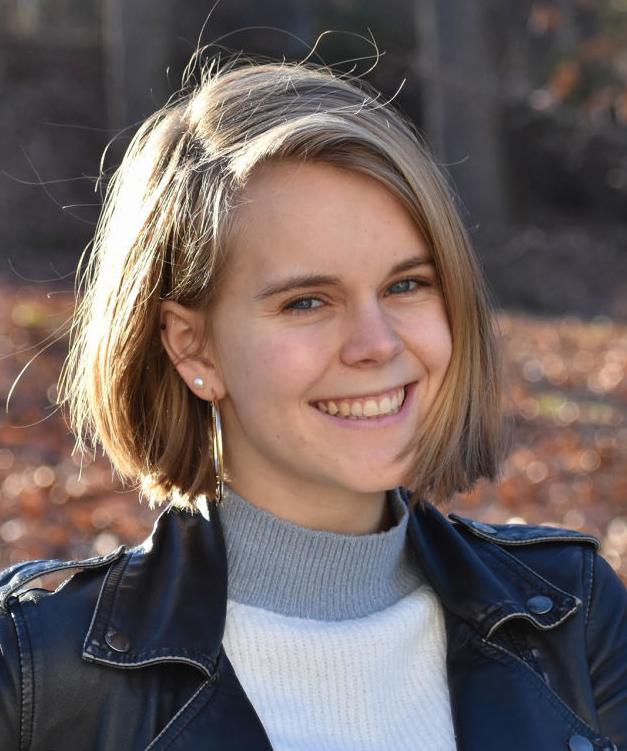 A Charlottesville woman and St. Anne’s-Belfield graduate who was stabbed to death near the campus of Barnard College in New York City was “a good friend, respected classmate, trusted teammate, and creative and passionate musician,” school officials said Thursday.

Tessa Majors, who graduated in 2019, turned 18 in May and set off for the elite liberal arts college this fall, a member of what the college has called the “most selective and diverse class” in its 129-year history as only 11% of applications were accepted.

“Her death is an immeasurable loss, and we mourn alongside the Majors family and all who knew and loved Tess,” said St. Anne’s head of school David Lourie.

In an email to The Daily Progress, New York Police Department officials said their officers responded to a 911 phone call at around 5:36 p.m. Wednesday about a woman who had been assaulted “in the vicinity of West 116th Street and Morningside Drive.”

“Upon arrival, officers discovered an unconscious 18-year old female with multiple stab wounds about the body,” a police spokesman said. “Emergency medical services responded and transported the victim to Mount Sinai/St. Luke’s Hospital where she was pronounced deceased. There are no arrests at this time and the investigation is ongoing.”

Majors is the daughter of James Madison University professor and novelist Inman Majors. Barnard College President Sian Leah Beilock said he and his wife were on their way to New York City.

“Tessa was just beginning her journey at Barnard and in life. We mourn this devastating murder of an extraordinary young woman and member of our community,” Beilock said in a message to the college’s student body. “This is an unthinkable tragedy that has shaken us to our core.”

“Tess shone brightly in this world and our lives will never be the same,” a family member told The Daily Progress on Thursday.

“She was super engaging and had very wide-ranging interests and friends. She was just so smart; she was a great songwriter and she loved music. She was just very alive,” the family member said. “She was interested in making the world a better place.”

“We’d get together at Thanksgiving, and she would pull out her guitar and entertain us with some covers and some of her own songs. We sure loved that,” they said.

According to police officials and media reports, Majors was walking near the college in Morningside Park when she was approached by several teenage boys who apparently attempted to rob her.

Some reports indicated that Majors resisted the robbery attempt and that she was stabbed several times. She made it to a school guard house, but the guard was out of the building and on rounds. She was found 30 minutes later upon his return and died of her injuries despite emergency medical care.

“At the moment, our school is mourning this tremendous loss and we have made our school counselors as well as faculty and administrators available to our students and alumni,” said Beth Stefanik, director of communications for St. Anne’s-Belfield.

New York City Mayor Bill de Blasio said in a tweet that “the close-knit community at Barnard College is in shock right now. We’ve lost a young woman full of potential in a senseless act of violence. I want every student and every member of faculty to know your city will be with you in the days ahead.”

The mayor also tweeted that “we will find the perpetrators of this crime and bring them to justice. We are increasing the NYPD’s presence in the area immediately. We will keep this community safe, arrest the perpetrators and ensure nothing like this can happen again.”

During Majors’ senior year in high school she served as an intern with the Augusta Free Press, covering a variety of stories from Waynesboro City Council budget sessions to a review of the area’s music scene.

She also wrote music and laid the groove as a bass guitarist with the local band Patient 0. The band, which played shows at local venues including The Southern, recorded and released an album available on Spotify. She had even arranged to play in some New York venues, friends said.

“She was so excited about going to college and going to New York,” recalled Chris Graham, editor of the Free Press. “We talked about going from the small town to New York and she so wanted to be a part of the hustle and bustle of the big city. She was ambivalent about journalism, but she sent me an email in November saying she was going to take some journalism classes.”

In a May podcast with Graham, Majors said she wasn’t sure what her major would be at Barnard but that she was looking forward to her time at the college. She said working for the newspaper was a continuation of her love for writing.

“I’ve always loved writing. I’ve been writing in various forms since I was little kid. I’d write a journal, write about myself, write poetry and I’ve recently started writing songs but journalism was a field I’d never really delved into before,” she said in the podcast.

Music was a major life interest, she said. In her last story for the Augusta Free Press, she interviewed Molly Murphy of the band The Judy Chops. In interviews with other musicians she said she heard the same thing that Murphy said about a lack of venues and outlets for local musicians in the area.

“The one thing I’ve learned from this internship is you can’t set on an idea when writing a story. It’s all about thinking on your feet,” she said in the podcast. “I was originally going to talk about the nice aspects of the music scene and I found out there was a big issue with a lot of places to play, especially for young people.”

She recommended that young musicians investigate the Charlottesville-based Music Resource Center where she and Patient 0 recorded their album “Girl Problems.”

“If you’re going once a week, it’s totally worth it. You have access to amazing facilities and professional recording equipment you can’t get at that rate anywhere else,” she said. “It’s really affordable and has great facilities for making music.”

Majors said she emailed The Southern about opening for an act that was coming to Charlottesville. Although she was turned down, she said the band was accepted for another show later.

“It’s important to be able to take the chances,” she said. “No one is going to judge you for reaching out so you might as well do it.”

Alice Fox, director of the Music Resource Center, said the organization and its membership have been hard hit by her death.

“The entire MRC family is devastated by the loss of Tess Majors,” Fox told The Daily Progress. “An integral part of the MRC community, Tess was friendly, outgoing, and incredibly supportive of other MRC members. Tess was a talented musician and spent hours at the MRC recording and producing her most recent album “Girl Problems” with her band Patient 0. All of us at the MRC are mourning the loss of Tess, and our deepest condolences go out to her family and loved ones.”

Barnard College is located in the NYPD’s 26th Precinct. The area had one murder between November 2018 and Dec. 10, according to NYPD statistics. The number was the same as the area had the previous year, the statistics show.

There were 120 robberies reported in the precinct in the same November 2018 to December 2019 time period compared to 95 robberies in the previous year, for a 26.3% hike, according to NYPD statistics. However, the statistics show a significant decrease in all violent crimes during the past 10 years.

“I’m devastated. I’m increasingly devastated as the day goes on,” he said. “She was a go-getter and ready to take on the world and make it a better place in a hundred different ways. That’s the tragedy. We’ll never get to see what good she could have done in the world.”

Tess Majors, 18, of Charlottesville, was slain Wednesday night in an apparent robbery attempt near Barnard College.