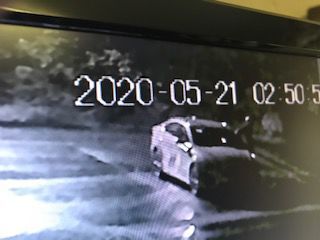 The public’s assistance is requested in identifying and finding a suspect wanted by the Augusta County Sheriff’s Office in a series of vehicle larcenies between May 20 and May 21.

The sheriff’s office took three reports on May 21 of items stolen from vehicles, a press release stated.

Two thefts were in Verona and one in Waynesboro.

Anyone who recognizes the individual in the photograph or the associated vehicle, is asked to contact Investigator R. L. Reid of the Augusta County Sheriff’s Office at (540) 245-5333 or Crime Stoppers at (800) 322-2017.