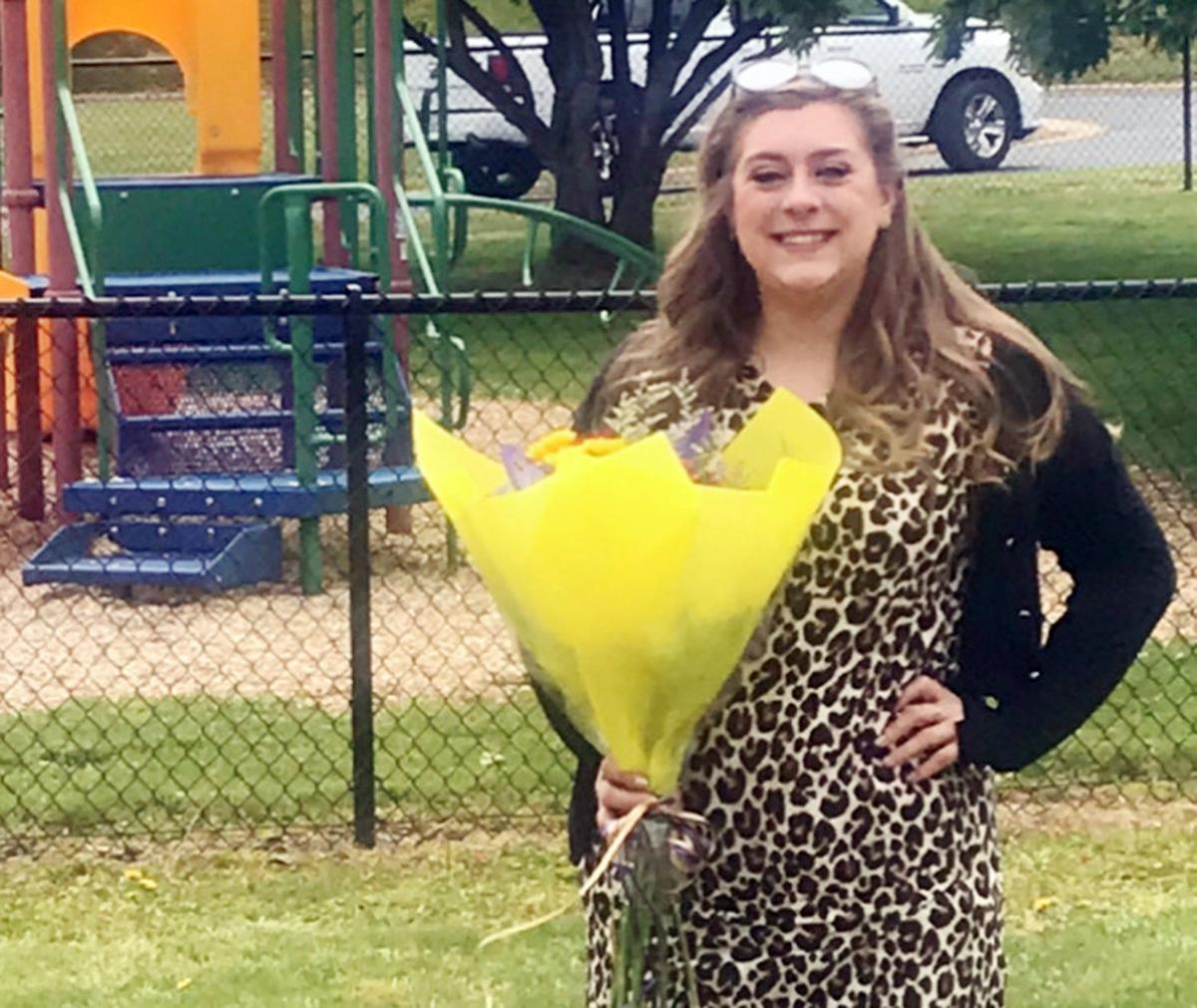 Alexandria Lancaster, a kindergarten teacher at William Perry Elementary School, is Waynesboro Schools' Teacher of the Year for 2020. 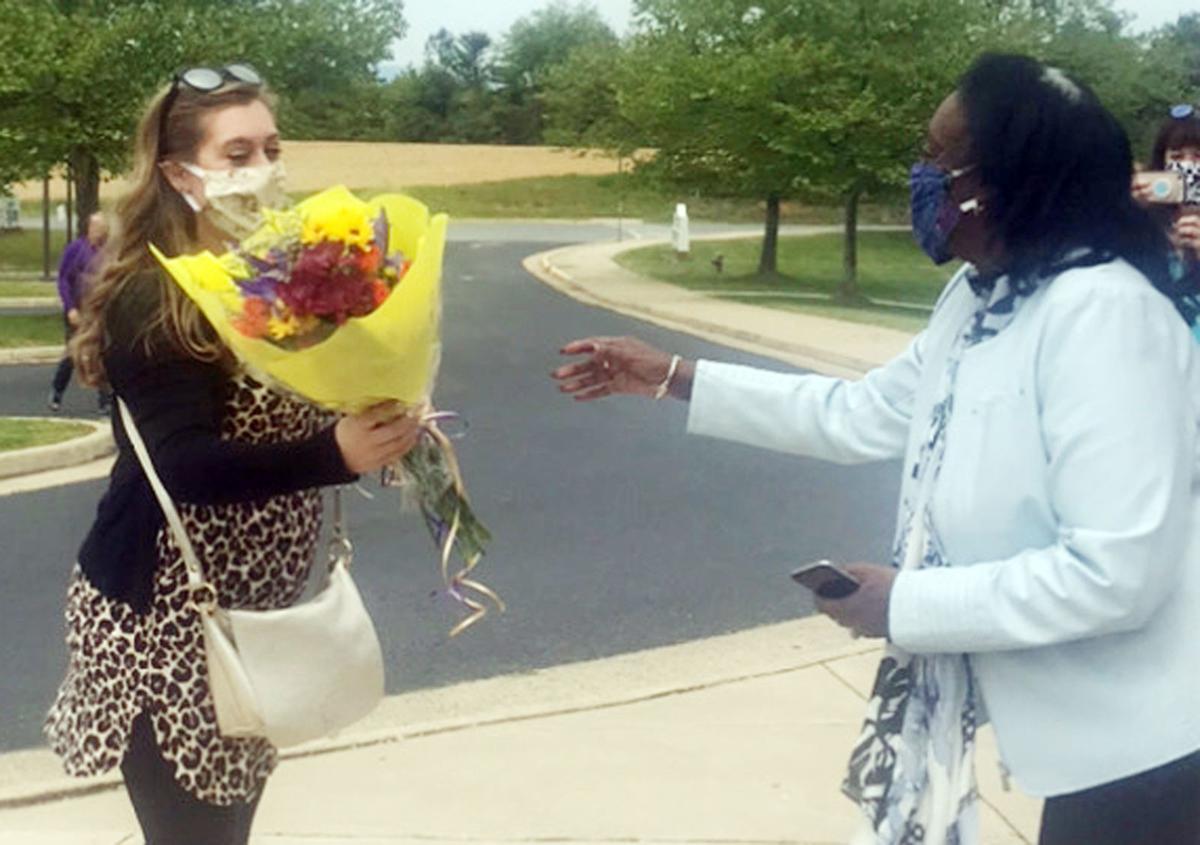 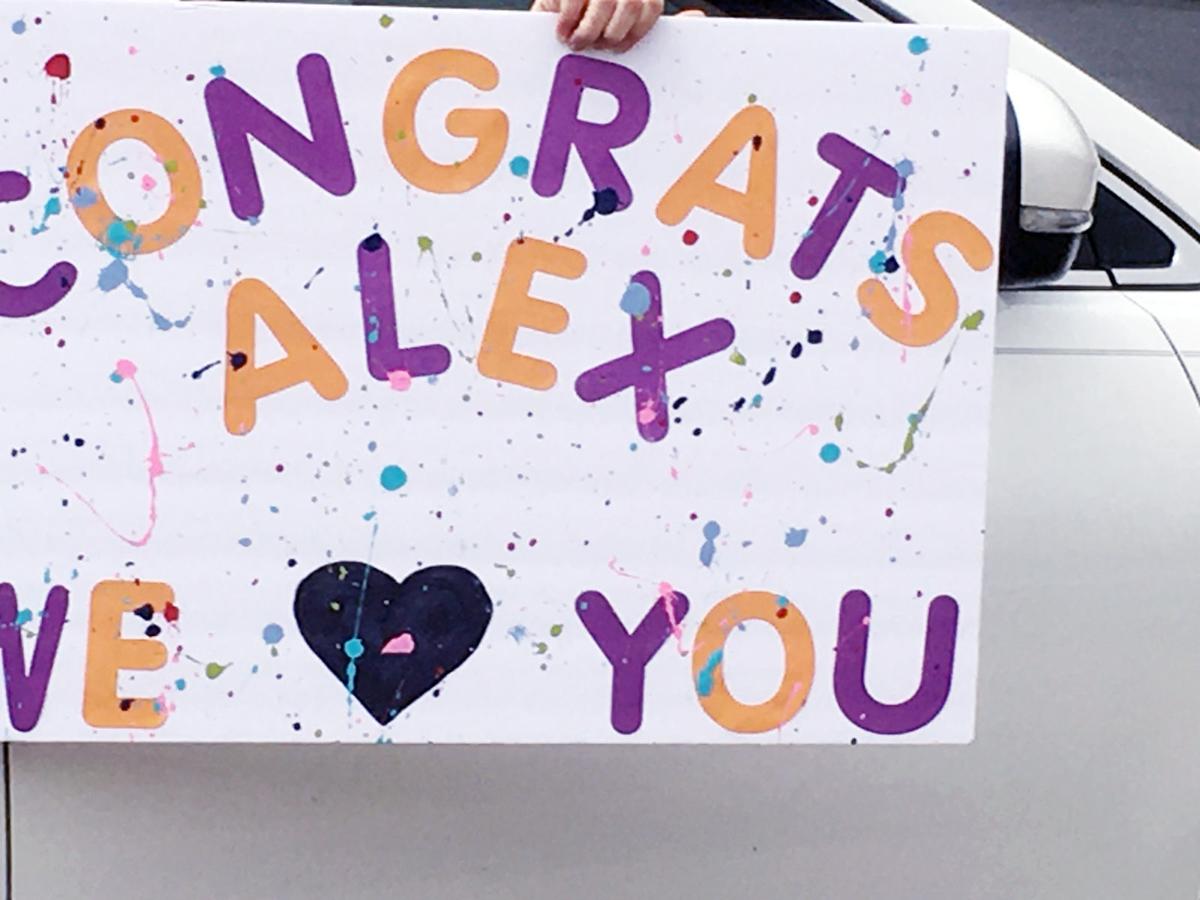 William Perry Elementary School teachers lined up in cars at the school Wednesday afternoon to congratulate kindergarten teacher Alexandria Lancaster, who is Waynesboro Schools Teacher of the Year for 2020.

Alexandria Lancaster, a kindergarten teacher at William Perry Elementary School, is Waynesboro Schools' Teacher of the Year for 2020.

William Perry Elementary School teachers lined up in cars at the school Wednesday afternoon to congratulate kindergarten teacher Alexandria Lancaster, who is Waynesboro Schools Teacher of the Year for 2020.

Alexandria Lancaster’s focus as a kindergarten teacher at William Perry Elementary School is building a relationship with each one of her students.

She is Waynesboro Schools’ Teacher of the Year for 2020.

“I’ve always known I wanted to do something with children,” said Lancaster, 29, who lives in Charlottesville.

A graduate of Albermarle County High School, Lancaster’s father is about to retire after 28 years with the U.S. Army so she grew up all over the country.

But once the family moved to Charlottesville when Lancaster was in eighth grade, she said her father wanted her to have the typical high school experience and spend all four years at one school while he continued to different posts for the military.

Before college, Lancaster said she considered becoming a music teacher or a school counselor.

Her grandmother was a teacher, her father teaches at the Air Force Judge Advocate General’s School and her mother is a teacher.

“We have a whole line of teachers [in my family],” Lancaster said.

As a military child, Lancaster said she frequently changed schools and experienced learning gaps in her education.

“So it was really important to me when I decided to [become a teacher] that no kid in my classroom felt like they were missing something,” Lancaster said.

Lancaster graduated from Radford University in 2013 with a degree in Interdisciplinary Studies.

She began as a teacher aid in Albermarle County and came to Waynesboro Schools in 2015.

“I was so lucky to get this job in Waynesboro,” Lancaster said.

Lancaster said being a teacher at William Perry Elementary “is absolutely amazing.”

The students and staff at the school “are the biggest family.”

She said each member of that family roots for the other members of the family.

Lancaster came to William Perry Elementary on Wednesday afternoon under the pretense that she would be a member of a panel interviewing a potential employee for the school.

When she arrived, she saw a row of vehicles driven by her fellow teachers holding signs congratulating her.

“I literally cried like a baby. That was probably the greatest experience of my life. That melted my heart,” Lancaster said.

William Perry Elementary School Principal Tammy Hipes said she is thrilled Lancaster is Waynesboro Schools’ Teacher of the Year for 2020.

“She is the perfect kindergarten teacher,” said Hipes. “She is patient, kind, engaging, involved, and passionate about her students and their families.”

Hipes said that Lancaster “goes above and beyond to support her students and colleagues. Her students grow in leaps and bounds because of the relationships that she builds with her students.”

“She embraces student differences and allows for multiple styles of learning and teaching,” Hipes said.

According to Hipes, Lancaster is a team player at William Perry Elementary, “and makes her decision by asking: ‘What is best for kids?’”

“I think what’s unique about it is every school selects its own Teacher of the Year,” said Waynesboro Schools Assistant Superintendent Vermell Grant of the nomination process.

She said the school system does not have criteria for Teacher of the Year. Nominees from each school are selected by peers based on the peers’ perspective.

“They judge qualities of an individual they most admire and they think is most important for serving their community,” Grant said.

After each of the six schools has selected a nominee, the nominees fill out information packets about themselves.

According to Grant, the seven members of the selection committee are different each year, but come from the same community groups.

They include teachers from Waynesboro’s elementary schools, middle school and high school, a previous Teacher of the Year winner, parents, school administrators and community business owners or business partners.

Grant said each member scores each nominee’s packet on a matrix from his/her perspective.

“It’s just amazing every year when you look at this group of people,” Grant said. She added she has admiration for what they do for Waynesboro’s schools and community.

Each of the six Teacher of the Year nominees makes “significant contributions” to the school system, Grant said. Picking one winner is difficult.

“It’s always such a difficult process. These individuals have so many outstanding qualities,” she said.

Each nominee “truly represents what we believe or what we admire most for Waynesboro Schools.”

“Teaching is an extremely noble and challenging profession, and all six nominees should be celebrated for their hard work and dedication,” said a member of the selection committee in comments to Grant about this year’s nominees.

The selection committee member said that Lancaster “thoroughly impressed me with her biography and philosophy of teaching. Specifically, when addressing her students’ needs she stated: ‘If they came in frustrated, tired, or sad, I will know immediately because I have taken the time to look them in their eyes and say hello.’”

“Her ownership of her students’ emotional needs touched my heart, especially because she is working with an age of children that are brand new to public education and require/desire that personal connection,” the selection committee member said. “Her commitment to inclusivity and emphasis on students’ mental health is impressive.”

The selection committee member said that Lancaster’s demonstrations of teamwork and workplace pride show she has great potential for a teacher with only four years experience in public education.

“I am excited to see her professional growth within Waynesboro Public Schools,” the member of the selection committee said.