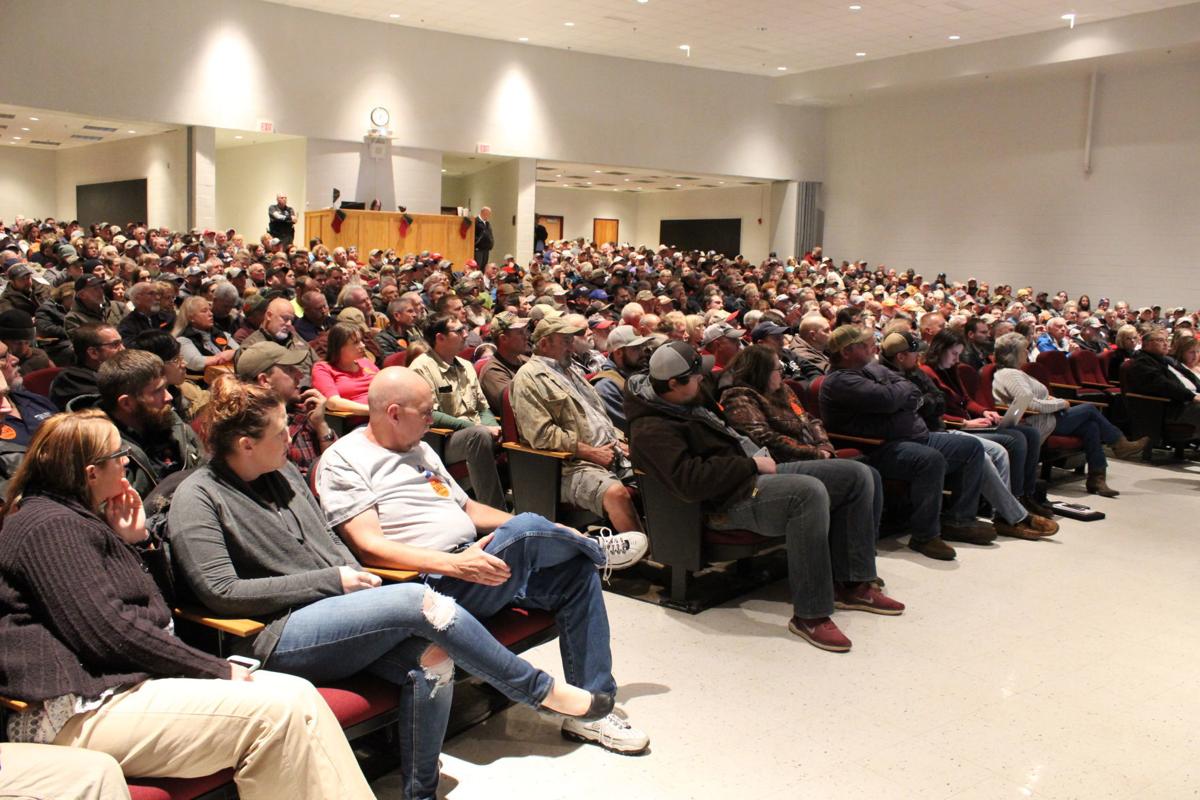 About 1,800 people attended a special meeting of the Augusta County Board of Supervisors at Stuarts Draft High School in Stuarts Draft on Wednesday, Dec. 4, 2019, to consider a Second Amendment sanctuary resolution. 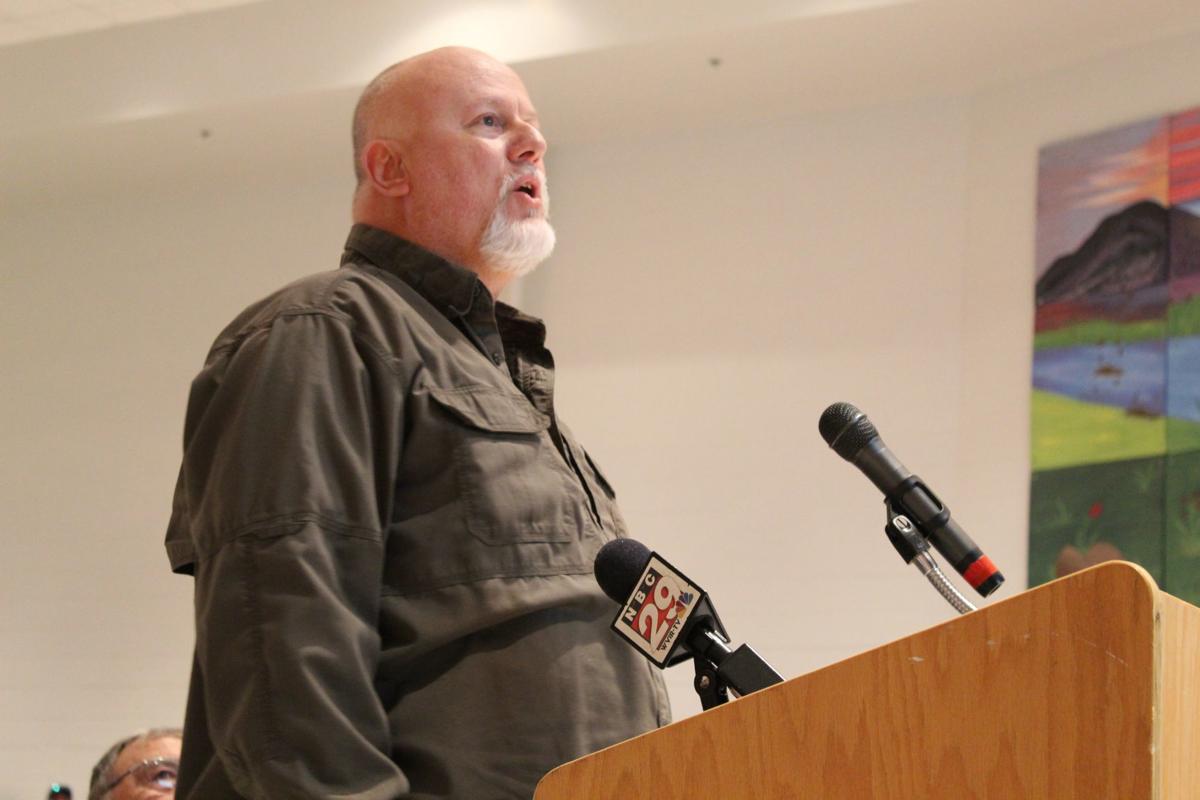 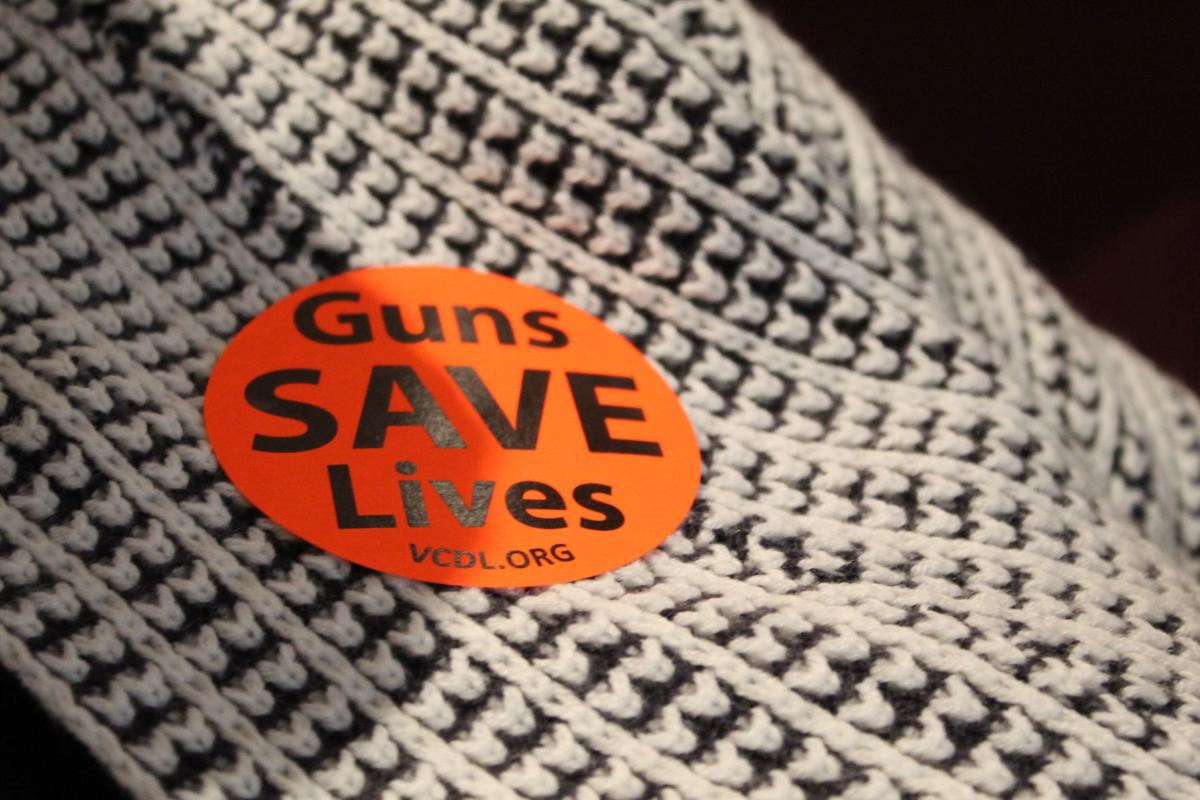 About 1,800 people attended a special meeting of the Augusta County Board of Supervisors on Wednesday, to consider a Second Amendment Sanctuary resolution.

About 1,800 people attended a special meeting of the Augusta County Board of Supervisors at Stuarts Draft High School in Stuarts Draft on Wednesday, Dec. 4, 2019, to consider a Second Amendment sanctuary resolution.

About 1,800 people attended a special meeting of the Augusta County Board of Supervisors on Wednesday, to consider a Second Amendment Sanctuary resolution.

Augusta County joined more than 40 counties across the state in adopting a Second Amendment sanctuary resolution after the board of supervisors unanimously voted for a resolution Wednesday at a special meeting held at Stuarts Draft High School.

The movement of counties declaring themselves a sanctuary began after the November election in which Democrats won full control of the General Assembly. To counter possible gun control laws, counties across the Commonwealth are adopting resolutions to enforce their stance on supporting Second Amendment rights.

The resolution as passed reads in part, “the Augusta County board of supervisors wishes to express opposition to any law that would unconstitutionally restrict the rights under the Second Amendment of the citizens of Augusta County to bear arms.”

Wednesday’s special meeting was called after the board heard concerns from citizens on the matter. About 1,800 people were in attendance, and a total of 42 community members spoke at the meeting — 39 in favor of passing a resolution and three against.

Fellow community member Phillip Martin agreed with Allen’s sentiment, stating that once Second Amendment rights are taken away the others will follow.

“I see this as the only reasonable course of action. Senate bills have already been pre-filed pushing extreme leftist positions. How many law abiding citizens in this room would be instantly deemed felons?” Martin said. “These bills are not about making anyone safer, nor will they accomplish that. They’re about extremists stripping law abiding citizens of their guns, leaving us defenseless.”

Tom Ingle said the proposed resolution was “unnecessary” and “puts the cart before the horse.”

“No one knows exactly what new laws the legislature in Richmond may pass, but the likely options do not threaten Second Amendment rights,” he said. “There is nothing for Augusta County to seek so-called sanctuary from. While we do not know what laws legislature may pass, we know very well that gun violence is a daily occurrence in America.”

“What I’ve come to really understand is that without the Second Amendment, we have no protection over Bibles,” Harris said.

After hearing from 41 speakers, chairman and Middle River supervisor Gerald Garber called Augusta County sheriff Donald Smith as the final speaker. Smith said the “Constitution is the law,” and that the oath of his office was to honor the Constitution.

Rather than raise their rights hands, chairman Garber had the board stand to signify their unanimous vote on the resolution.

“This is a very critical issue. It’s taking a stand to protect your constitutional rights and sending a message to Richmond that we will not standby and do nothing,” Pastures supervisor Pam Carter said. “It’s our obligation to you, the citizens, to stand up. As or first speaker started out saying, I will close in saying — don’t mess with Augusta County.”