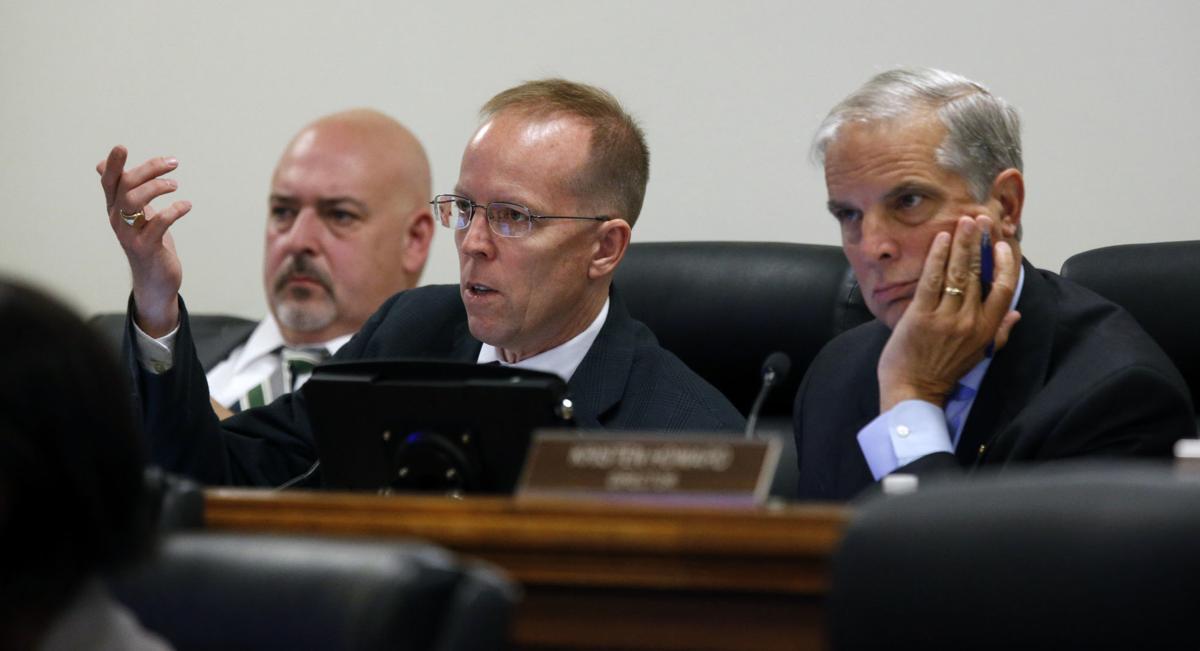 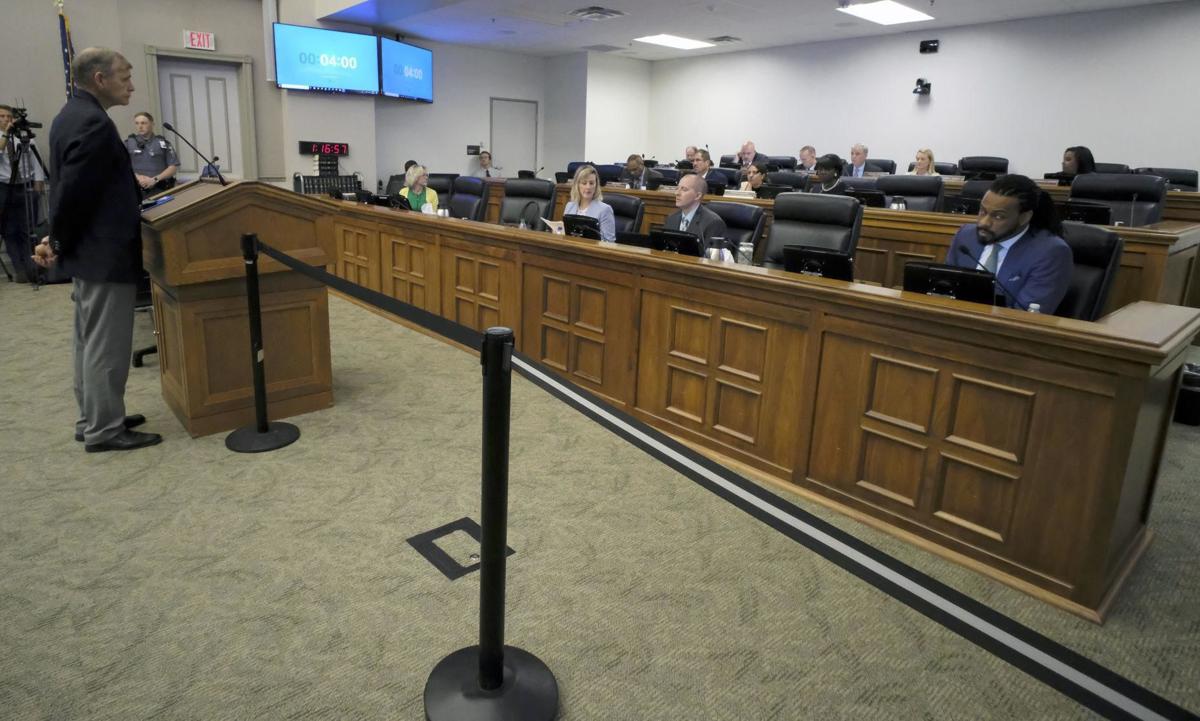 Andrew Goddard, whose son Colin survived after being wounded during the mass shooting at Virginia Tech in 2007 that left 32 dead, speaks before the Virginia State Crime Commission on Aug. 20 about the need for gun control measures in Virginia.

Del. Delores McQuinn, D-Richmond, center, adresses the Virginia House of Delegates on July 9 during the special session on gun violence. The session lasted just over an hour and a half and adjourned with all gun bills referred to the Virginia State Crime Commission. 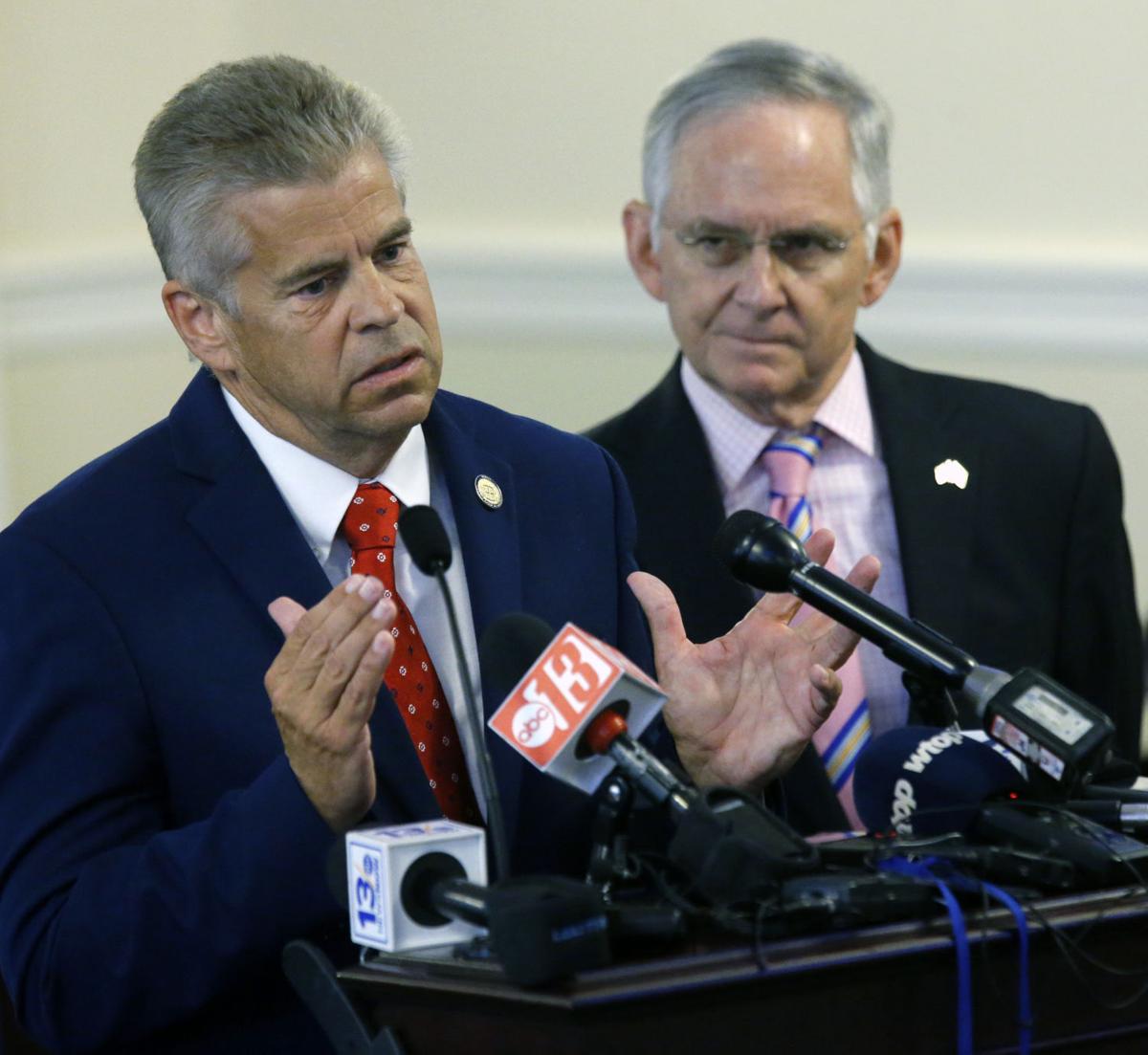 Andrew Goddard, whose son Colin survived after being wounded during the mass shooting at Virginia Tech in 2007 that left 32 dead, speaks before the Virginia State Crime Commission on Aug. 20 about the need for gun control measures in Virginia.

Del. Delores McQuinn, D-Richmond, center, adresses the Virginia House of Delegates on July 9 during the special session on gun violence. The session lasted just over an hour and a half and adjourned with all gun bills referred to the Virginia State Crime Commission.

ROANOKE — After months of studying the causes of gun violence, the Virginia State Crime Commission issued a report with no recommendations on how to curb the deadly toll in Virginia.

Gov. Ralph Northam called for a special session in July to take up gun control measures in the wake of the May 31 mass shooting in Virginia Beach, but Republicans used their slim majorities in the General Assembly to end the session in just 90 minutes and shift the legislation to the crime commission. Republicans chastised Northam for pulling an "election-year stunt" and putting "politics over policy," and they said they would "take a thoughtful and deliberative approach."

Then the election happened last week. Republicans lost their majorities in the House of Delegates and Senate.

"The absence of recommendations should not be interpreted as a finding that no changes to Virginia's law are necessary," the report states. "Any changes to these laws are policy decisions which can only be made by the General Assembly."

Democrats campaigned on the promise of enacting gun control in Virginia. They've complained that Republicans for years bottled up their bills in committees.

After last week's election, Republicans canceled a meeting of the 13-member crime commission set for Tuesday. They had scheduled for the legislature to convene Nov. 18 to consider legislation, but now they've said that session will be pro forma, meaning it'll be brief and won't include any legislative action.

The crime commission, a bipartisan advisory body that studies criminal justice issues and makes recommendations to the General Assembly, met over two days in August, hearing from researchers and public health officials about data on gun injuries and deaths as well as ideas for how to bring down the number of people shot in Virginia.

Northam said all the bills introduced during the special session will appear again when the legislature convenes next year. Democrats' proposals included a ban on military-style assault weapons, universal background checks, reinstating the state’s lapsed one-handgun-a-month law, and allowing courts to temporarily ban people from possessing firearms if there are clear signs that they pose a danger to themselves or others.

“I suspect most of the work will be done in January,” Northam said last week.

RICHMOND — Twelve years ago, Andrew Goddard, whose son Colin survived four bullet wounds at the 2007 Virginia Tech shootings, sat in a room at the Capitol in Richmond and watched state lawmakers reject a measure that would have expanded background checks for firearm sales.

General Assembly adjourns with no action on gun bills, election 4 months away

U.S. Sen. Tim Kaine pushed back against Republicans in the Virginia General Assembly who say their plan to have the state crime commission review gun control legislation is similar to what he did as governor following the 2007 Virginia Tech shootings.

RICHMOND — For more than a decade Lori Haas, whose daughter survived after being shot during the 2007 shootings at Virginia Tech, has been advocating for universal background checks.

The commission has 13 members, including nine legislators, three gubernatorial appointees and a representative of the attorney general's office.