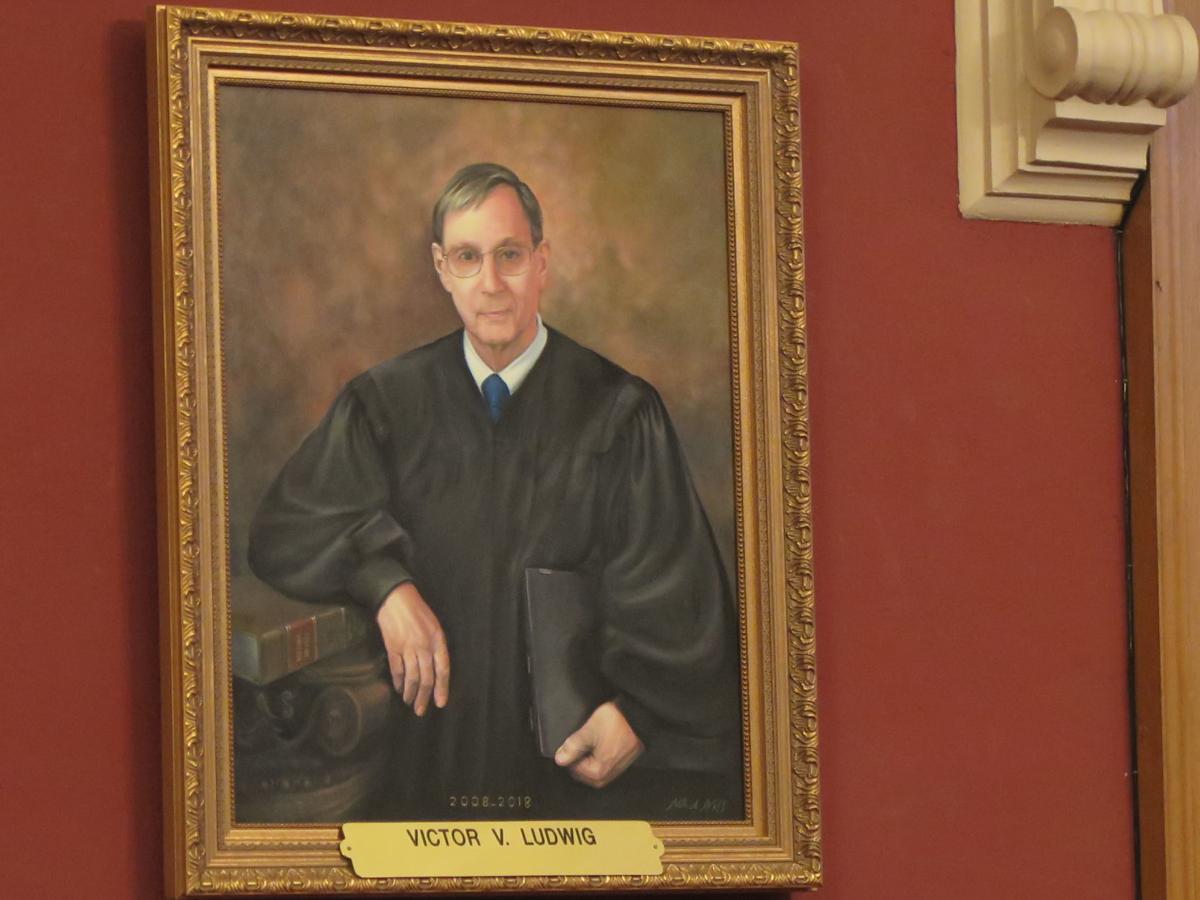 A portrait of now retired Judge Victor Ludwig was unveiled in the Augusta County Circuit Court on Monday to honor his many years of service. 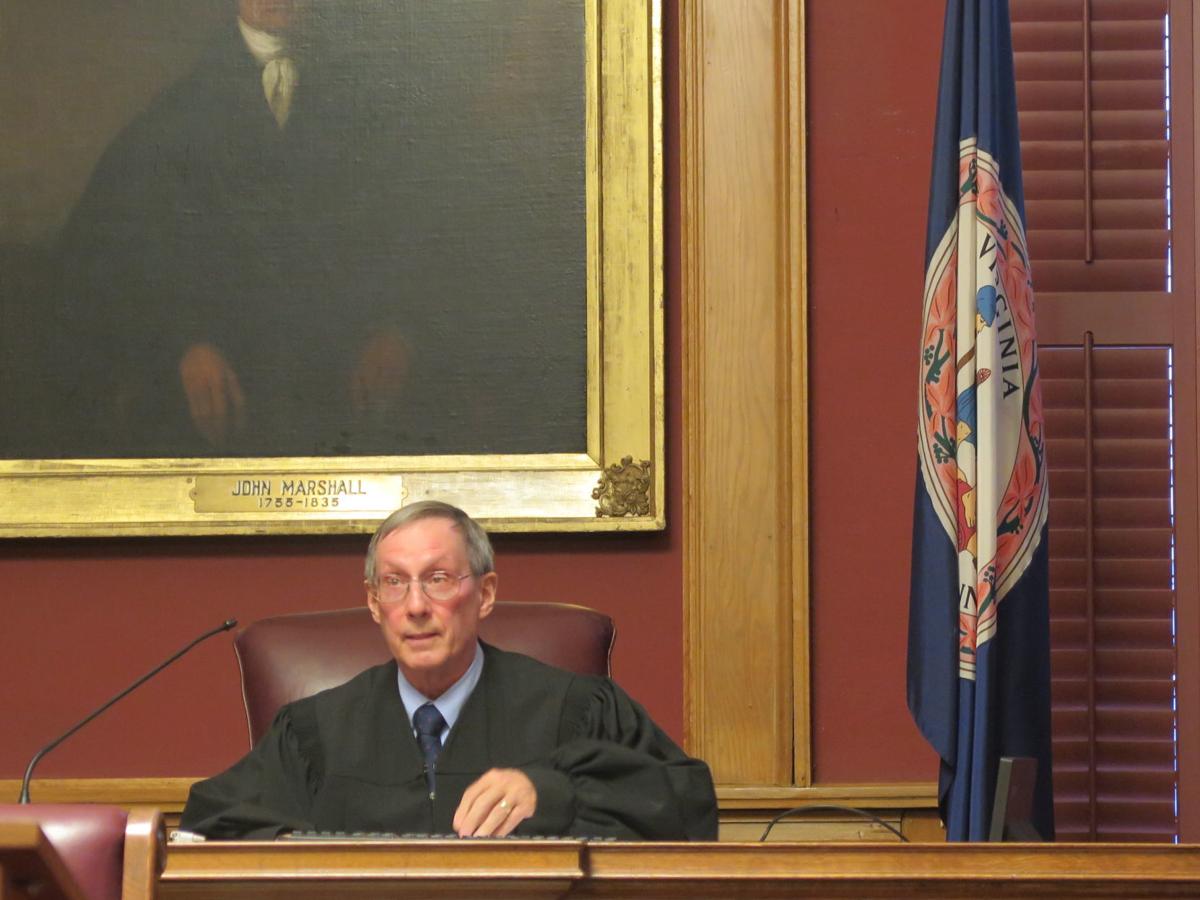 Judge Victor Ludwig addressed the crowd attending the unveiling of his portrait in Augusta County Circuit Court on Monday.

A portrait of now retired Judge Victor Ludwig was unveiled in the Augusta County Circuit Court on Monday to honor his many years of service.

Judge Victor Ludwig addressed the crowd attending the unveiling of his portrait in Augusta County Circuit Court on Monday.

After a distinguished career in law that ended with 10 years of service as judge of Augusta County Circuit Court, Judge Victor Ludwig, who retired last year, has his portrait hanging in a courtroom gallery among portraits of his predecessors.

The portrait was unveiled Monday afternoon in the Augusta County Circuit Court in Staunton. Present at the celebration were Ludwig’s family, along with former colleagues and friends.

“It’s an honor I cannot overstate, to join these lines on the wall,” Ludwig said after the unveiling as he looked upon his portrait situated among the visages of the judges before him. “For me to hang on the wall with them is really pretty special.”

David Ledbetter, Commonwealth’s attorney and treasurer of the Augusta County Bar Association, presented a Resolution of Appreciation on behalf of the Bar Association to honor Ludwig for his service and his legacy.

Ludwig earned his law degree in 1974 from the University of Virginia after serving in the United States military, according to biographical background provided in the Resolution of Appreciation.

Reading from the resolution, Ledbetter said that Ludwig distinguished himself by his scholarly approach to cases and detailed understanding of legal issues, as well as strict adherence to the separation of powers.

“He has won respect of his colleagues on the bench and dully entertained, and sometimes terrified, the attorneys who practiced before him, but with the dignity that enhanced the public perception of the law and court,” Ledbetter said.

Among the many roles and accomplishments achieved throughout his long career, Ludwig practiced law privately, worked as a partner, served on the Juvenile Domestic Relations District Court, was always deeply involved with his community, and in 2008 was elected by the General Assembly to serve as judge of Augusta County Circuit Court.

When he was made judge of Augusta County Circuit Court, Ludwig recalled saying that he could not promise he would be as distinguished as his predecessors, but, he said: “I can assure you — and you have my word — that I will do my best.”

Looking back on his career, Ludwig said he kept that promise.

“I do not know how well I succeeded in living up to your expectations, but I assure you, I kept my word and did my best,” he said.

“Borrowing from William Shakespeare and from T.S. Elliot: ‘I tell you, I’ll break my staff. I’ll drown my book.’ ‘For last year’s words belong to last year’s language, and next year’s words await another voice.’ I close my book here. I expect that other voices, the voices in the judges that succeed me in this position, will speak ably for the judiciary of Augusta County. It was an honor to serve you as a judge, and I wish you the very best,” said Ludwig.