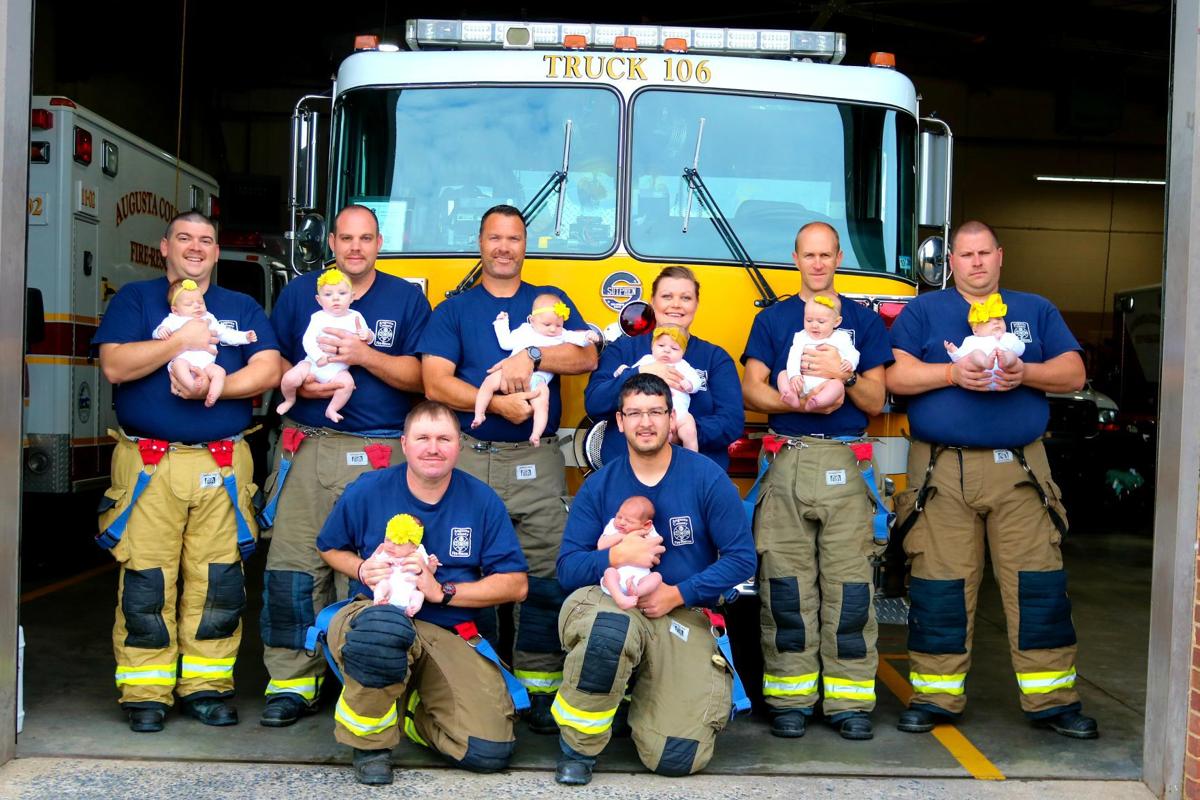 Members of the Augusta County Fire and Rescue squad pose for a photo with their newborn babies. 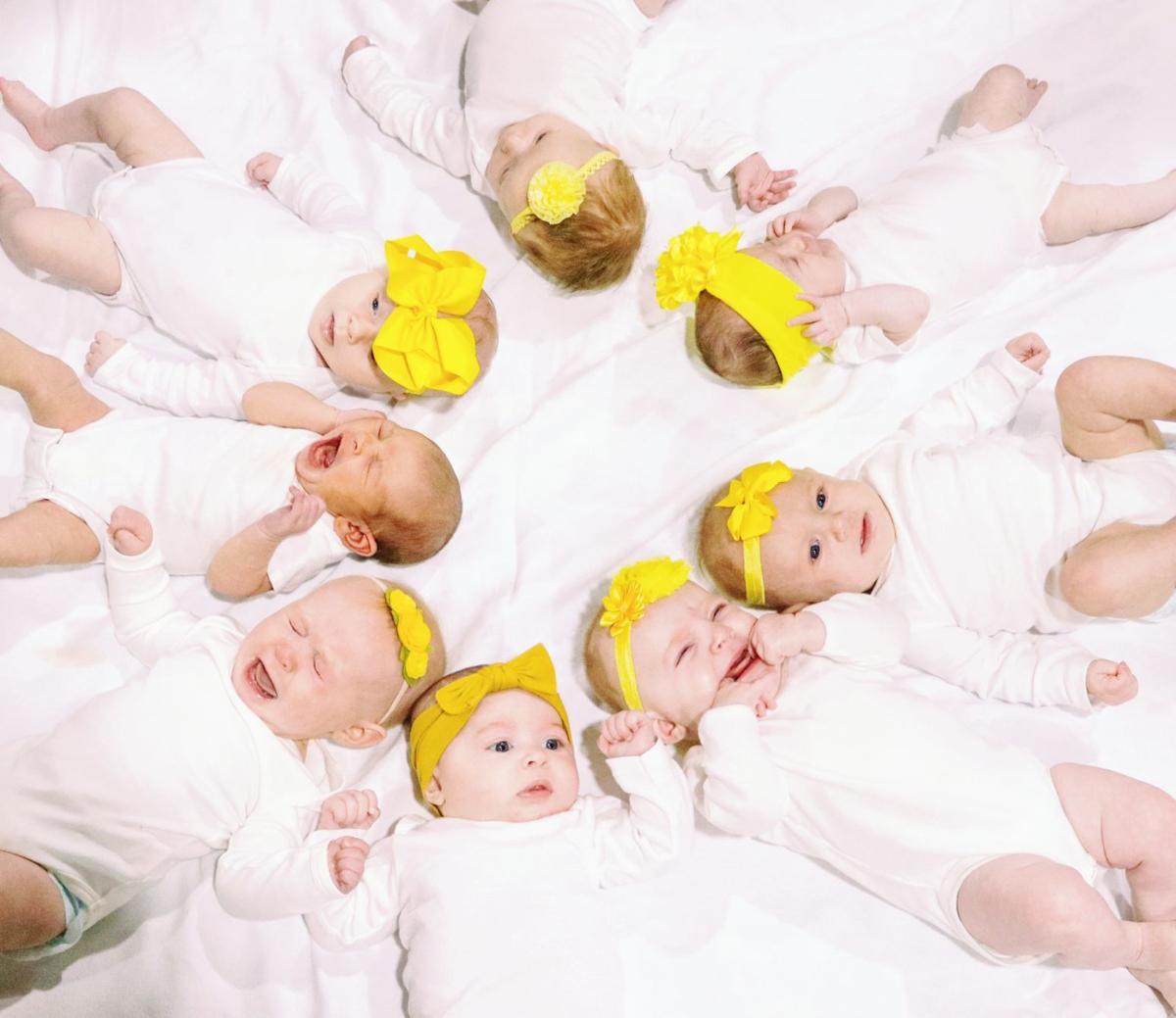 Members of the Augusta County Fire and Rescue squad pose for a photo with their newborn babies.

Augusta County Fire and Rescue added 11 new members to their crew this year – 10 baby girls and one baby boy.

The baby boom began in March and ended Sunday, Nov. 10. The group of newborns and their first responder parents recently gathered for a photoshoot to celebrate the occasion. Tonya Ruleman, wife of Lt. Christian Ruleman, took the group photos.

“We had planned to do this picture with the first four or five babies and then the number just kept growing so we waited awhile,” said Ruleman. “In a year, we would like to get them all together and do an updated picture of all of them.”

The influx of newborns was just a happy coincidence, Ruleman said.

Firefighter Jason Melton and his wife, Brittany, were one of the first babies born in the year — the couple’s third child, but first girl. Both Brittany Melton and Ruleman hope to keep the group of babies in touch as they grow up.

“As long as their dads and mom work together, they’re going to grow up around each other and see each other. These babies are going to all know each other,” Ruleman said.

“We’ve grown in friendship just from doing the photoshoot. It would be nice to see them grow,” Brittany Melton added. “We didn’t know that it was going to quite get to this level as far as publicity, but it kind of gets out there that, ‘Hey, these are firefighters and they are part of families, too.’ Now we can come together as family — brothers and sisters in the fire department.”

» Kinsley Via born Sept. 18 to firefighter Kenny Via