You are the owner of this article.
Edit Article Add New Article

Virus in review: British PM Boris Johnson moved to ICU. Here's what else you need to know. 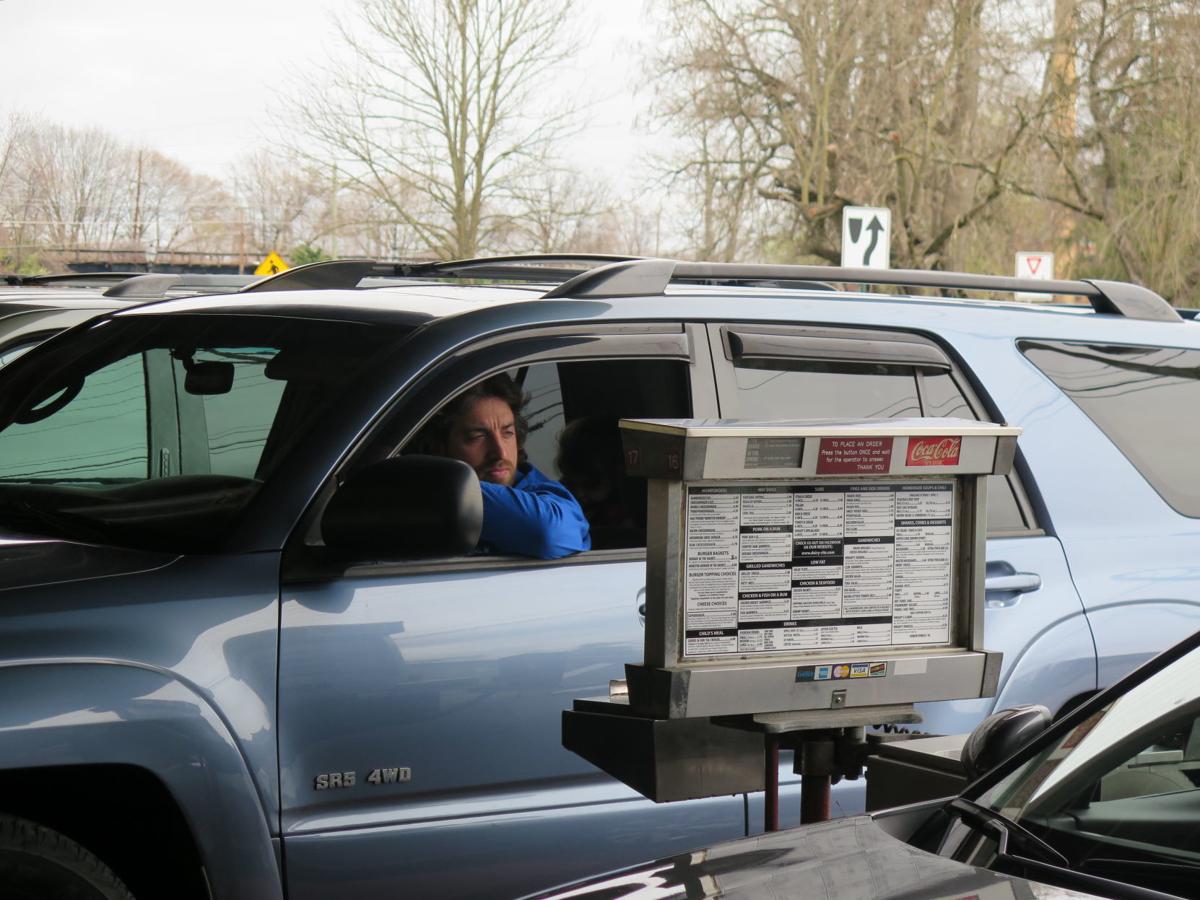 Jaysen Moody of Staunton orders an ice cream cone at one of Wright’s Dairy-Rite’s curbside order machines on Tuesday. 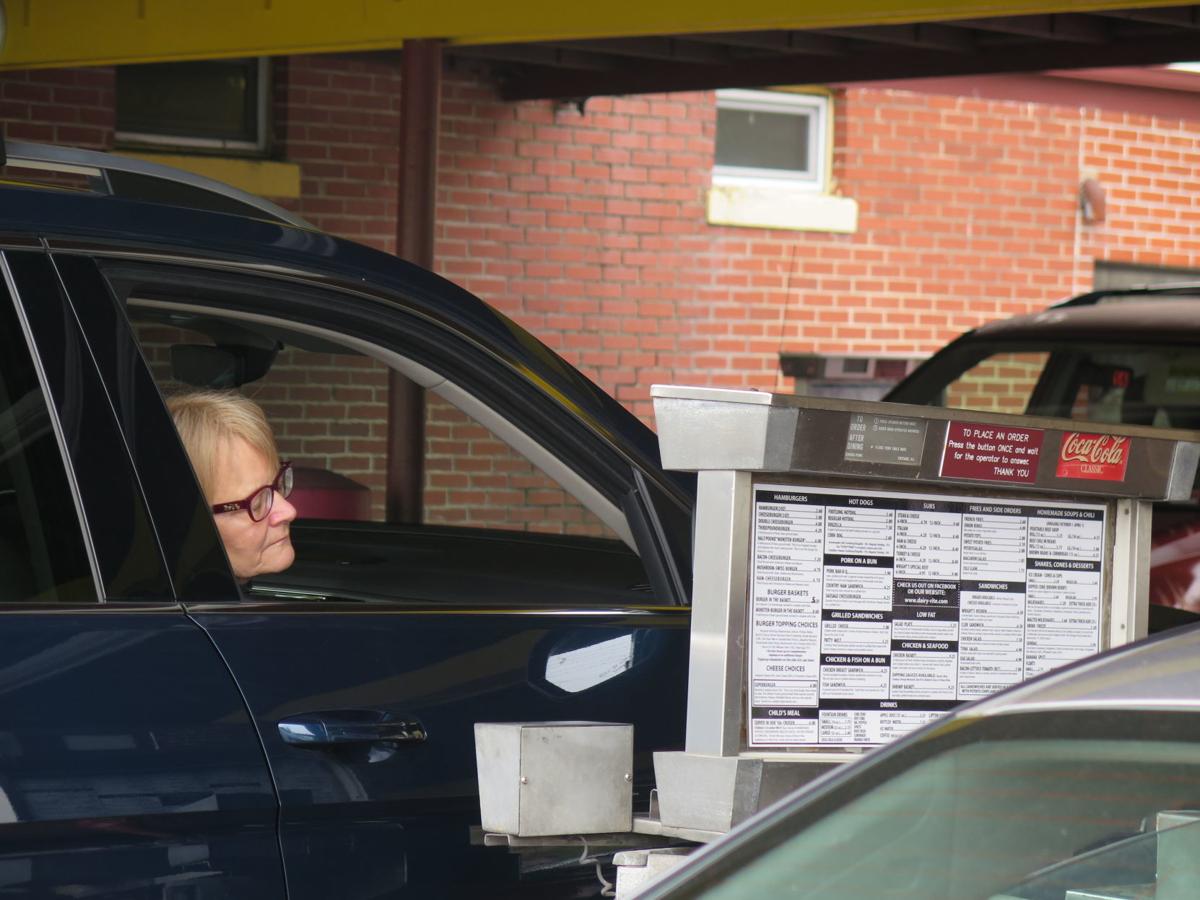 Peggy Jennings of Staunton orders food at a curbside machine at Wright’s Dairy-Rite on Tuesday, March 20, 2020. 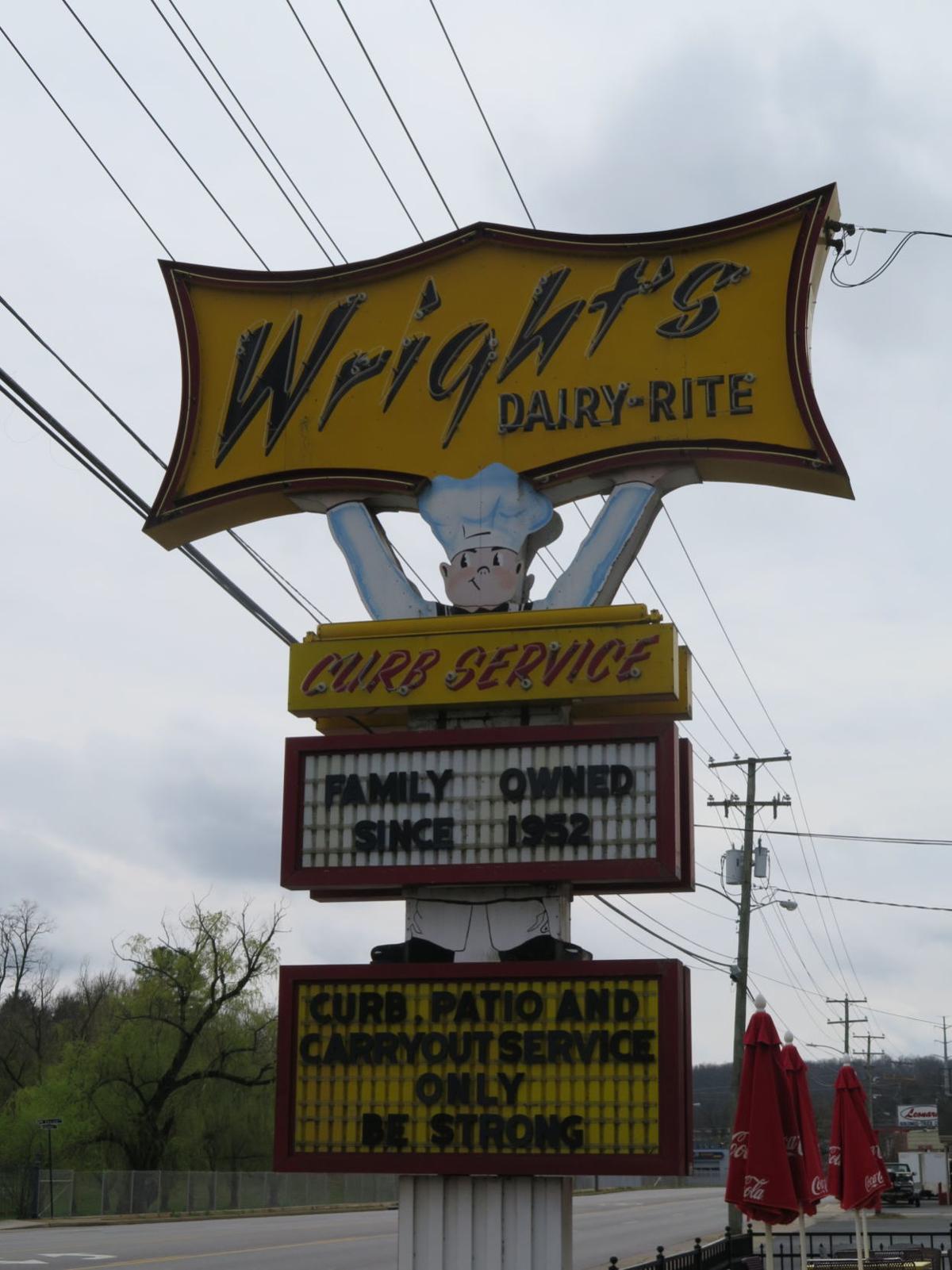 The sign at Wright’s Dairy Rite on Greenville Avenue in Staunton informs customers that curb, patio and carry-out service only are available during Gov. Ralph Northam’s restrictions on restaurants in order to stop the spread of the novel coronavirus on Tuesday, March 20, 2020.

Jaysen Moody of Staunton orders an ice cream cone at one of Wright’s Dairy-Rite’s curbside order machines on Tuesday.

Peggy Jennings of Staunton orders food at a curbside machine at Wright’s Dairy-Rite on Tuesday, March 20, 2020.

The sign at Wright’s Dairy Rite on Greenville Avenue in Staunton informs customers that curb, patio and carry-out service only are available during Gov. Ralph Northam’s restrictions on restaurants in order to stop the spread of the novel coronavirus on Tuesday, March 20, 2020.

By the 1970s, the restaurant began serving milk shakes and hamburgers to customers in a dining room area.

But thanks to COVID-19 quarantine and restrictions, Wright’s is having flashbacks to the 1950s.

Cash said the restaurant on Greenville Avenue began offering curbside, carry out and in-car service only as of last week.

“At one time, that was all we had,” Cash said of the restaurant’s origins.

According to Cash, days at the restaurant right now feel like “we’ve been put back in time.”

Wright’s Dairy-Rite was founded on Greenville Avenue by Forester and Alka Wright. Daughter Shirley Wright and son-in-law Elwood James took over ownership after the Wrights died in the early 1970s.

“This mode of service was deemed antiquated,” said Jim Cash of curbside service. “But we kept it going. It’s just kind of ironic in a sense that in a time of crisis — in a pandemic — social isolation” Wright’s is set up for the best business.

Jim Cash said that is what his father, Elwood Cash, wanted for the restaurant.

From 1957 to 1977, Wright’s fed customers curbside only, then what is now the entrance of the restaurant was built. An additional dining room was built in the 1990s.

The restaurant is keeping its same business hours, and, according to Jim Cash, no adjustments have been made to staff, which includes 25 hourly employees working part time and full time.

“That’s our main wish is that everyone stays employed,” Jim Cash said.

Elwood Cash said everything at Wright’s is “like it was before [coronavirus].”

Customers can pull up in their cars and order food brought out by waiters, on warm days patio tables and chairs are set up six-feet apart in accordance with Gov. Ralph Northam’s restrictions for social distancing, and, as always, carry-out is an option.

He said teenagers would drive their cars around the Wright’s parking lot in the 1950s and 1960s.

“This was a hangout for teenagers,” he said.

During all seasons, Jim Cash said the restaurant’s dine-in option is No. 1 among customers, but in the last week with the dining room closed that has changed.

And while warm weather encourages more customers to frequent the restaurant on Route 11, Jim Cash said that cooler weather is still bringing 95% of the customer base in for hamburgers, ice cream cones, French fries and sodas.

Charlie and Betty Barnes of Waynesboro drove in Tuesday afternoon and ate lunch in their car.

Betty Barnes said that she grew up in the area and has been coming to eat at Wright’s Dairy since she was 12 years old.

Coronavirus outbreak: COVID-19 stories in and around The Valley

To help keep the community informed about critical developments during the current COVID-19 pandemic, The News Virginian has dropped its paywa…

Best place to get a rootbeer float and a footlog hotdog.I worked there when I was in high school.