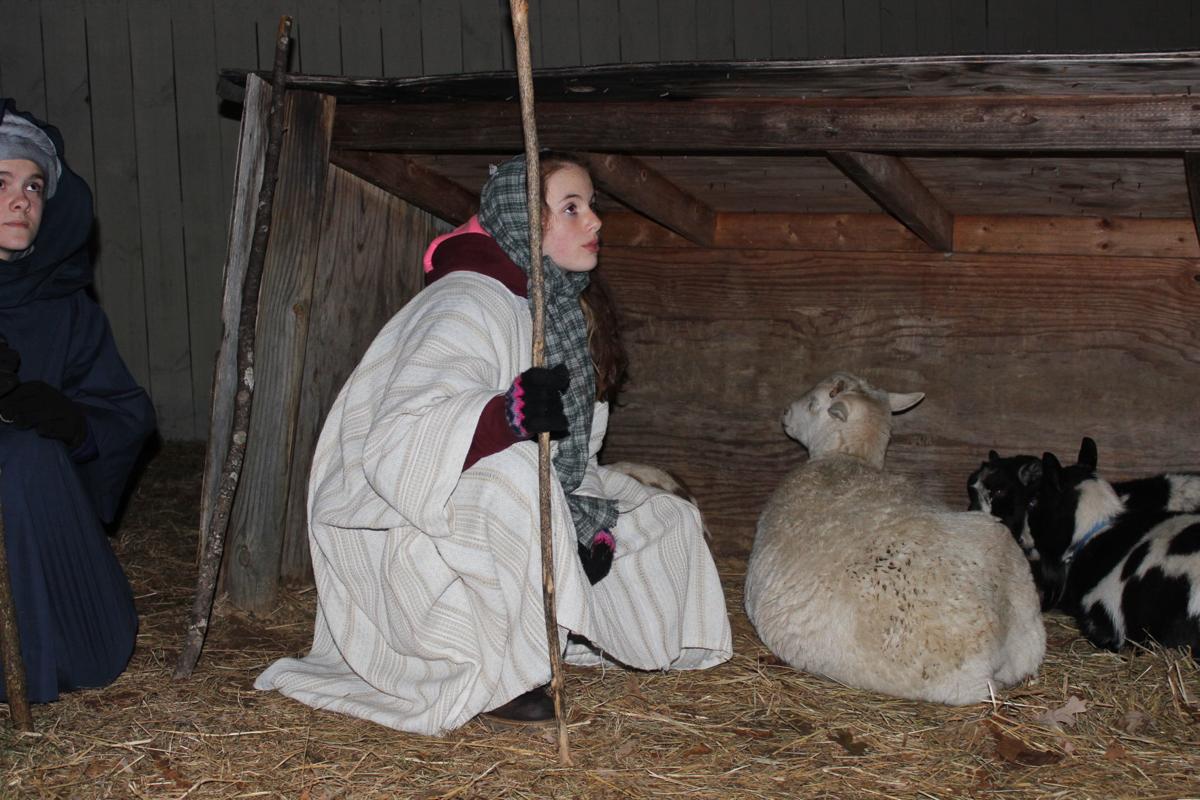 Actors and live animals provide an immersive experience at Bethlehem Village each December. 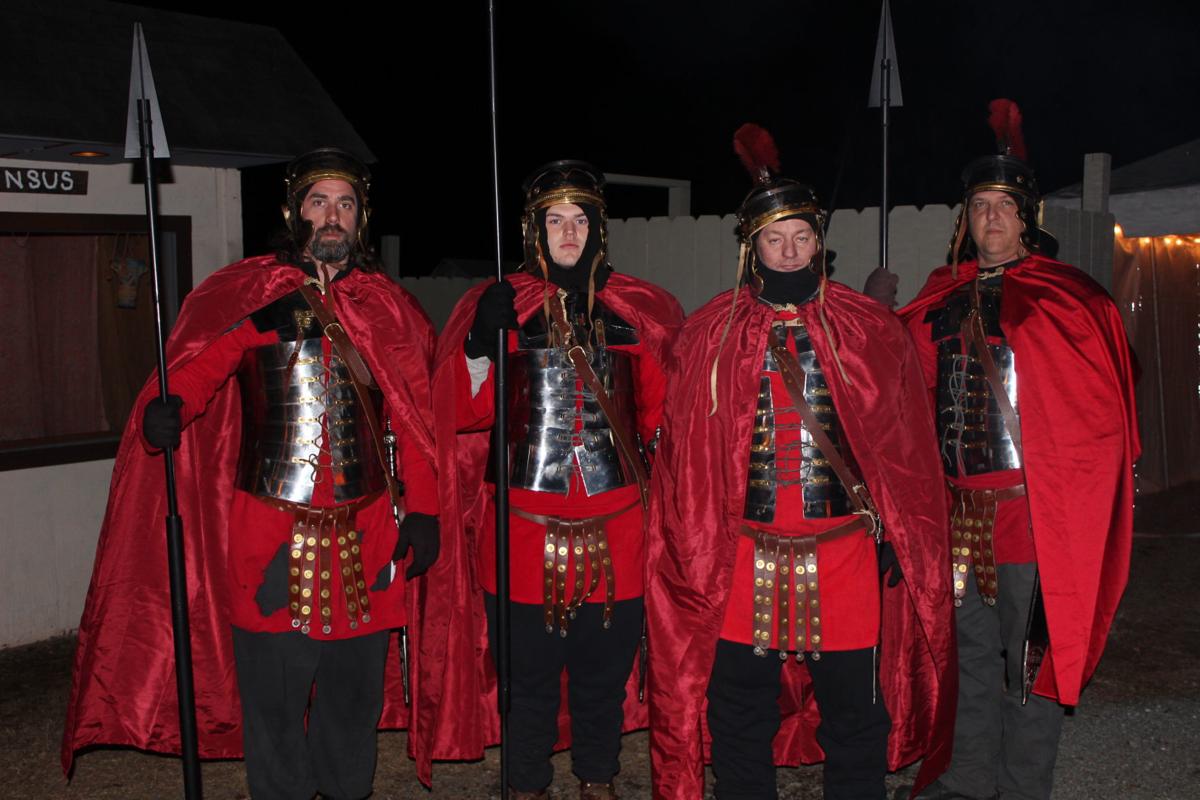 Roman guards have an important role to play in the Bethlehem Village in Afton. 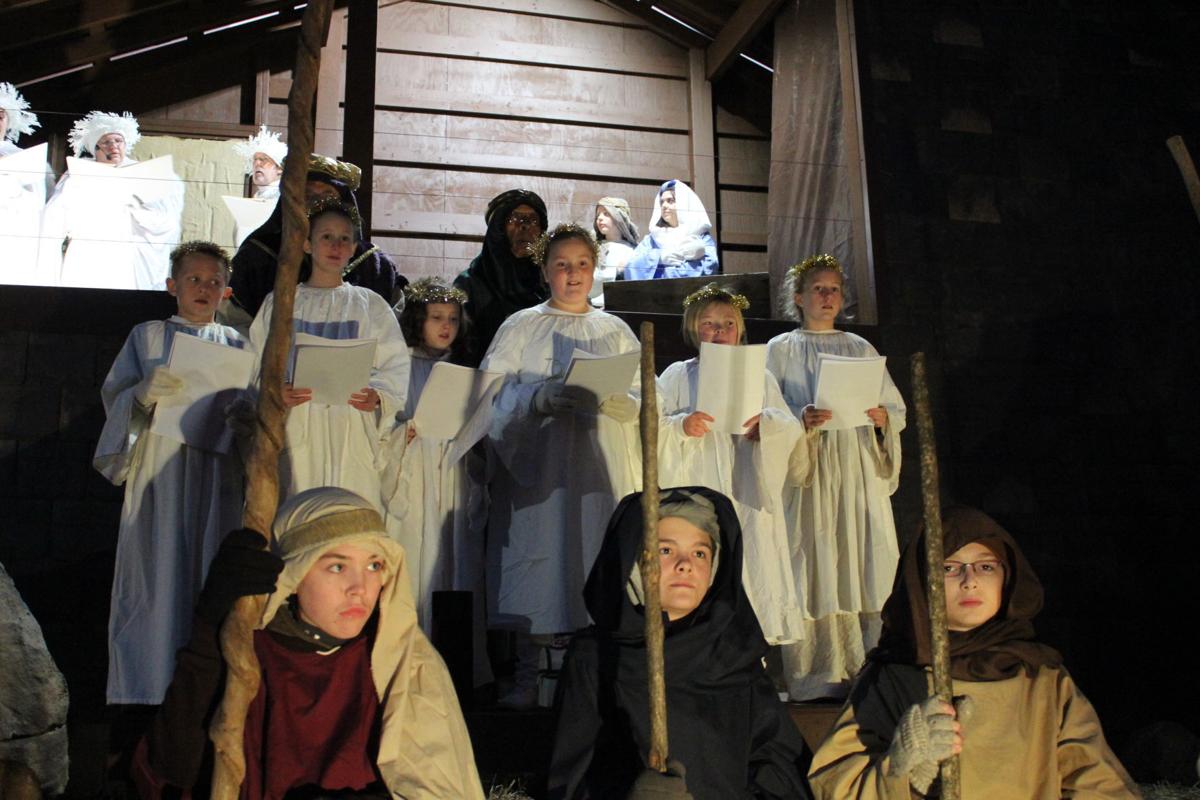 Singing angels are part of the Bethlehem Village experience in Afton .

Actors and live animals provide an immersive experience at Bethlehem Village each December.

Roman guards have an important role to play in the Bethlehem Village in Afton.

Singing angels are part of the Bethlehem Village experience in Afton .

AFTON — An immersive experience awaits visitors to Bethlehem Village as they “find their place in the real Christmas story.”

For 20 years, the holiday event has drawn individuals and families from far and wide according to Stacey Johnson, one of the production leaders. A bustling village, live animals and actors invite visitors to step back in time.

“This is your opportunity to find your place in the real Christmas story,” said Ken Bryant, who helps to market the event for Hebron Baptist Church in Afton. It is a way for individuals to escape the commercialism of Christmas, he added.

The event, now an annual tradition for many in the area, draws about 100,000 people a year over five days of production, said Bryant.

“There are people that come to Afton from Culpeper. We’ve had people visit from other countries. From Mexico, from Brazil. People come from Charlottesville a lot. People come from Waynesboro and Harrisonburg,” Bryant said.

The idea was inspired by a nativity scene years ago.

“The pastor of the church at the time had a miniature Bethlehem set that he’d bought. A miniature nativity. And he got the idea that it would be cool if we could reconstruct some of this,” said Bryant.

The village buildings were constructed on the property of Hebron Baptist Church. Every year at Christmastime, the village comes alive with the help of dedicated volunteers.

An estimated 100 individuals work on the annual production, Bryant said. From actors to repair workers that maintain the village and its props, to cooks, Bethlehem Village is a group effort all the way.

“It’s no small feat, because a lot of these people work. They get off their job at 5 o’clock, jump in the car, run, get there and get into costume, and, for the next four or five hours, they are someone totally different. They make this commitment, and they do it every night for five nights during a period of time when it’s really busy for most folks,” Bryant said.

Yet volunteers get joy from what they do.

Visitors enter the village through a tent, where they are given a brief explanation of what is happening in the town of Bethlehem. The visitors are given a coin, because they must pay their taxes and register for the census in compliance with the decree from the Roman emperor.

“One of the first things when you walk out through the other side of that tent, you’ll be greeted with Roman guards. There’s a jail right beside the place, and you’re threatened by the Roman guards that if you don’t pay your taxes, you will be thrown in jail. These Roman guards are very authentic,” said Bryant.

Guests then embark on the rest of their journey through time.

“In general, there are probably 50 or 75 people in costume within this village,” said Bryant. “There’s an inn, there’s a weapons shop, there’s a blacksmith shop, there’s an olive press, the jail, a weaver’s shop. There are all these different shops that are staffed by people who are in period costumes.”

Guests are invited to visit the shops and speak with Bethlehem citizens.

“We have had people that have been involved right from the beginning,” Bryant said.

The un-sung heroes of the event, he added, are the animal caretakers.

“This event runs five nights, and the animals get there and they’ve got to be fed and watered and taken care of. One year, we were snowed out, but people still had to go there and take care of the animals, of course,” he said.

The Star of Bethlehem is one of the event’s most iconic components. The illumination is visible even at a distance on Afton Mountain when the night is clear.

One of Bryant’s favorite memories regarding the event is an encounter with a family travelling through on their way back to North Carolina.

“One of the kids in the car saw this star out the window. He said to his dad, ‘Look at that star! What is that?’ And the dad jokingly said, ‘That’s the star of Bethlehem.’ Well, lo and behold, they turn onto Route 6 and they see this big banner on the side of the road: ‘Visit Bethlehem.’ So they turn, and they end up at Bethlehem.”

Johnson, who has been involved with Bethlehem Village since its beginning, looks forward to bringing extra special meaning to the holidays again.

“We hope that all attendees feel the true meaning of the Christmas season as they visit the village — one without Santa, bows and bells — just the real reason for Christmas,” she said.