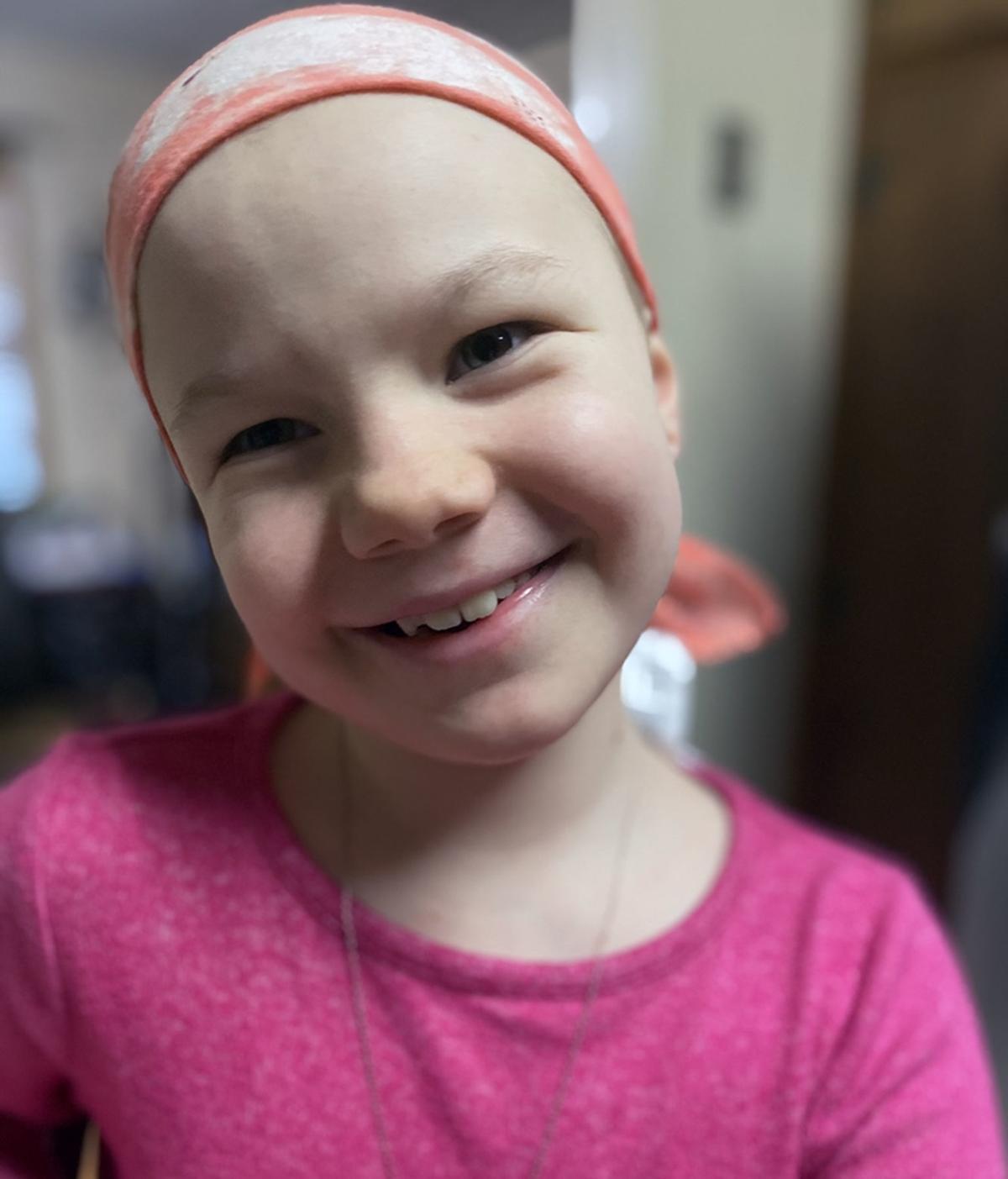 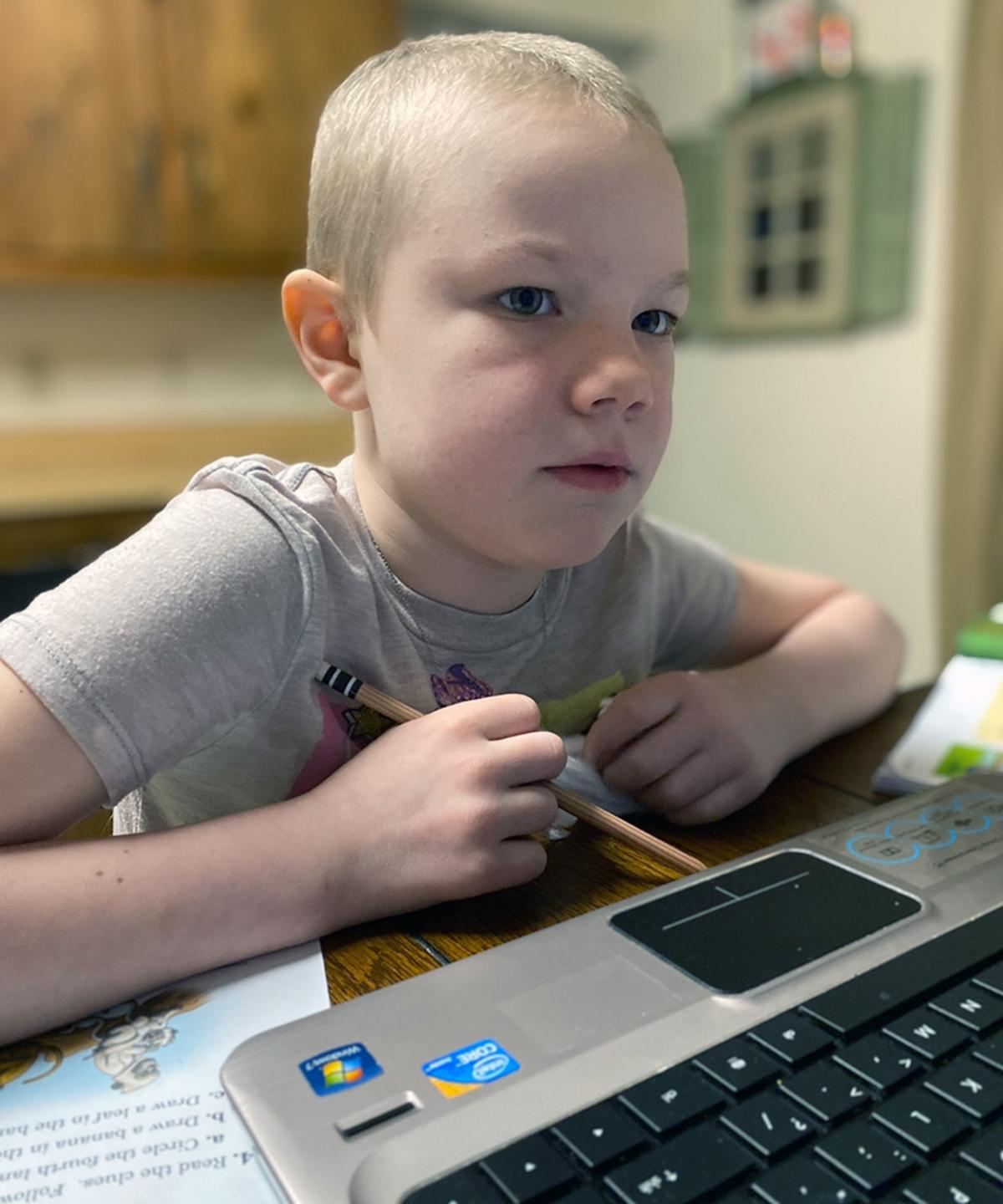 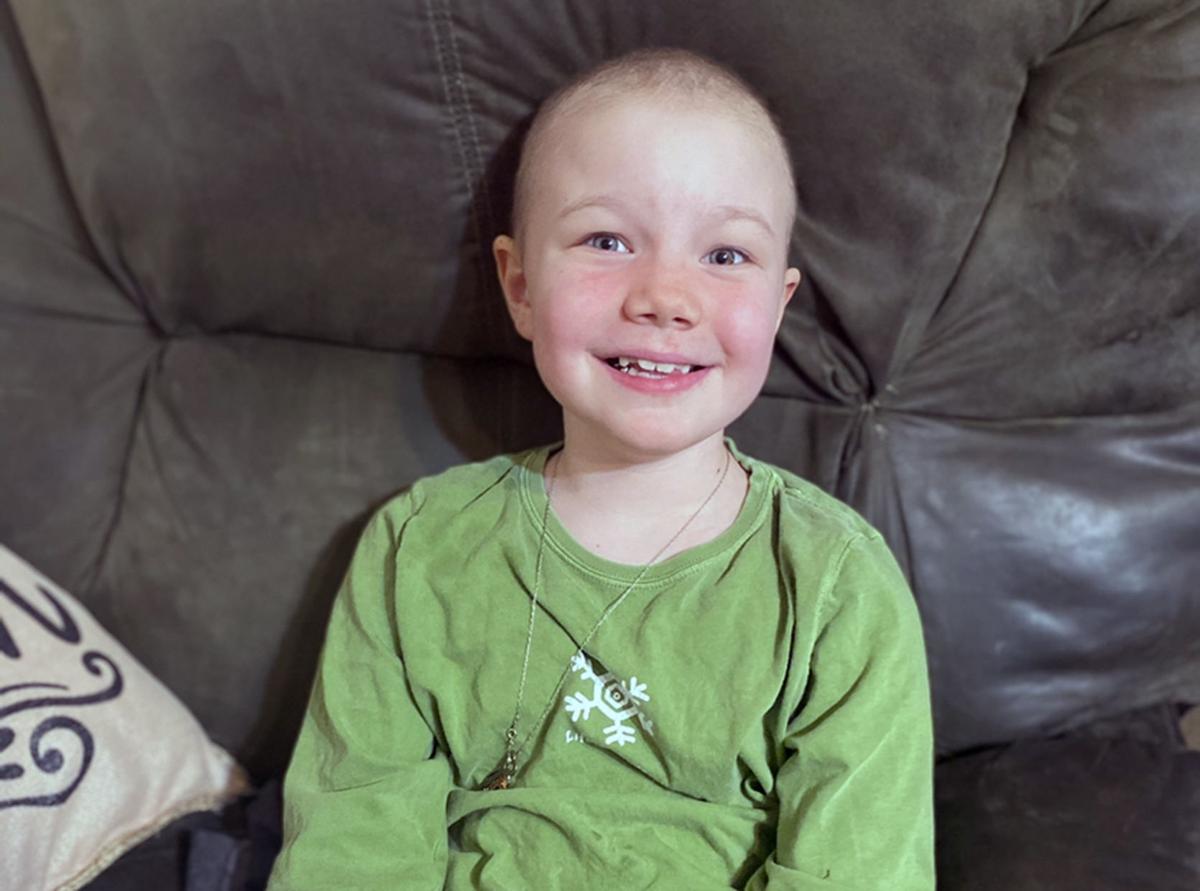 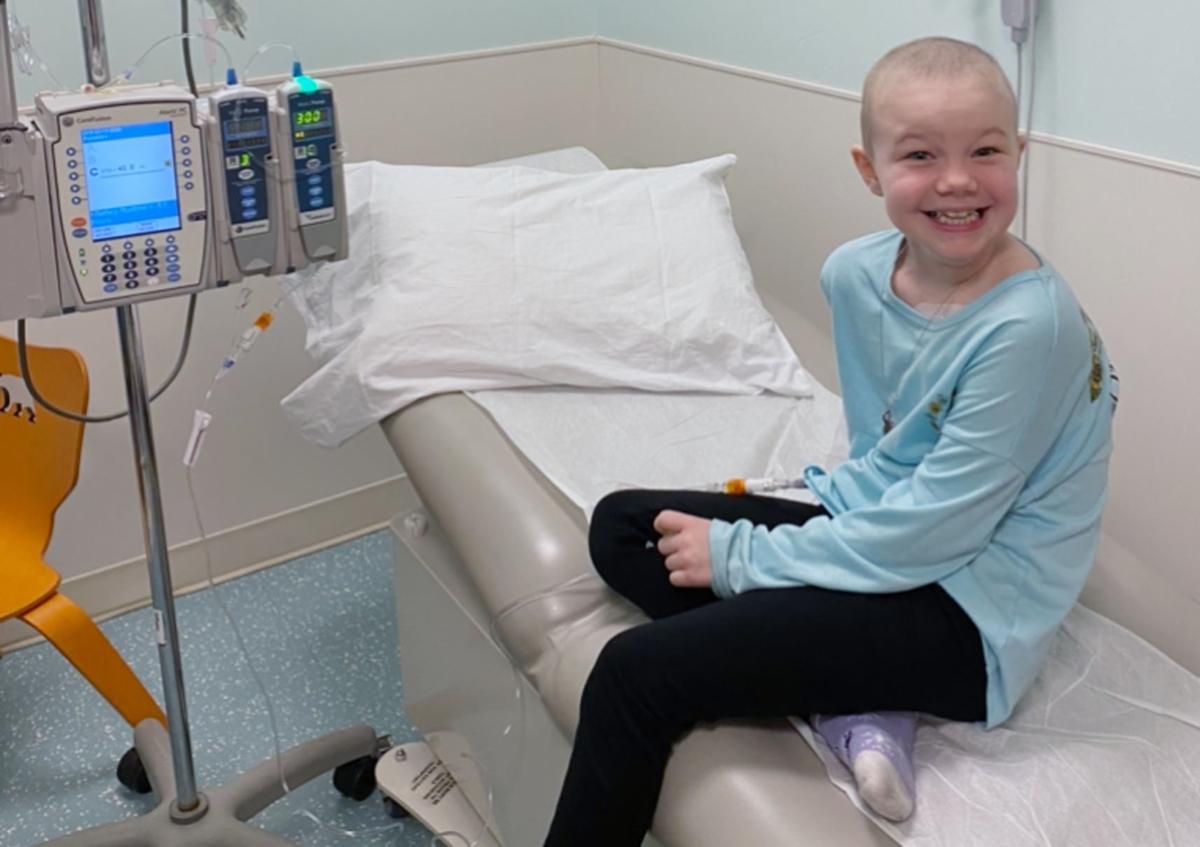 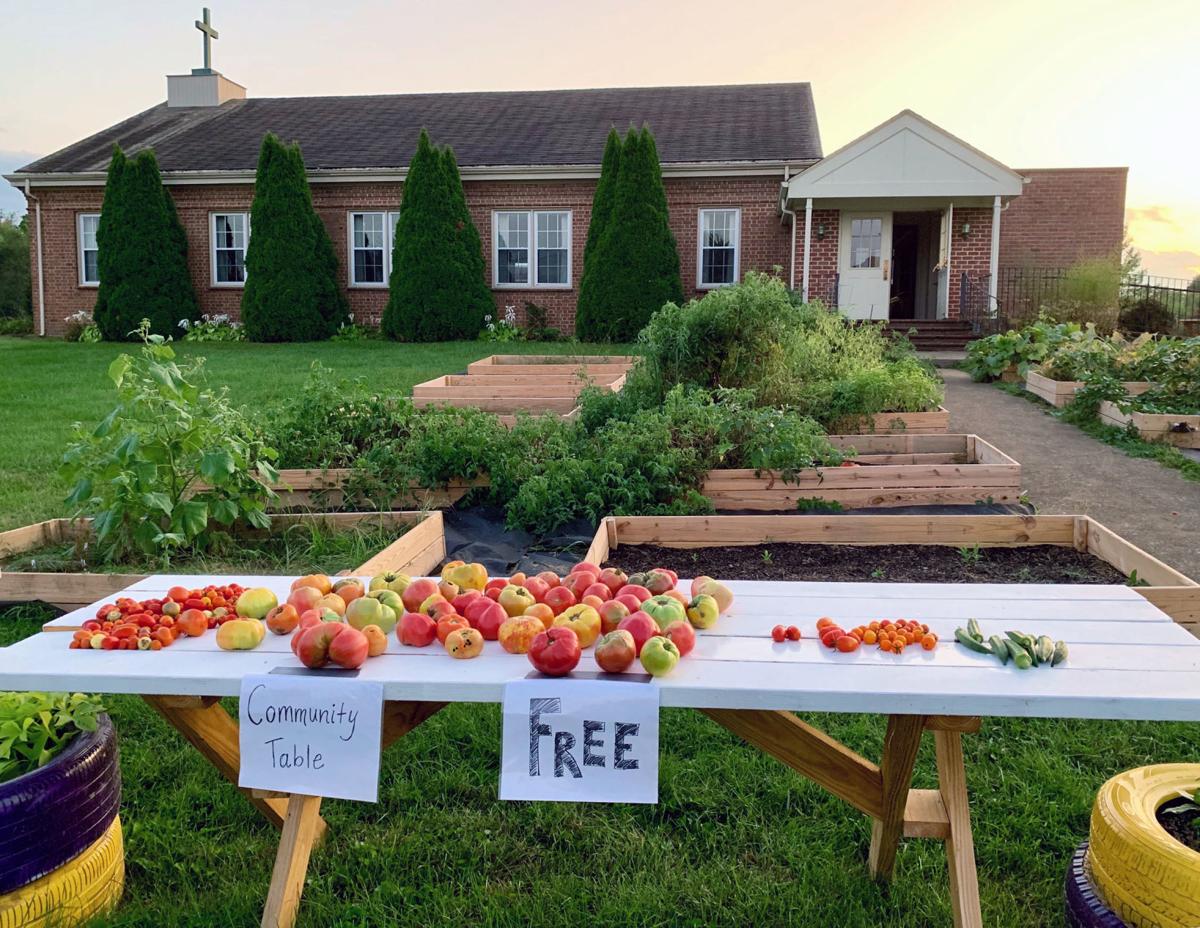 Embrace Waynesboro has a Center for Community at 932 Fir Street in Waynesboro.

Embrace Waynesboro has a Center for Community at 932 Fir Street in Waynesboro.

Presley Kelso, 7, of Waynesboro was diagnosed with B-cell acute lymphoblastic leukemia in August after spiking a fever for several weeks.

From 9 a.m. to noon on Saturday, community members are invited to drop off potted flowers and flowers from personal gardens at 932 Fir Street in Waynesboro as part of “Posies for Presley.” The event is hosted by Embrace Waynesboro.

“It’s absolutely amazing,” said Jaime Kelso, Presley’s mother. “For them to do something like this is going to make her feel so special.”

Presley will be in the third grade in the fall at Afton Christian School.

Presley has been confined to her family’s home and hospital rooms since August, and community, friends and prayers “have meant so much.”

“We are people in the community who want to give back to our community by creating a stronger community,” said Jenelle Watson.

Watson, associate pastor of Calvary United Methodist Church in Stuarts Draft, said Embrace Waynesboro was founded in 2018 and serves the community out of a former church at 932 Fir Street. The organization now calls the building its Center for Community, and offers tutoring, community space for gatherings, and its Community Watch and Care Program.

“We’re connecting neighbor with neighbor in order to love each other better and build a stronger community together,” said Watson, who lives in Fishersville.

Embrace Waynesboro partners with community organizations such as Head Start and the Virginia Cooperative Extension to build a strong community.

Watson said volunteers at the center had seen Presley, whose family lives near the center, out riding her bicycle and walking with her family. Then the organization was contacted by a neighbor or family friend to host a fundraiser after Presley was diagnosed in August.

The fundraiser was originally scheduled for late April, but the COVID-19 pandemic cancelled the event.

“As a group of people who love their neighbors, we were trying to think of ways to let Presley know the community loves her,” Watson said.

So Embrace Waynesboro members decided to collect donations from the community of potted plants and flowers from individual gardens to be used in a garden bed just for Presley at the center.

Watson said the organization’s members were thinking if Presley “had her own flower bed that showed the community support for her” then it would lift up her spirits.

All donated flowers should be able to survive in full sunlight, according to Watson, because the center’s gardens receive sun all day.

Kelso said the family, including Presley’s 5-year-old brother, Van, and 3-year-old sister, Whitley, were at Smith Mountain Lake last summer when she began having a fever “that just persisted.”

The Kelsos took their daughter to her pediatrician.

“They thought it was just a virus,” Kelso said.

A couple of days later, Presley returned to her pediatrician with a fever of 104 degrees.

“[Her pediatrician] thought that it was just low from viral suppression,” Kelso said.

A round of antibiotics eliminated the pneumonia, but Presley’s white blood cell count remained low.

Kelso said her daughter continued to act normally, despite having a fever of 101 degrees.

However, after a month of a high fever, Presley went to UVa Medical Center for tests “where they thought it was maybe rheumatological.”

She was sent home.

“But at the time they did not think it was cancerous [related illness],” Kelso said.

Within two days of visiting UVa, Presley was in the emergency room with a fever again.

“She walked in that evening. Again, she [felt and acted] perfectly fine,” Presley’s mother said.

But, this time, blood work brought bad results, and Presley was diagnosed with ALL on Aug. 20.

“It kind of spiraled from there,” Kelso said.

Since August, Presley has taken chemotherapy orally every day, and at first received treatment weekly through a port, but now monthly.

A complication that has resulted from steroids Presley took early on in treatment, according to Kelso, is that Presley walks with a limp from osteonecrosis in her hip. Doctors believe that will improve in the next two years and not be permanent.

Presley will receive chemotherapy for another 18 months.

“As far as her leukemia, she has a really good prognosis,” Kelso said.

Kelso said she, her family and Presley would like to thank Embrace Waynesboro and the community for their support.

“It’s just amazing the people that have come forward to be a part of her life,” Kelso said.

Grant funding made possible for Embrace Waynesboro to create a 25x25 foot in-ground plot a few years ago in which are planted vegetables that are donated to local food pantries. The plot contains lettuce, beans, snap peas, onions, potatoes, tomatoes and corn.

Embrace Waynesboro is also making available on a first come, first served basis 10 new family garden plots for “families who may not have green space to have an opportunity to grow their own food,” Watson said.

The 4x8 foot plots are made possible by a $2,000 grant from the Virginia Cooperative Extension.

Families interested in one of the new family garden plots should call Embrace Waynesboro at (540) 324-7006 or email EmbraceWaynesboro@gmail.com.

» In order to protect against corona virus community spread, donors are asked to wear masks and remain in their cars.

» Driver-side drop offs of flowers, cards, or garden plot requests can be placed on tables in the Embrace parking lot -- located at the corner of Fir Street and Howard Avenue.

» Passenger-side drop offs can be placed on the tables located curbside at the center's community gardens on Fir Street.

» Donors are asked to drive up to a table, and place their gifts directly on the table through their vehicle’s windows. Volunteers will not approach vehicles. Buckets will be available on the tables for the collection of cards and notes.