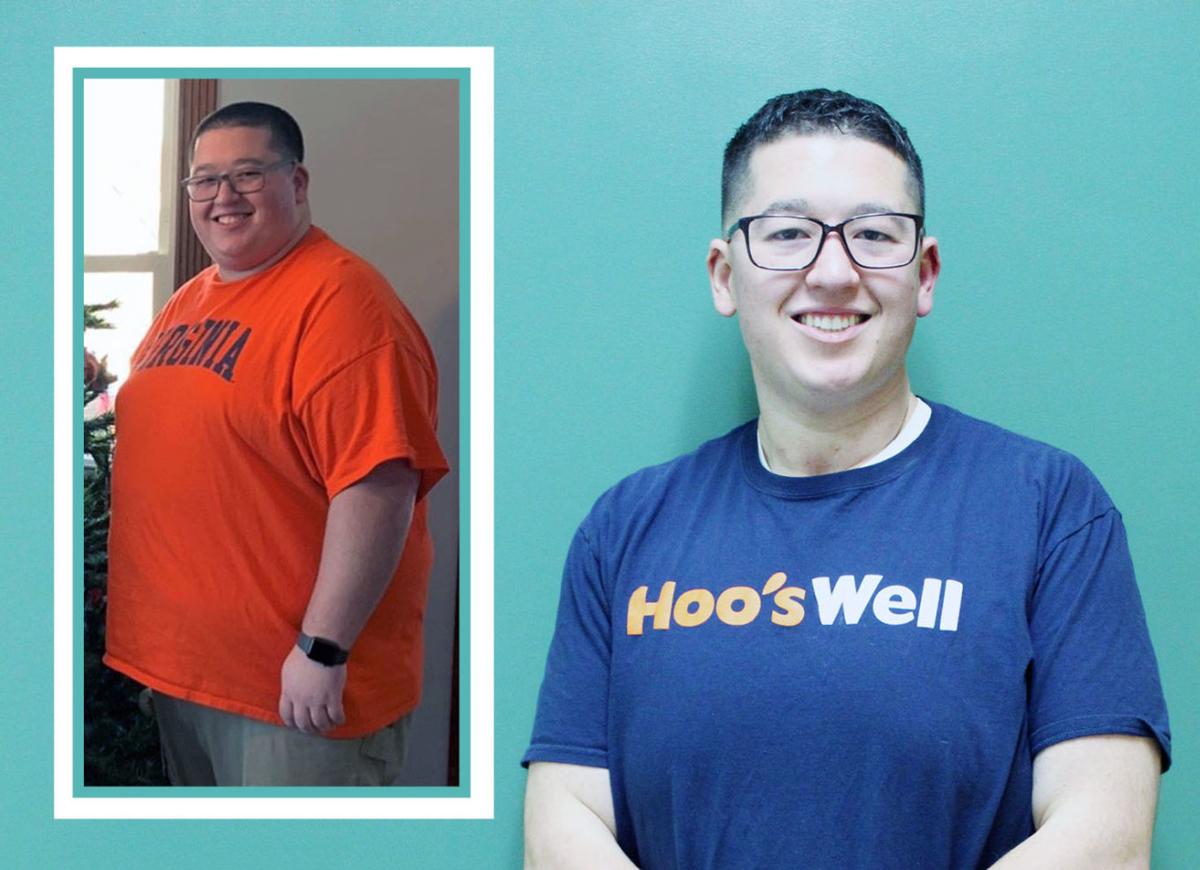 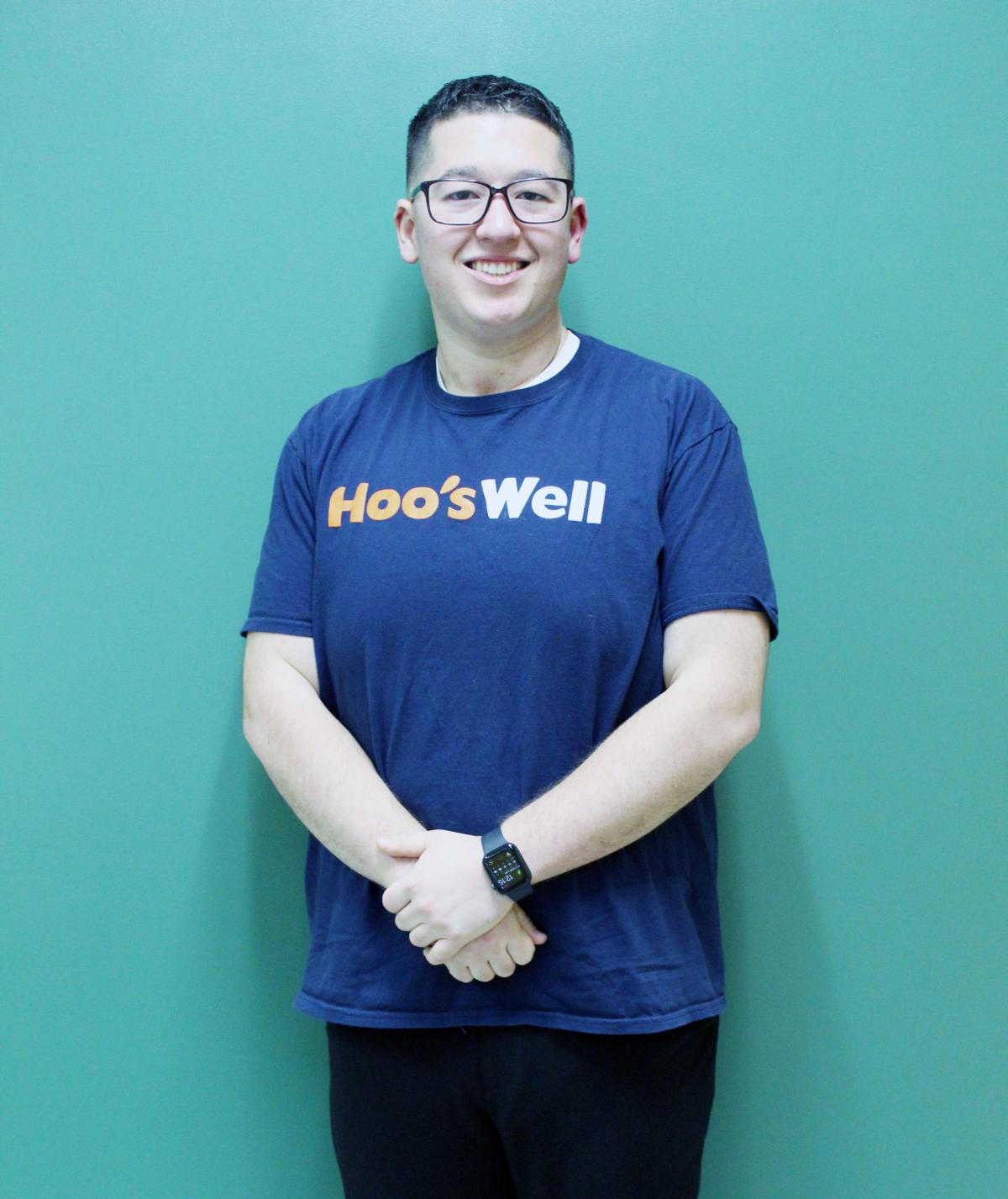 Chase Smith of Stuarts Draft weighed more than 380 pounds in January 2019. Over the course of a year, he lost 150 pounds.

Chase Smith of Stuarts Draft weighed more than 380 pounds in January 2019. Over the course of a year, he lost 150 pounds.

But Smith, who started 2019 weighing more than 380 pounds, far exceeded the 220 pound weight limit. After many years of yo-yo dieting, skydiving seemed like it would remain just a fantasy.

In the new year, Smith’s aspiration is now on the horizon — down 150 pounds and a mere 10 pounds away from being able to skydive.

The 25-year-old emergency room nurse is continuing his weight loss journey into 2020, documenting the process on an Instagram account @changing_chase.

“I started the Instagram about a month in. I had lost about 30 pounds in the first month. I started posting updates and from there, I started getting a lot of supporters — some who didn’t even know me personally,” said Smith. “I started sharing more motivational and inspirational stuff as well, and it just took off from there. As someone put it, making yourself vulnerable also can make you more accountable as well.”

Losing 150 pounds wasn’t always the goal, though. After accepting a challenge from a co-worker to lose weight, Smith initially thought 2019 would be like year’s past — losing weight, hitting a plateau, getting frustrated and gaining the weight back.

But 2019 was different for Smith, who attributes both having an accountability partner and running the Instagram account for sticking with it through the year.

“If you’re comfortable documenting your journey like I did, I think that has helped tremendously,” Smith, who has almost 1,000 followers on the account, said. “I almost feel like I need to keep going. It’s definitely for me, but also for others as well.”

Many of his Instagram followers have reached out on the social media platform with messages saying thank you or even to let Smith know they’ve started their own journey because of him. Mostly, Smith says he gets questioned, “How did you do it?”

The Stuarts Draft resident began with a 100-pound goal in mind. By the middle of May, Smith was down 100 pounds, and readjusted his goal. In 2020, he says he just wants to focus on feeling healthy.

“I don’t have a goal weight. I used to, but I feel like I’m not going to know my goal weight until I’m there. Ideally, I’ve said I’d like to see the 100’s. Even if I just saw 199 just to say I was in the hundreds would be amazing. I’m thinking my sustainable weight will be just over 200, but pretty much wherever I feel the healthiest,” he said.

Starting off, Smith weighed himself daily, eating healthier and went to the gym five days a week. Now with a more grueling work schedule of three-day, 12-hour shifts, Smith is in the gym at the Staunton-Augusta YMCA four days a week.

“A lot of people tie emotion to the scale,” Smith said. “For a little while it was frustrating because I would see it go up and wonder, ‘What did I do wrong? I’m eating healthy, I went to the gym, why is it up?’ But then I started learning what all goes into that number, and it’s not all about how much fat you have. I’ve lost all emotional connection to the scale.”

Although he did try intermittent fasting in the beginning, Smith said he now does not limit himself and tracks his food intake daily with the help of a nutrition coach he met through his Instagram.

“I can say that one reason I’ve been able to keep this up us I don’t limit myself at all. If I want something, I eat it,” Smith said. “I control how much I’m eating of it, but I still eat my favorite foods — pizza, tacos, whatever it may be, I enjoy.”

To those who may be starting their own weight loss journey in the new year, Smith recommends starting with the basics: getting adequate sleep, drinking water and evaluating your protein intake.

“Self care is very important. Many times we get stuck taking care of others instead of ourselves. If you start putting yourself first and valuing your routine, your schedule and your own health, it helps a lot,” Smith said. “Someone told me once that you can’t pour into someone else’s glass if your glass is empty.”

Smith also advises to not be afraid to ask for help. Following his own advice, Smith has met a nutrition coach, nutritionist and personal trainers, mostly through his Instagram account.

In addition to self care and asking for help, Smith said having the right mindset plays a key role.

“Your body can put up with so much. It’s usually the mind that stops you before the body. You’ve got to start having a positive attitude about things. If you say you can’t lose 150 pounds, well, I didn’t think I was going to,” he said.

Krystal Clark, a healthy living coordinator at the Staunton-Augusta YMCA, agreed with Smith.

“The hardest part is getting in here. Remind yourself that everyone starts somewhere. Just because you see a fit person in here doesn’t mean they walked in like that on the first day,” she said. “Don’t be ashamed of who you are or where you come from or what you look like. We all start somewhere.”

Clark added that the Staunton-Augusta YMCA would love to see more people come through the doors and do exactly what Smith did.

“Most of your goals, if you implement them in the right way and you get up every day and strive toward that, take some time but are possible. You have to start somewhere and put one foot in front of another and the YMCA is the best fit for that,” Clark said.

But starting the year off with a large goal like 150 isn’t what Smith recommends. Instead, he says start with small goals of 10, 15 or 25 pounds and celebrate hitting each smaller goal.

“If you set a goal like 150 and by the end of the month you’ve lost 10, you’re going to give up. Set reasonable goals that are attainable,” he added. “I plateaued many, many times throughout the entire year. Most people, once they hit a plateau, they either stop completely or they try to make some type of drastic changes to their plan. If you’ve lost 30, 40, 50 pounds doing what you’ve been doing — more than likely you’ll continue, so just stick with what you’ve been doing and you’ll see results eventually. Trust the process.”