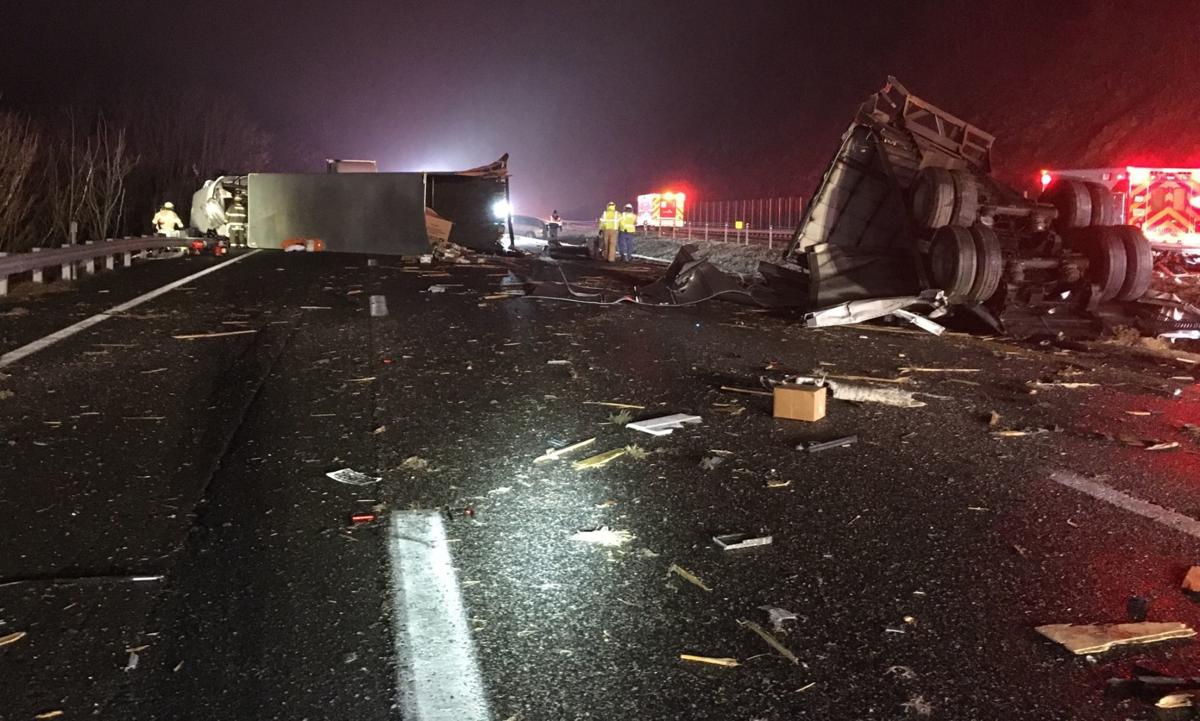 Fog on Afton Mountain created icy road conditions that led to a tractor-trailer sliding out of control and overturning on Interstate 64 on Nov. 17. The tractor-trailer was then struck by a tour bus. No fatalities were reported, but about 30 people were treated for injuries. 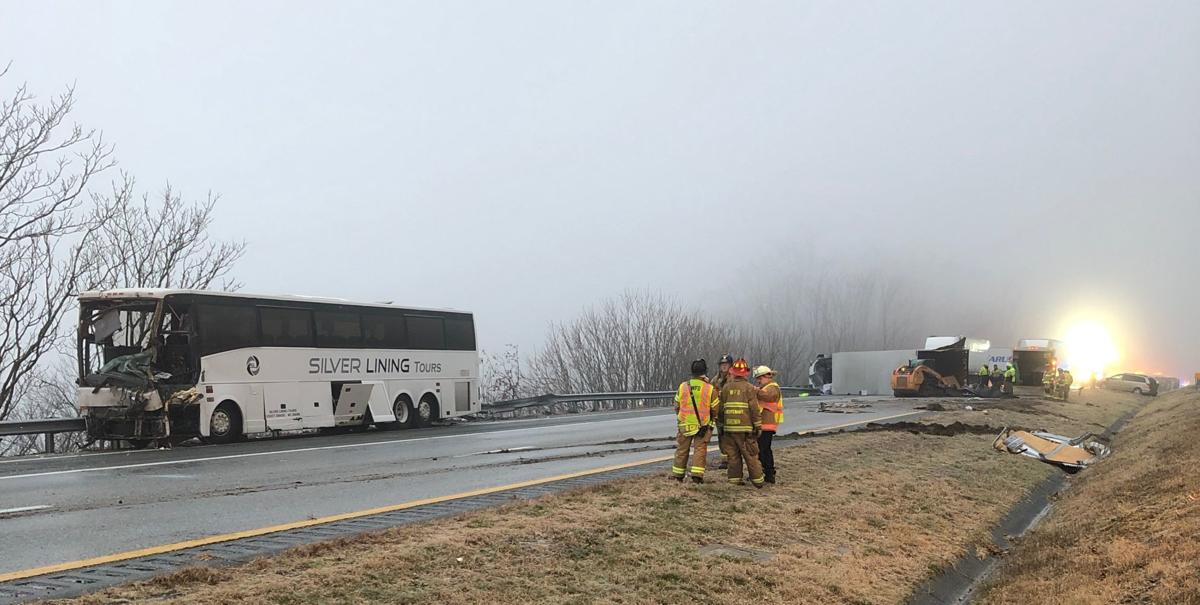 Fog-created ice led to the crash on Interstate 64 on Afton Mountain on Sunday, authorities said.

Fog on Afton Mountain created icy road conditions that led to a tractor-trailer sliding out of control and overturning on Interstate 64 on Nov. 17. The tractor-trailer was then struck by a tour bus. No fatalities were reported, but about 30 people were treated for injuries.

Fog-created ice led to the crash on Interstate 64 on Afton Mountain on Sunday, authorities said.

Heavy fog and icy road conditions on Afton Mountain sent nearly 20 people to area hospitals when a tractor-trailer loaded with mail slid out of control on Interstate 64 early Sunday morning and was struck by a Troy-based tour bus.

Virginia State Police said the crash occurred about 4:37 a.m. in the eastbound lanes of I-64. Virginia Department of Transportation officials said the crash was on the downhill grade just past the summit of Afton Mountain.

The smash-up triggered at least seven minor crashes in the eastbound lanes, but no one was injured in those wrecks, according to state police.

The highway was closed for five hours as crews took those injured in the truck-bus crash to hospitals and then cleaned up the wreckage.

“[The] tractor-trailer was traveling east on Interstate 64 when the driver lost control and the tractor-trailer overturned across the roadway,” state police spokeswoman Corinne Geller said in a news release.

“A chartered bus traveling in the eastbound lane was unable to avoid the tractor-trailer and struck it. The impact of the crash split the tractor-trailer in half. The bus ran off the right side of the highway and came to rest against the guardrail,” she wrote.

The tractor-trailer driver, James Proffitt, 44, of Suffolk, was transported to the University of Virginia Medical Center for treatment of serious, but non-life-threatening, injuries.

The driver of the bus, Andrew L. Burruss, 62, of Keswick, also was transported to the UVa Medical Center for treatment of non-life-threatening injuries.

In all, 15 people were taken to UVa and four others were transported to Augusta Health Medical Center for treatment, Geller said. She said there were no fatalities and that injuries ranged from minor to serious.

The Silver Lining bus had more than 20 passengers on board at the time of the crash, Geller said.

The Virginia State Police Motor Carrier Safety Team and Trooper L.G. Pingley are investigating the crash. A U.S. postal inspector also responded to the scene because the tractor-trailer was loaded with mail.

Fog remained on Afton Mountain into the afternoon and was expected to return overnight, according to the National Weather Service.

VDOT officials said mountain passes in the area, including the interstate and U.S. 250, U.S. 33, U.S. 211 and U.S. 522, could be fogged in. The fog, mixed with freezing temperatures, can cause ice to form on road surfaces, the weather service and VDOT warned.