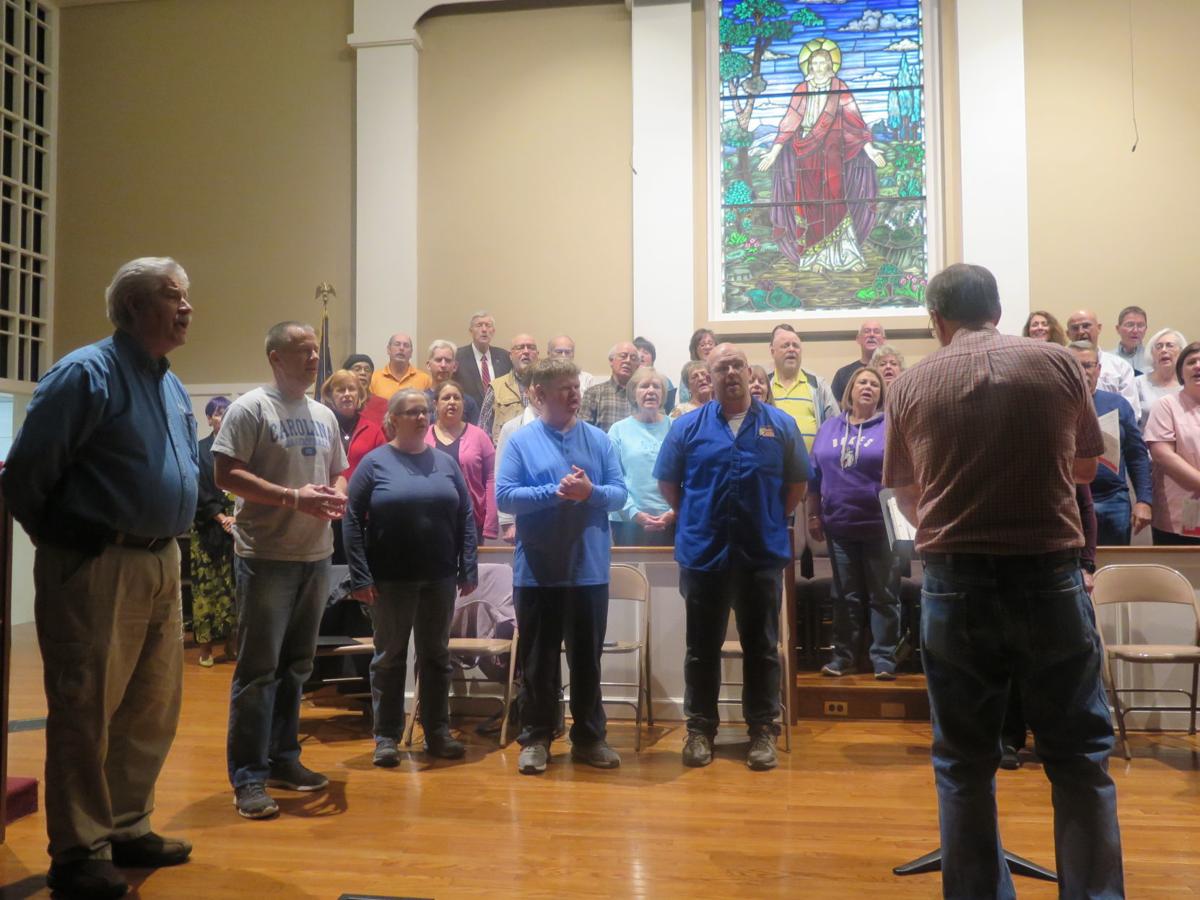 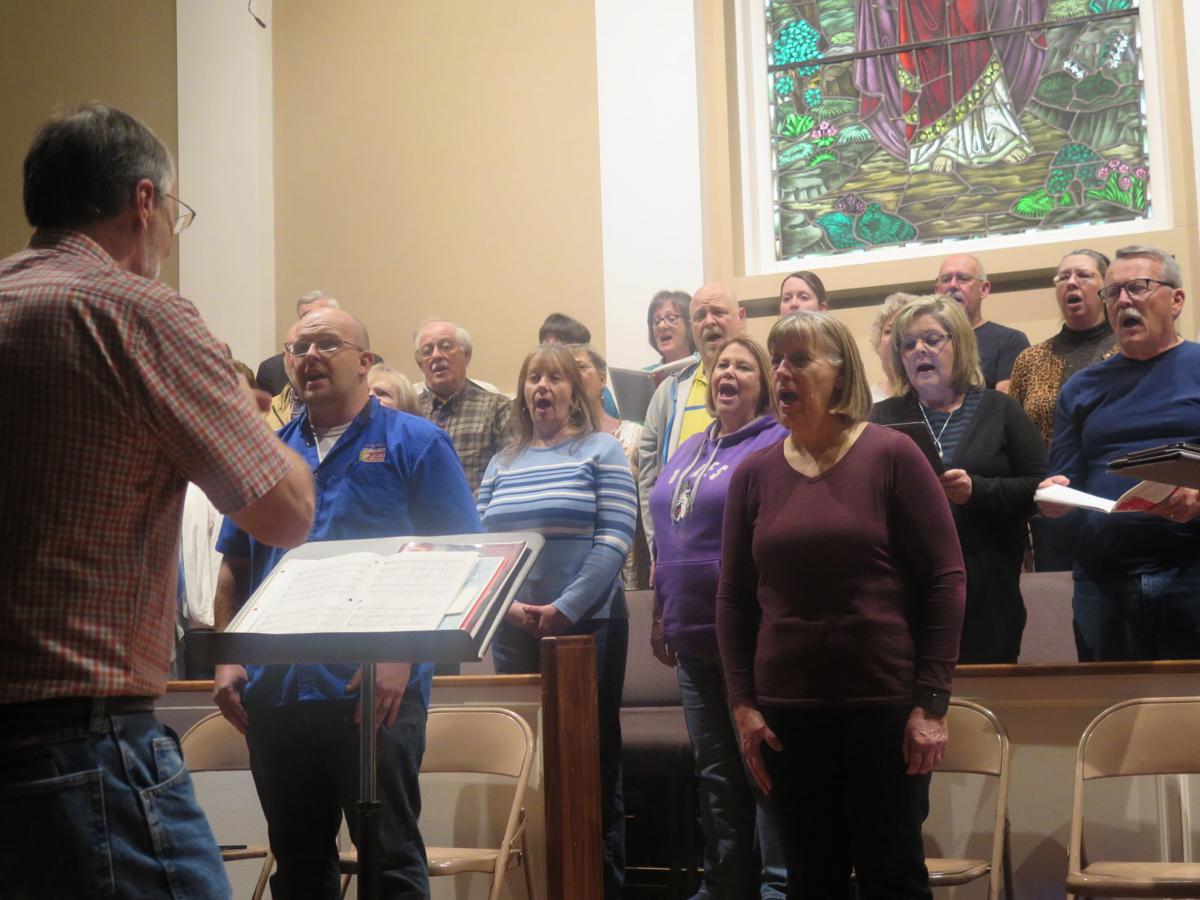 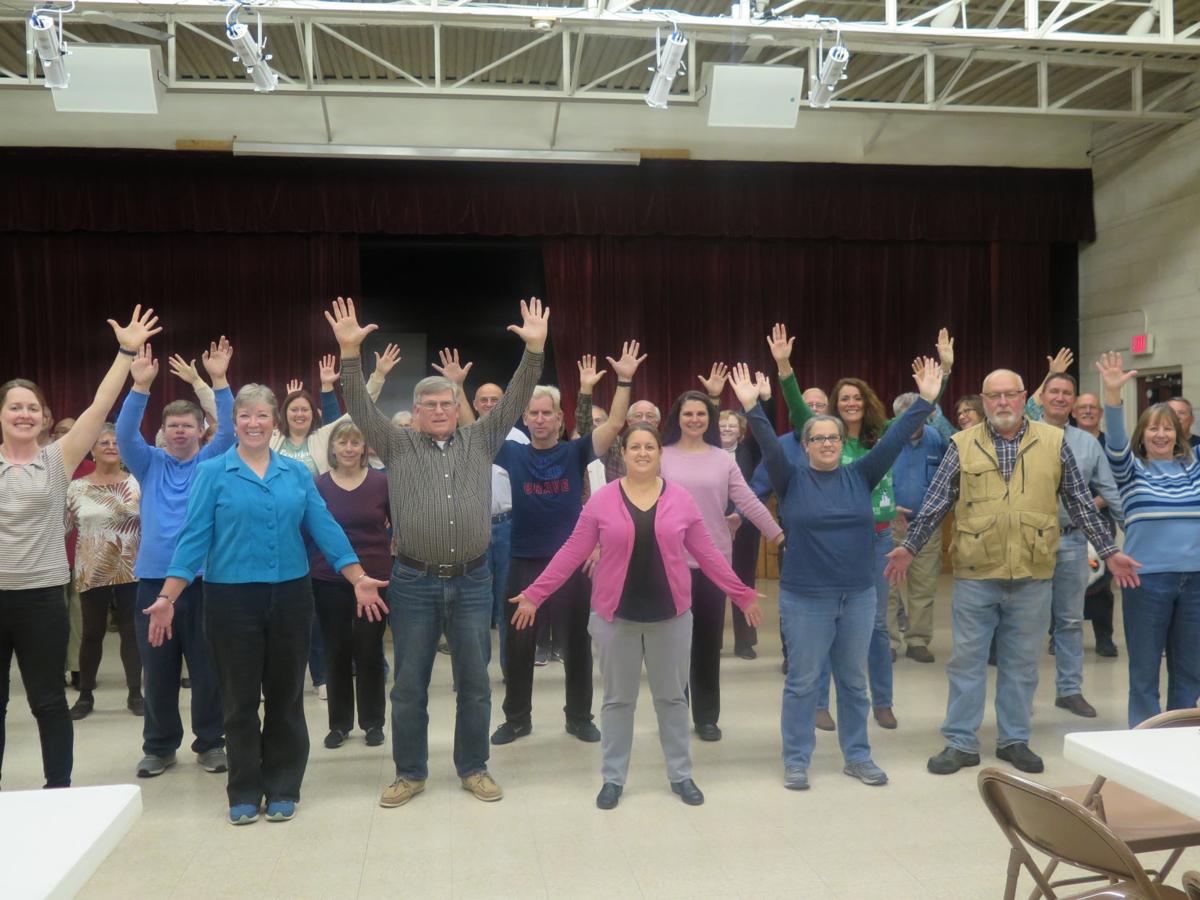 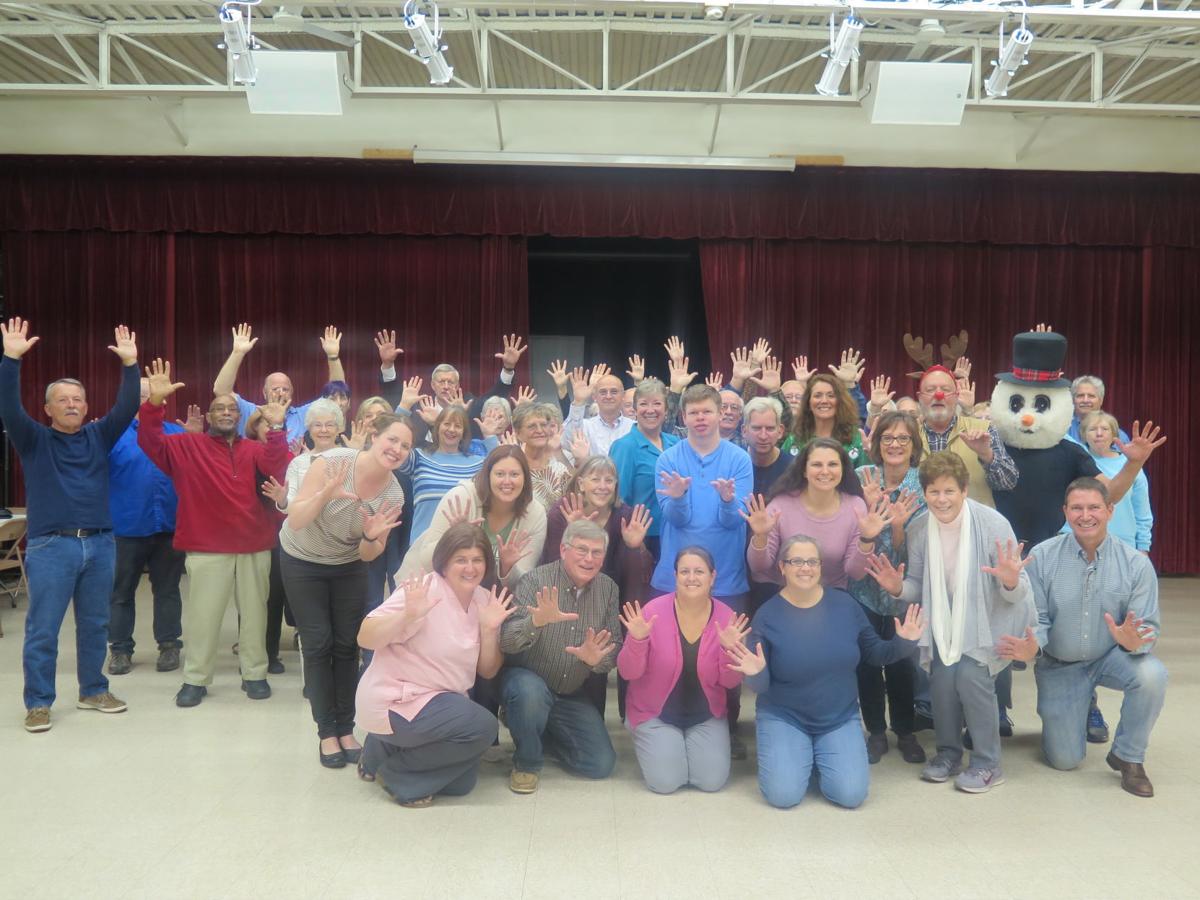 The Waynesboro Choral Society rehearses for its annual Christmas concert, which will be held Monday and Tuesday in the Louis Spilman Auditorium at Waynesboro High School.

The Waynesboro Choral Society rehearses for its annual Christmas concert, which will be held Monday and Tuesday in the Louis Spilman Auditorium at Waynesboro High School.

Since 1970, the Waynesboro Choral Society has been providing unique choral entertainment for the community.

Christmas concerts became a tradition in the mid-1980s, according to Don Coffey, director of Waynesboro Choral Society for the past 38 years.

Attendees of the Waynesboro Choral Society’s upcoming Christmas concert on Monday and Tuesday can expect to have a good time, said Coffey.

“They will go away knowing they have been to a Christmas concert,” he said.

While many choirs focus on more classical music and atmosphere, Coffey explained that this is not the same brand Waynesboro Choral Society has built for itself.

“There are plenty of groups in the area that do [heavy classics], but we shy away from that,” Coffey said. “Our format is, we do a ‘fun’ first half. We do a little movement, with costuming, and Santa, and Frosty and Rudolph.”

The second half of the Christmas concert, Coffey said, is the more formal half. Not formal in the traditional sense, however, he emphasized.

“It’s not formal in the sense that it’s the classics; it’s arrangements of standard Christmas pieces that you probably won’t hear in your church choirs or anything like that,” Coffey said.

Waynesboro Choral Society focuses especially on performing familiar tunes in new, unique arrangements that have often never been heard before, creating a unique brand for the choir.

“I don’t really know if there’s another group in the state that does what we do,” said Rod Campbell, a Waynesboro Choral Society member since 1977.

Campbell is especially looking forward to performing a favorite piece in the upcoming Christmas concert.

“It’s an arrangement of Joy to the World that we’ve only performed twice before in the past,” he said. “It’s a version that most people probably will have never heard, but it’s a pretty powerful piece. With the 20-some piece orchestra on-stage, it will probably raise the hair on your arms when you hear it.”

“It’s all music that you know — most of the words, you’ll know — but you will never have heard the arrangements, and you may never have heard it sung with this many people and a full orchestra on stage,” he said.

Coffey hopes that everyone in attendance has the wonderful experience the choral society always strives to give.

“We want to have a good time and have fun ourselves, and present a fun and professional concert to our attendees,” Coffey said. “That’s kind of what we’re all about.”