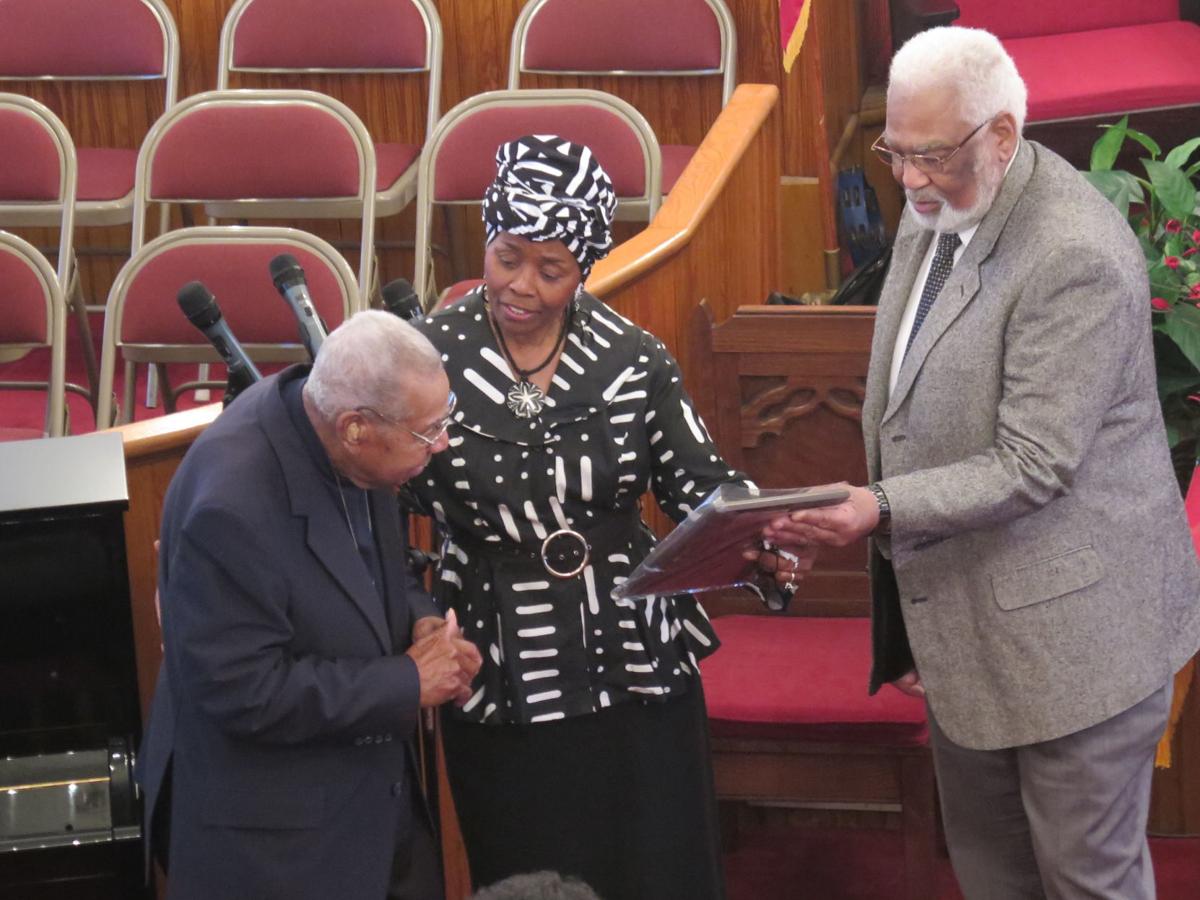 Joyce Colemon, President of the Waynesboro branch of the NAACP, presented Wallace Redd with a plaque at Union Baptist Church in Waynesboro on Sunday. 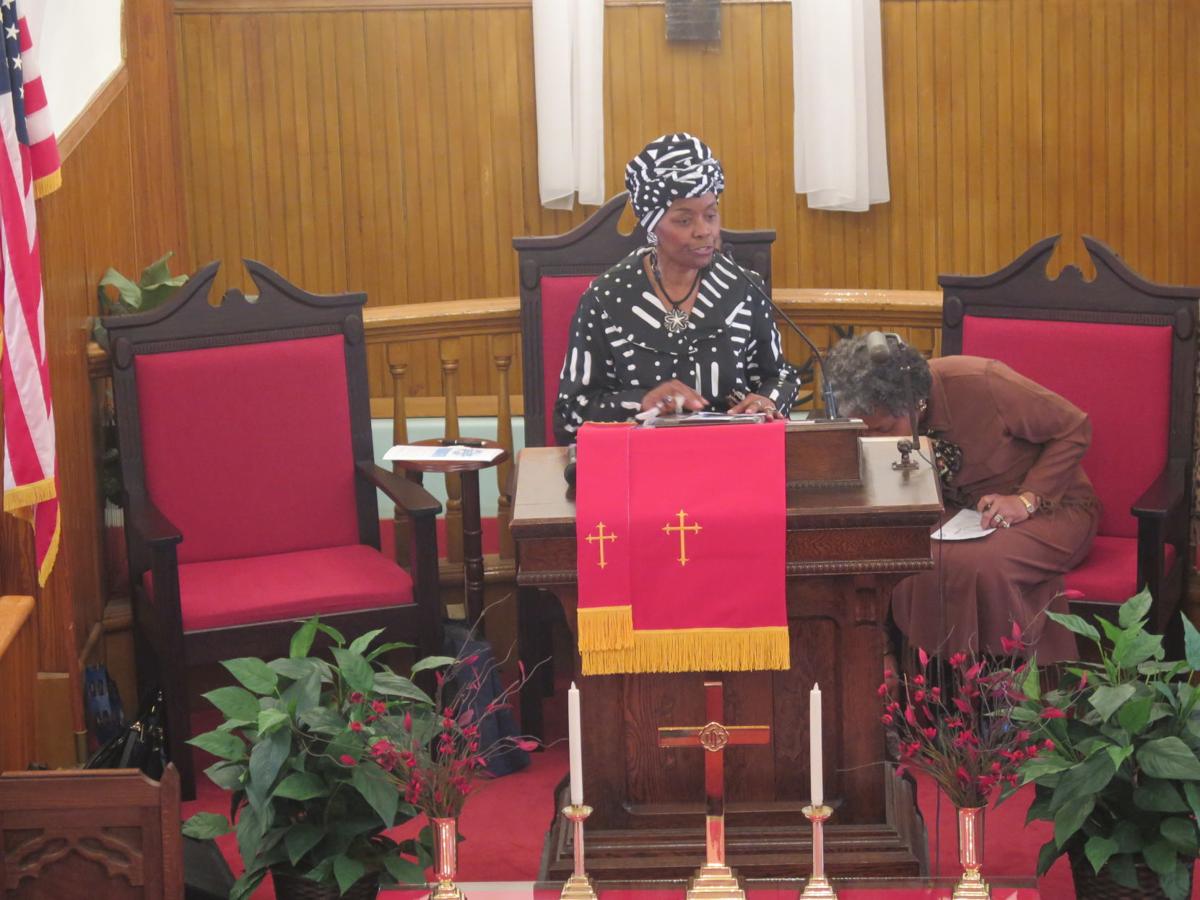 Shannon Kelly/The News VirginianJoyce Colemon, President of the Waynesboro branch of the NAACP, at Union Baptist Church on Sunday, Feb. 9, 2020. 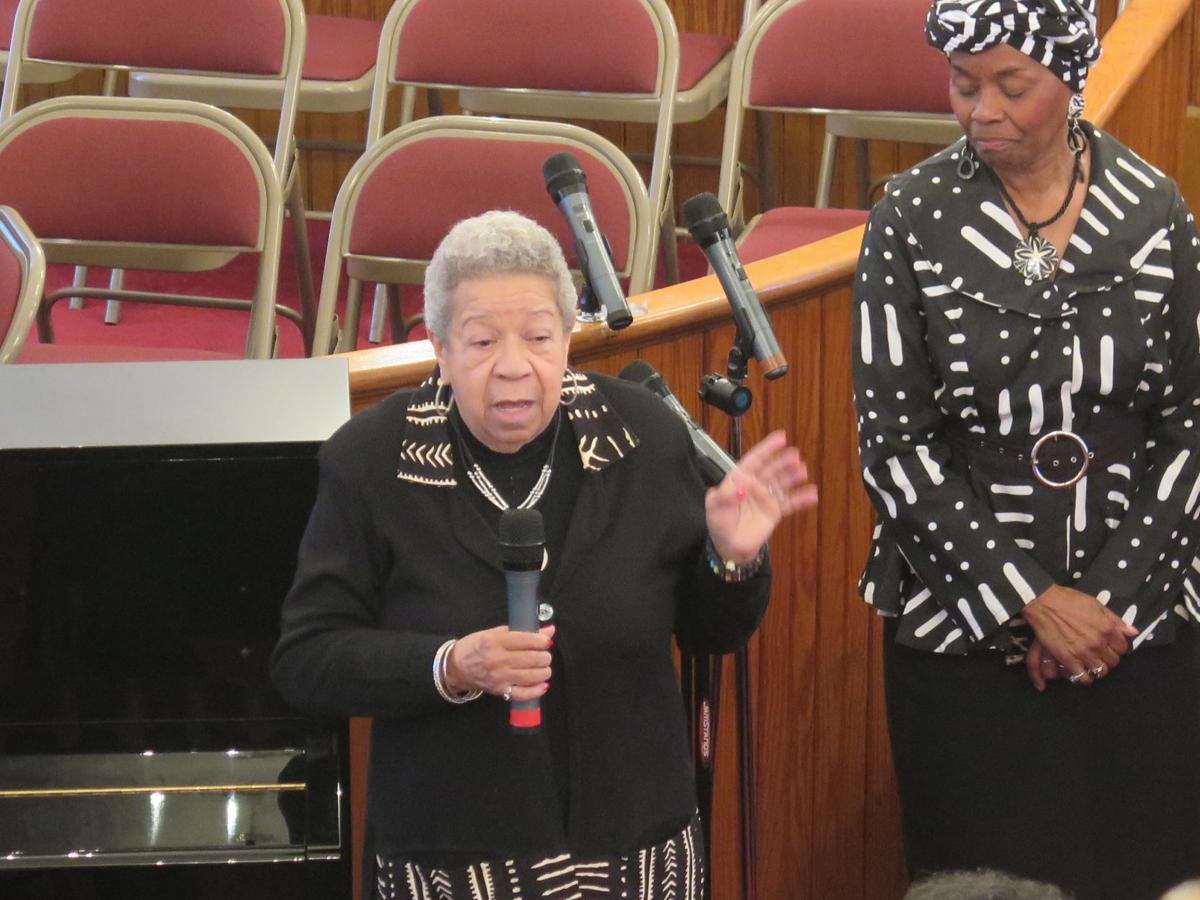 Joyce Colemon, President of the Waynesboro branch of the NAACP, presented Wallace Redd with a plaque at Union Baptist Church in Waynesboro on Sunday.

Shannon Kelly/The News VirginianJoyce Colemon, President of the Waynesboro branch of the NAACP, at Union Baptist Church on Sunday, Feb. 9, 2020.

The “father of their community” is what the Waynesboro branch of the National Association for the Advancement of Colored People (NAACP) called 98-year-old Wallace Redd.

Redd was honored for his impact on the local community at the group’s celebration of Black History Month and the 111th anniversary of the NAACP at Union Baptist Church on Sunday.

Redd is known among his family and friends particularly for his musical gifts. Joyce Colemon, president of the Waynesboro branch of the NAACP, said his music has touched many lives. Redd has played instruments and been musical his entire life, participating in a band comprised of himself and his siblings, according to his daughter.

Even at 98, he still plays his saxophone — primarily at Saint James Baptist Church — and is still driving himself.

Wood said that Redd told her: “When I get tired, I’ll let you know.”

Redd was presented with a special plaque from the NAACP.

“He’s always been a blessing to the churches, to the community and to his family. We’ve always been inspired by the music. He is an icon,” Colemon said, adding that she believes part of Redd’s longevity is rooted in his spirit of service, always putting others before himself.

“I love all of you,” Redd said after accepting the plaque and recognition.

Sunday’s event was held in celebration of Black History Month recognized in February. The Waynesboro branch of the NAACP hosts special celebrations at various locations throughout the city, inviting everyone to learn about black history, celebrate black achievements, motivate one another to keep pressing forward, encourage continued social change and celebrate with black individuals.

“Black History’s here. We just try to take it out in the community,” Colemon said.

The celebration opened with musical selections, prayer and an offering collection, followed by an address from guest speaker Kenneth Venable and a special presentation from Colemon. Running themes of the ceremony included looking forward — not backward — and keeping up the fight for civil rights, striving to continue making society a better, more equal place. Additionally, Colemon said, the program aims build community, togetherness, support and love for one another.

“Black history is done every day,” Venable, of Staunton, said. “Change has got to come from the inside. It can’t come from the outside. Do good for others that will live long after you’re gone.”