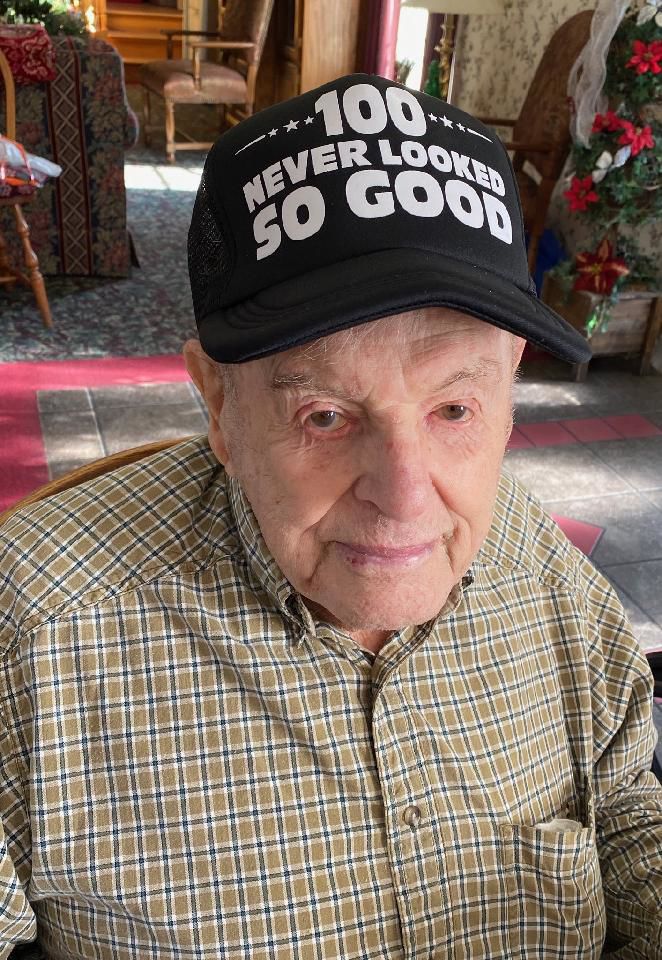 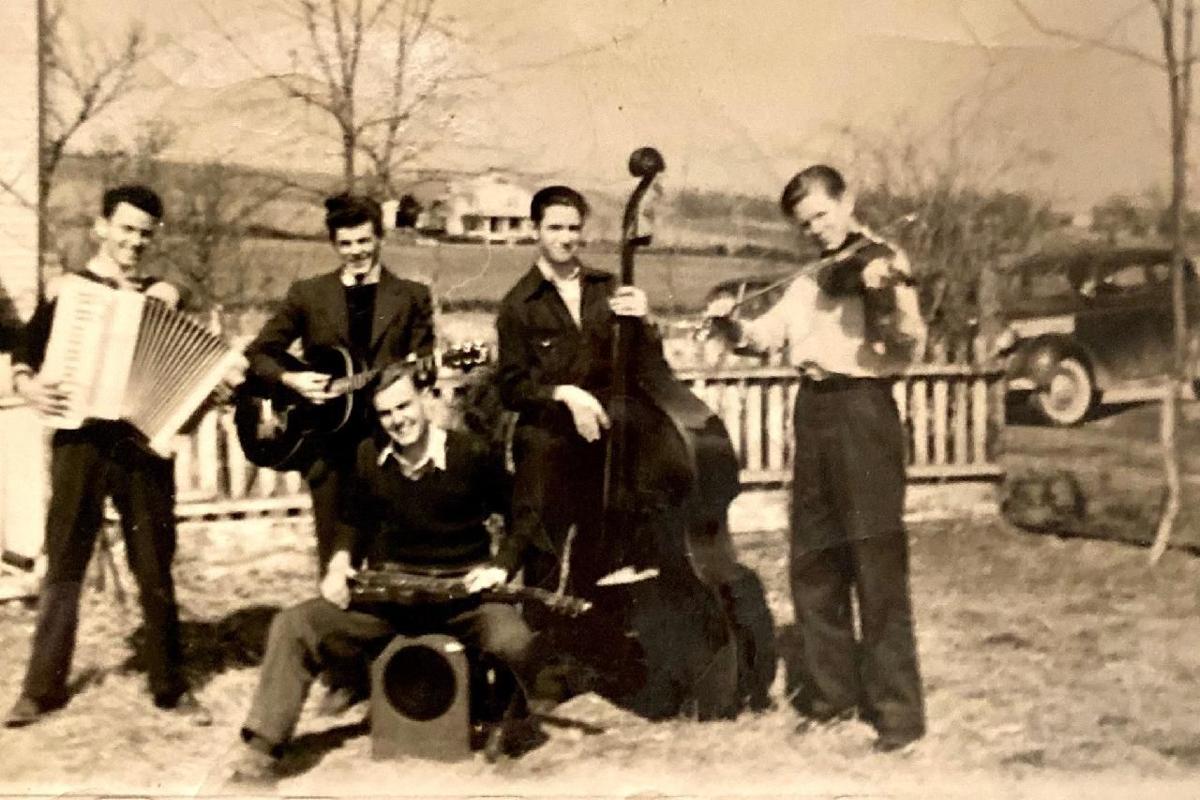 SubmittedGlenn Gochenour played guitar in a band during the late 1930s. 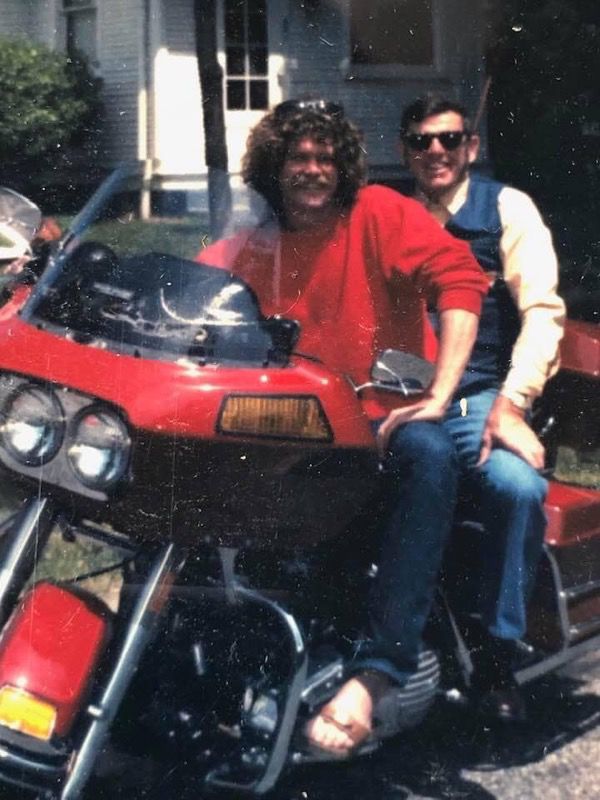 SubmittedGlenn Gochenour poses with a friend on a motorcycle. 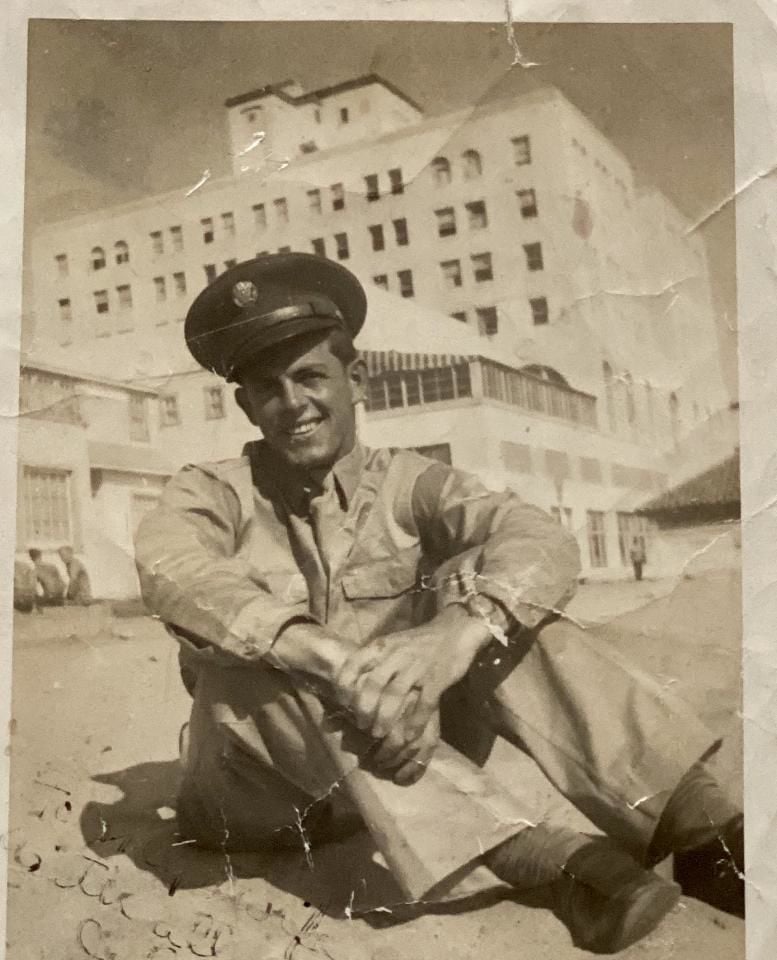 Glenn Gochenour, who turns 100 on Thursday, enlisted in the Air Force during WWII.

SubmittedGlenn Gochenour played guitar in a band during the late 1930s.

SubmittedGlenn Gochenour poses with a friend on a motorcycle.

Glenn Gochenour, who turns 100 on Thursday, enlisted in the Air Force during WWII.

Glenn Gochenour has experienced and witnessed a tremendous amount over the last century.

Born Dec. 5, 1919, in Crimora, Gochenour is celebrating his 100th birthday on Thursday.

Surrounded by family and friends, the 100-year-old is still lively and active. In his 90s, he rode a hover-board for the first time. He enjoyed riding motor cycles; he plays the organ by ear, following a time playing guitar in a band; and he has a wealth of stories. He was always an “adrenaline junkie,” according to his daughter, Vickie Wood.

“He has lived his life and not sat back and watched it go by,” Wood said.

Gochenour’s world has changed dramatically since his birth in 1919.

“We didn’t have electric, no running water, no central heat, nothing,” he said. “And it’s kind of hard to believe, but that’s the way things were for many years.”

With no television or video games, Gochenour and his 12 siblings played outside for their entertainment. He remembered running around barefoot during the spring and balancing up and down the picket fence in the yard.

When Gochenour was older, he played guitar in a band with a group of his friends.

“We won a contest and played on the radio,” he said.

Gochenour went to work for DuPont company in July of 1940. When World War II rolled around, he and his fellow bandmates enlisted in the Air Force.

“I decided to enlist in the Air Force to keep from drafting. I thought it would be a better choice,” he said. “All the musical group decided to sign up with me.”

Gochenour was never deployed overseas during his time in the Air Force, which his daughter counts as a blessing for him. After attending school in California, where he was based for a time, he was sent back to Virginia and discharged from the service. DuPont offered Gochenour his old job back when he returned.

“I came back out of the service and they told me if I wanted to take my job back they would give me two weeks vacation with pay then I would go to work,” he said.

Gochenour has seen much new technology over the years, but the one that that impresses him the most is the smart phone.

Of all his feats and adventures in his long life, Gochenour feels that his three children were his best and biggest adventure of all.

Wood has an innumerable amount of fond memories growing up with her father and two brothers.

“I would be looking out the window and he would be working in the garden, and then he would get up and all of a sudden I would see him doing back flips and walking on his hands,” she recalled, laughing.

Although Gochenour tried to teach her all of his tricks, Wood said she did not manage the back flip. However, she learned to walk on her hands.

Another favorite memory Wood shared was walking through the woods every year to pick out the perfect Christmas tree.

“There weren’t Christmas tree lots then, I don’t think,” she said. “We would always walk around and find the perfect tree.”

Gochenour once walked on his hands down a trail through the forest on a Christmas tree search.

Wood used to sit on her father’s lap as he taught her how to strum guitar strings.

“He also used to tell me all the time that no matter what kind of mood you’re in, if you turn on music and listen to it, it changes everything,” she said.

Gochenour taught all of his grandkids to water ski, Wood added.

“And ice skate and roller skate,” Gochenour chimed in.

“I think the biggest lesson I have learned from my dad is to always think positive. And he taught me the gift of laughter,” Wood said.