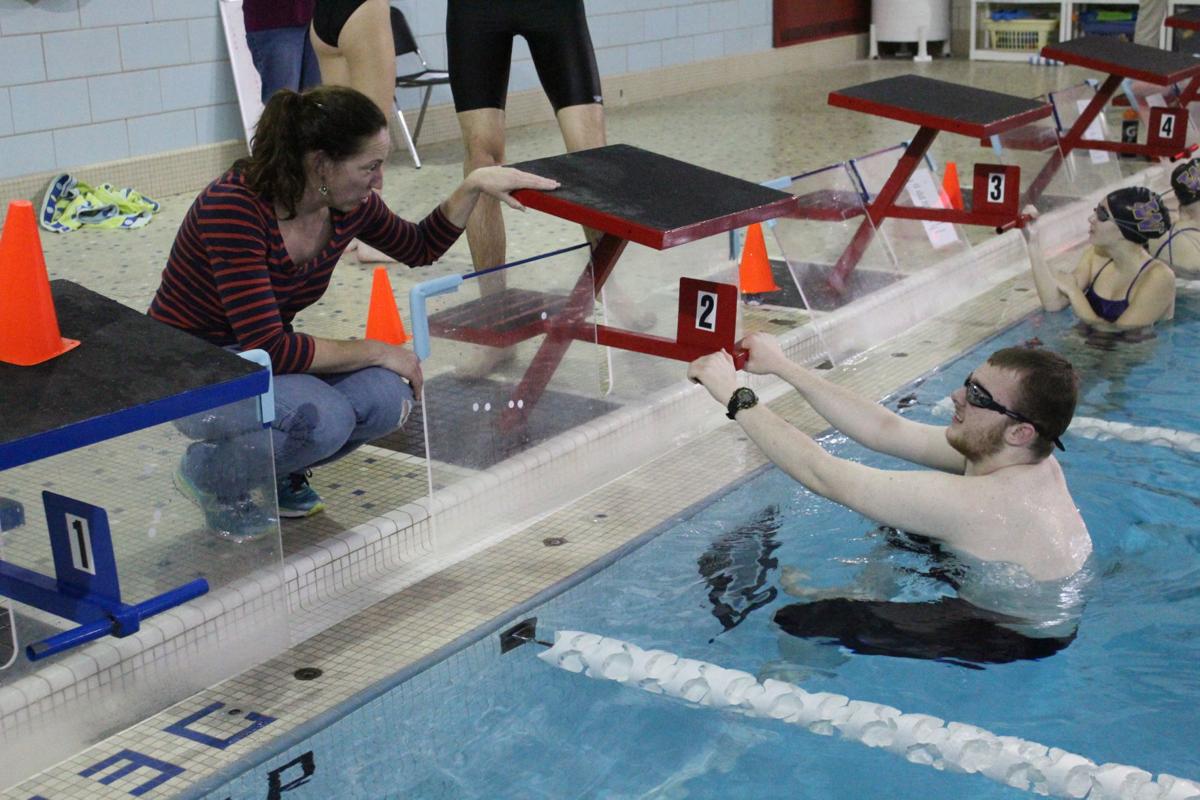 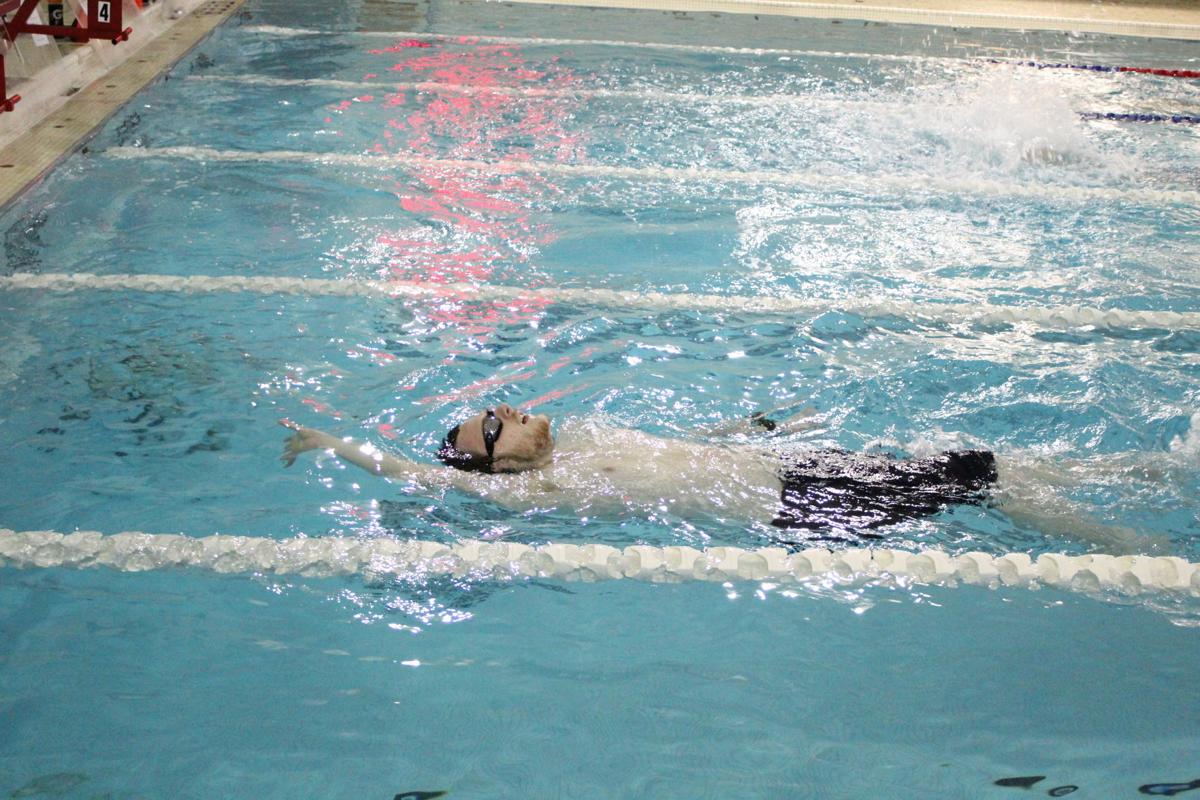 Chris Joiner swims laps at the Waynesboro YMCA on Monday during a high school swim practice. 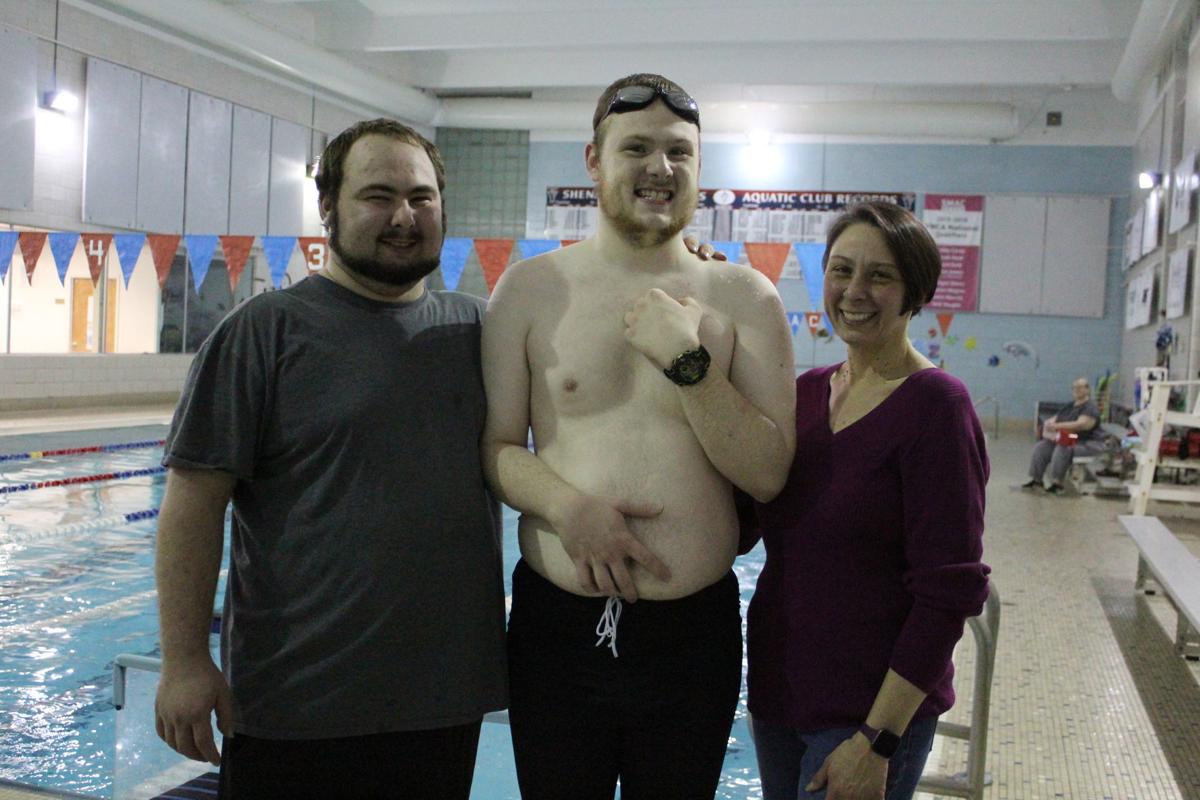 Chris Joiner swims laps at the Waynesboro YMCA on Monday during a high school swim practice.

From glancing in the Waynesboro YMCA’s pool during Waynesboro High School’s swim practice — nothing looks amiss.

The night before an away swim meet, about two dozen swimmers arrived at the pool to prepare for the competition — laughing, making laps in the pool and going over the meet's logistics.

Watching her son, Chris, practice from the sidelines, Teressa Joiner says watching the 18-year-old swim is a dream come true and one that she never thought she wanted or would see.

Swimming, especially at a competitive level, wasn’t something that was originally in the cards for Chris Joiner because of his autism. After joining an adaptive swimming program at the Waynesboro YMCA in September, the senior decided to then join his high school team.

Ever since, Chris has been a fish in the water — still participating in the adaptive swim program at the YMCA, as well as competing in the backstroke and freestyle events for his school.

At that time, Chris never really wanted to jump in or be in the deep end — a stark comparison to his current swimming ability.

Teressa Joiner was on the team that helped organize the program, and initially enrolled Chris to increase his swimming ability and safety.

“The statistics tend to be pretty high for autism and water-related incidents. It’s been an important part of life for a long time that I’ve tried to work with him on,” Teressa Joiner said.

But Teressa said she could have never foreseen that just a few months later, Chris would be swimming for his high school team.

“I just wanted more for him — to be able to really enjoy it and be independent with it and safe at the same time,” she said. “You want your kids to be healthy and happy and have that fully developed life whether they have special needs or not. Sometimes we get so caught up on what they can’t do that we forget to consider that there’s a lot more that they can do with the right support.”

With encouragement from his adaptive swim teachers and his swim buddy, the high school senior decided to take a dive off the deep end and join Waynesboro’s competition swim team.

“It is a lot of fun,” Chris said. “I have fun getting to swim. My teammates are really nice.”

At each practice, Chris is accompanied by his 20-year-old brother Blake. Blake Joiner watches Chris from the sidelines, offering support when needed.

“If I need to be in the pool with him to teach him, I can be, but it’s mainly showing him on dry land first and seeing if he gets it in the water,” Blake Joiner said. “If he does, then we can keep going with different things. If he doesn’t, then we can back up.”

Teressa Joiner said she was initially nervous about how other people would react and if Chris would be accepted, but the team has been very welcoming.

“We have learned since he was younger to support and try to push him when appropriate to really live his best life, not ours. He changes so many people just by meeting them. He’s just this sweet, lovable giant. I’m learning now that one of the great things about team sports is that team building,” Teressa Joiner said.

“They have been very accepting and inclusive,” Young said. “Chris is always smiling. He sets a great example by being punctual and working hard right up until the end, and that’s something that’s important to him. He likes to watch the clock, and it’s helpful to all of us.”

Chris added that he enjoys team dinners every Sunday.

Beyond the pool, Teressa Joiner said Chris has overcome a number of challenges — including that until the age of 11, Chris was labeled as non-verbal.

“We’ve watched him take these challenges and just knock them over,” Teressa Joiner said through tears. “If you compare him to a typical senior, maybe he’s not achieving the same things. But, you look at his challenges and what he has overcome, he knocks them out of the park in so many ways.”

Since enrolling in the adaptive swim program and joining the swim team, Teressa Joiner said she’s noticed an improvement in how Chris handles differences and changes in everyday life.

While Chris only has a few more weeks of swimming on his high school team, he’s become a life-long swimmer.

“That was the idea of putting that in place and developing that interest in it and taking it from something they couldn’t do just because they have a disability to something they they can not only do but hopefully enjoy,” Teressa Joiner said.

She added that she hopes other kids in Chris’ shoes have the opportunity to achieve what Chris has.