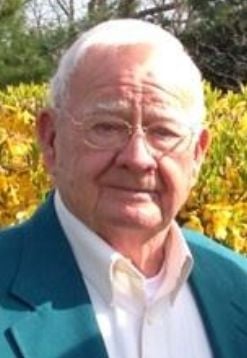 Kenneth R. Snyder Sr. Kenneth Ray Snyder Sr., 91, widower of Barbara Christine (Poff) Snyder, of Staunton, died Wednesday, January 8, 2020, at his residence. He was born May 14, 1928 in Staunton, a son of the late Roscoe Gilbert and Myrtle (Harlow) Snyder. Mr. Snyder was a veteran of the U.S. Navy having served in World War II. Prior to retirement, he was employed as a plumbing and heating inspector for Augusta County. Family members include six children, Kenneth R. Snyder Jr. and wife, Rachel, of Waynesboro, Thomas G. Snyder and wife, Sherry, of Staunton, Gary L. Snyder and wife, Sheri, of McGaheysville, a daughter, Christina L. Smith and husband, Joseph, of Rocky Mount, N.C., John W. Snyder of Atlanta, Ga., and Michael D. Snyder of Staunton; nine grandchildren, Megan Kincheloe, Casey Snyder, David Snyder, Jason Snyder, Matthew Snyder, Lindsay Snyder, Emily Carter, Zachary Smith, and Logan Smith; five great-grandchildren, Graycie and Colt Kincheloe, Gavyn and Liam Collier, and Charlotte Snyder; a brother-in-law, G.W. Lockridge; and a special family friend, James Hathaway. In addition to his wife, he was preceded in death by a brother, David G. Snyder and a sister, Goldie S. Lockridge. A funeral service will be conducted at 1 p.m., Saturday, January 11, 2020, in Fishersville United Methodist Church by Pastor Peter Choi and the Rev. Dr. Gene Williams. Burial will follow in Augusta Memorial Park. Active pallbearers will be his sons and son-in-law. Honorary pallbearers will be his grandchildren. The family will receive friends one hour prior to the service in the church. Memorial donations may be made to Fishersville United Methodist Church, 1600 Jefferson Highway, Fishersville, VA 22939 or Hospice of the Shenandoah, c/o Augusta Health Foundation, P.O. Box 1000, Fishersville, VA 22939. Condolences may be sent to the family at www.henryfuneralhome.net. 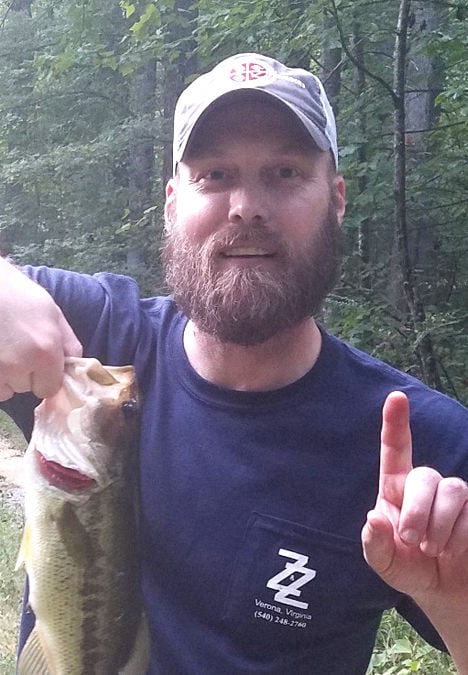 Travis Brian McKinney, 42, a resident of Stuarts Draft, passed away Monday, January 6, 2020, at his residence. He was born on January 18, 1977 in Staunton, a son of Melton McKinney of Richmond and Olga Lindsay, of Fishersville, Va. who survive him. He was employed by Draftco until this death. Being mechanically talented, he loved working on trucks and motors in his spare time, gardening, and was a proficient fisherman and hunter, having successfully completed a Wild Boar hunt in Tennessee with his son this past October. In addition to his parents, he is also survived by his wife, Teresa McKinney; son, Luke David McKinney and a daughter, Hailey Mongold, both of Waynesboro. Other survivors include a sister, Amanda K. Davis of Fishersville; two nieces, Morgan and Miranda; his stepmother, Gloria B. McKinney of Richmond. A memorial service will be held at McDow Funeral Home on Sunday, January 12, 2020, at 2 p.m. The family will receive friends immediately following the service. Condolences to the family can be made at mcdowfuneralhomeinc.com.