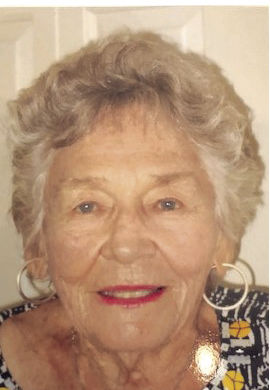 Aileen Margaret Kabrich Kennedy passed away peacefully on March 22, 2020, at Summit Square in Waynesboro, Virginia. She was a devoted and loving wife, mother, grandmother, great-grandmother, and friend to all who knew her. Aileen was born in Wytheville, Virginia, on June 11, 1930, the youngest daughter of the late Randolph Moore Kabrich Sr. and Mattie Preston Wassum Kabrich. She was preceded in death by her husband, the Reverend Dr. Joseph Whitner Kennedy, in December of 2016, after 63 years of marriage, and her brother, Randolph Moore Kabrich Jr. She is survived by her sister, Preston Kabrich Tothill of Portland, Texas; sons, Joseph Whitner Kennedy Jr. and his wife, Donna, Bradley Randolph Kennedy and his wife, Darlene, Leland McDuffie Kennedy II and his wife, Elizabeth; grandchildren, Joseph Whitner Kennedy III and his wife, Sarah, Robert Hughes Kennedy, James Gordon Kennedy and Rachel Miles Kennedy; and great-grandsons, Joseph Whitner Kennedy IV and Grady Chapman Kennedy. After graduating from Wytheville High School, Aileen studied two years at Queens College of Charlotte, N.C. and transferred to Converse College of Spartanburg, S.C., where she received her Bachelor of Arts Degree in 1952 and met the love of her life. Aileen and Whit married in August of 1953 and charted a course together to pursue his theological studies and their service to the Presbyterian Church and communities in which they lived, including First Presbyterian Church of Spartanburg, First Presbyterian Church of Bishopville, SC, First Presbyterian Church of Natchez, MS, First Presbyterian Church of Hickory, NC, and First Presbyterian Church of Waynesboro, VA. After moving to Waynesboro in 1976, Aileen became a member of the Rosecliff Garden Club, where she worked alongside many friends to prepare and present the House and Garden Tours of Waynesboro. Her generous spirit led her to perform countless acts of generosity and volunteerism to those in need throughout the community, including Meals on Wheels and "Trail Angels" providing transportation, and at times shelter, to travelers hiking the Appalachian Trail and Blue Ridge Parkway; a community service that led to many stories and lifelong friendships. Aileen was a competitive spirit, an avid tennis player and loved to flounder fish. Her most treasured memories were those spent with her children, grandchildren and great grandchildren in Waynesboro, Montreat, N.C. and Garden City Beach, S.C. Funeral services will be announced at a later date. The family would like to express gratitude to the administration and staff of Summit Square for the loving care they provided to Aileen. Their special attention to convalescent care, personal acts of kindness and genuine friendship they shared with Aileen and her family will never be forgotten. In lieu of flowers, memorials may be made to First Presbyterian Church, Waynesboro, P.O. Box 877, 249 S. Wayne Avenue, Waynesboro, VA 22980, and Summit Square Fellowship Fund, 501 Oak Avenue, Waynesboro, VA 22980. A memorial and interment service will be scheduled at a later date at First Presbyterian Church in Spartanburg, S.C. Condolences to the family can be made at mcdowfuneralhomeinc.com. 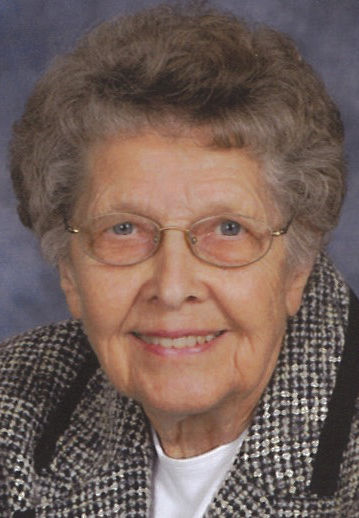