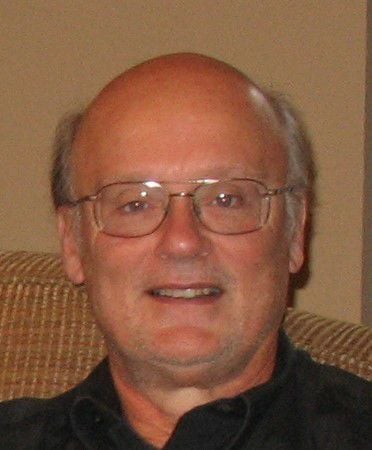 James "Jim" George Burcin, 70, of Waynesboro, passed away unexpectedly on Friday, May 8, 2020, at his residence. Born on July 18, 1949, in Pittsburgh, Pennsylvania, to the late George and Irene (Kavinsky) Burcin, he graduated from West Mifflin High School in 1967 and earned an associate degree from Penn Technical Institute before moving to Waynesboro in 1969 to start employment at General Electric. He entered the Army in 1970 and served honorably in the second Infantry Division stationed in South Korea. After his service, he continued working at General Electric and then Genicom. He retired from Martha Jefferson Hospital in 2015. His hobbies included restoring classic cars and trucks, bee keeping, model trains and being outdoors. Most important to him was his family and being a beloved "PawPaw" to his four grandchildren. He never met a stranger and loved talking to friends and neighbors, most especially his long-time friend Ronnie Colella. He is survived by his wife, of 49 years, Connie (Wakeman) Burcin; his sons, Christopher Burcin of Stuarts Draft, Tracy Burcin and his wife, Christy of Waynesboro, and Terry Burcin and his wife, Kara of Midlothian, Virginia; a brother, Robert Burcin and his wife, Virginia of Ligonier, Pennsylvania; and his precious grandchildren, Garrett Burcin, Cole Burcin, and Ethan Burcin of Waynesboro, Virginia and Jillian Burcin of Midlothian, Virginia. In addition, he is survived by beloved cousins whom he thought of as siblings, Gary Burcin and wife, Sandy of Clairton, Pennsylvania, Gail DeLucia and husband, Carmen of Pittsburgh, Pennsylvania, David Burcin of Finleyville, Pennsylvania and had close relationships with numerous other relatives throughout the years. Visitations will be at McDow Funeral Home on Tuesday, May 12, 2020, from 9 a.m. until 2 p.m. Friends and family will be welcomed according to COVID-19 protocols. A private graveside service will be held at Augusta Memorial Cemetery with immediate family only. A memorial service will be held at St. John's Catholic church in Waynesboro at a later date. In lieu of flowers, donations can be made to Staunton-Augusta Rescue Squad who were dedicated and professional responders in our family's greatest time of need.

Paul Gunick, 71, of Stuarts Draft, passed away peacefully at his home with his beloved service dog, Niko and his son, Richard at his side. Paul was the son of the late Nicholas and Mary Gunick formerly of Bloomfield, N.J. In addition to his parents, he was preceded in death by his former wife, Peggy Roadcap Mize. Paul served his country in the United States Army during the Vietnam Conflict and was honorably discharged at the end of his service. He was a retired carpenter, having built many homes in Stuarts Draft, Waynesboro and Staunton areas. Paul was an avid fisherman and was well known in the Gwynn's Island area as a summer resident, and loved to fish for Halibut in Alaska. Survivors include his son, Richard Gunick of Haines, Arkansas; his daughter, Julie Capece of Annandale, N.J.; his stepsons, Joey Rodriguez of Dooms and Scott Rodriguez of Crimora; as well as numerous grandchildren and great-grandchildren. He will be missed by many. A private family graveside service was held in Calvary United Methodist Cemetery. Memorial contributions may be made to the Stuarts Draft Rescue Squad, P.O. Box 260, Stuarts Draft, Virginia 24477. Relatives and friends may share condolences and memories with the family online by visiting www.reynoldshamrickfuneralhomes.com.