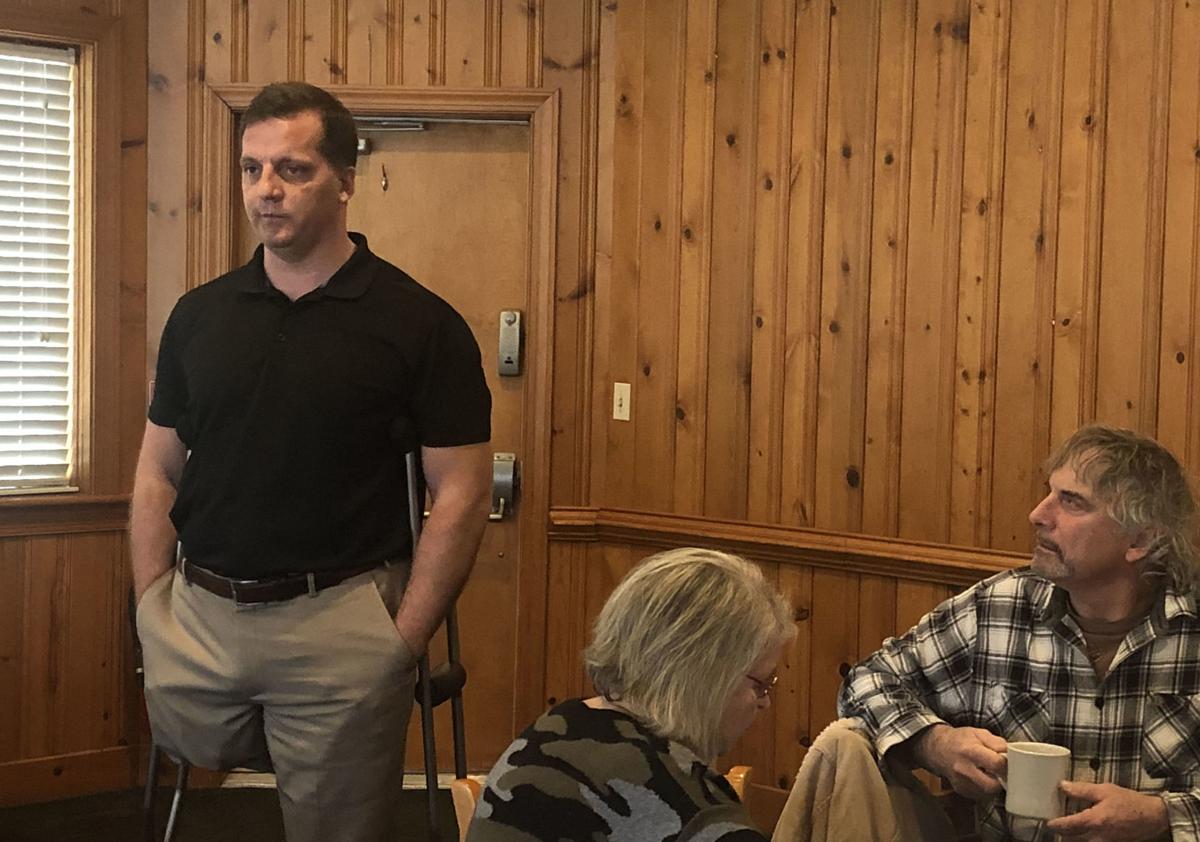 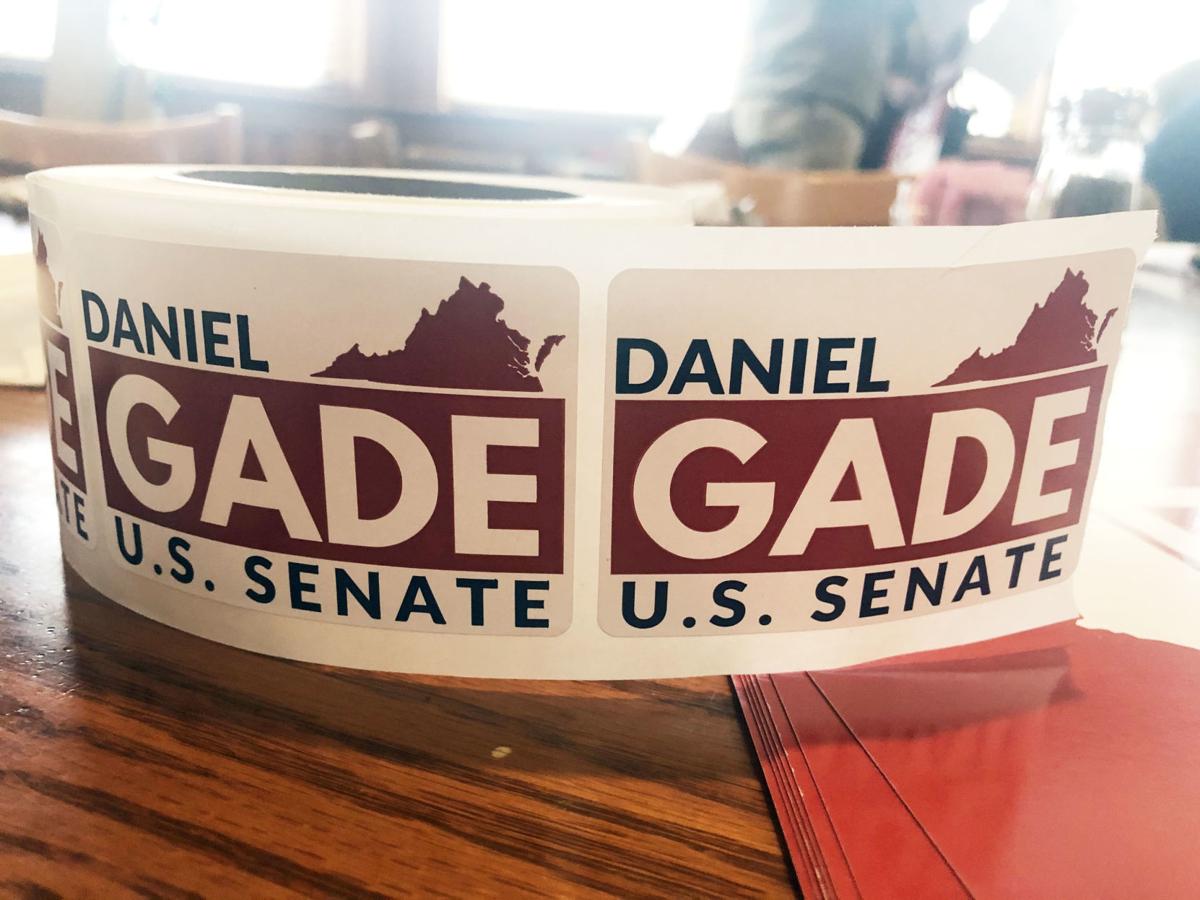 Logan Bogert/The News VirginianDaniel Gade, an Army veteran who lost a leg in Iraq, is vying for the right to take on Sen. Mark R. Warner, D-Va.

Logan Bogert/The News VirginianDaniel Gade, an Army veteran who lost a leg in Iraq, is vying for the right to take on Sen. Mark R. Warner, D-Va.

Gade made multiple stops along the Shenandoah Valley this week for a series of meet and greets with constituents. The 44-year-old from Northern Virginia announced his campaign in August and made an appearance at Mrs. Rowe’s restaurant in Staunton on Friday to meet with residents.

“I view this as an extension of my 25 years of military service,” said Gade, an Army veteran who lost a leg in Iraq. “Our campaign motto is ‘same oath, new mission’ because the oath that an army office swears is the same oath that a senator swears, which is to defend and support the Constitution of the United States.”

“I intend to spend a lot of time here in this district,” he added. “A lot of politicians forget about the folks out here. I think it’s critically important that everybody be represented and my goal is to represent everybody.”

Gade tackled questions from the community on the Second Amendment, term limits and defeating incumbent Warner in 2020.

“What Virginians need to know about Mark Warner is that he’s a liar. He pretends to be moderate in Virginia and then he goes to D.C. and votes with his party, so his voting record is basically [New York Senator] Chuck Schumer’s voting record,” Gade said. “Over time, he has fallen into the trap that so many people do. In 2014, he used to call Ed Gillespie a swamp creature all the time on the debate stage, but the truth is that Mark Warner is the swamp creature.”

Gade told the nearly dozen community members in attendance that Warner is a “gun-grabber,” but that if elected he will preserve the Second Amendment. He noted that guns are “only as dangerous as its operator.”

“This is not about guns, this is about the role of government in our lives,” Gade said. “We need to make the linkage between mental health and the background check system stronger, no question about it. We need to be alert to the fact that there are people around us who are suffering and we need to get them the help they need as early as possible so that they don’t kill themselves or kill somebody else. But the idea that is percolating on the political left is not a good idea and its unconstitutional, and I think people are finally waking up to that.”

Community members also asked Gade if he supported term limits. He said he pledged to a two-term limit — but that the problem with term limits is stripping away citizen’s rights to choose their representatives.

The Republican primary will be held on June 9, 2020. Since the filing deadline is March 26, the Virginia Department of Elections does not yet have an official list of qualified candidates. However, at least four others have also announced their intent to run for the Republican nomination — Alissa Baldwin, a Nottoway County Public School teacher; Omari Faulkner, a Navy reservist; Thomas Speciale, a U.S. Army veteran and intelligence officer; and Victor Williams, an attorney and activist.

Although this is his first campaign, Gade called himself the clear front runner based on “dollars raised, biography, education and training” and said he feels confident he’ll receive the party’s nomination come June.

“I like fighting,” he said. “I am a fighter, and I’m excited about the fact that this fight is one that can be won.”