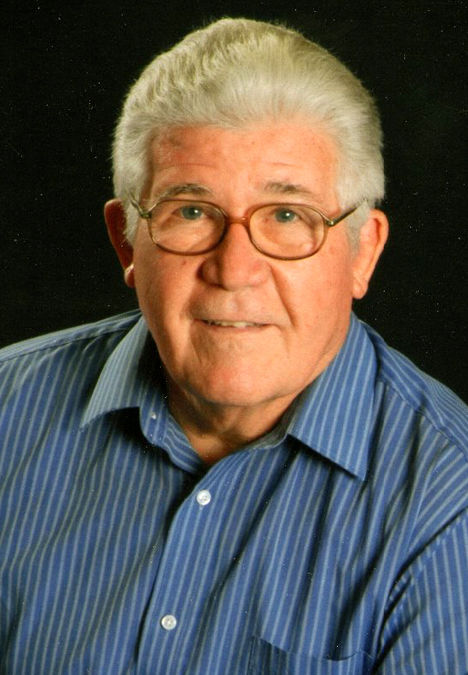 Stanley Eugene Hostetter, 80, of Stuarts Draft, passed away on Thursday, January 30, 2020, at Stuarts Draft Retirement Community, after a short battle with cancer. He was born on December 16, 1939 in Newport News, the oldest son of the late Amos and Irene (Mast) Hostetter. Stanley lived most of his life here in the Shenandoah Valley. Stanley worked as a tool and die maker for General Electric-Genicom in Waynesboro, retiring in 2000 with 38 years of service. Stanley loved the outdoors, especially hunting in the wintertime, and spending time on his boat fishing with family and friends on the Chesapeake Bay in the summertime. He also loved gardening and sharing the bounty with family and friends. On April 7, 1962, he married the former Alice (Hartzler) Hostetter, who survives. In addition to his wife, he is survived by a daughter, Marie Showalter and husband, Ken of Stuarts Draft; a son, Steven Showalter and wife, Maria, of Harrisonburg; three brothers, Warren Hostetter and Amos Hostetter Jr., both of New York and Gary Hostetter of Staunton; a sister, Doris Gullotta of Ashland; grandchildren, Ashley, Ben, Lindsey, Raven Showalter, Jessica Arey and husband, Andy of Bridgewater and Malia Cobb and husband, Brandon of New York; three great-grandchildren, Titus and Sarai Cobb and Layne Arey. In addition to his parents, he was preceded in death by a sister, Anna Day; three infant grandchildren, Kendra Marie and twin grandsons. A service celebrating his life will be conducted at 11 a.m. on Monday, February 3, 2020, at Springdale Mennonite Church, 107 Hall School Road, Waynesboro with Pastor Kevin Goertzen officiating. A private burial will follow the memorial service. The family will receive friends from 2 until 4 p.m. on Sunday, February 2, 2020, at the Waynesboro Chapel of Reynolds Hamrick Funeral Homes. In lieu of flowers, the family suggests memorial contributions be made to the Augusta Health Foundation, c/o Hospice of the Shenandoah, PO Box 1000, Fishersville, VA 22939 or to Springdale Mennonite Church. The family wishes to thank the doctors and nurses at the UVA Cancer Center in Fishersville for the wonderful care they gave Stanley and also, the team members of Augusta Health Hospice of the Shenandoah especially nurse, Rachel. Arrangements have been entrusted to the Stuarts Draft Chapel of Reynolds Hamrick Funeral Homes. Relatives and friends may share condolences and memories with the family online by visiting www.reynoldshamrickfuneralhomes.com.

To plant a tree in memory of Stanley Hostetter as a living tribute, please visit Tribute Store.
+1
+1