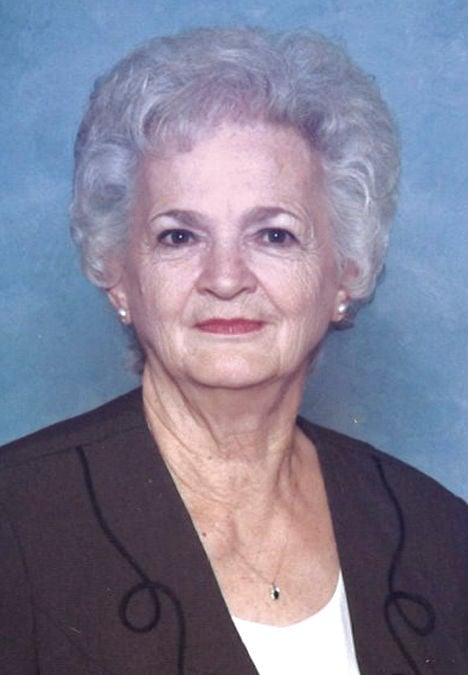 Cleva Elizabeth (Brooks) Rexrode, 91, of 369 National Avenue was lifted up to heaven on Sunday, January 26, 2020, at English Meadows Senior Living in Crozet. Mrs. Rexrode was born in Waynesboro, Virginia, on August 16, 1928, a daughter of the late Russell Lee and Catherine (Landes) Brooks. Cleva was a member of Linden Heights Baptist Church and retired from ASR where she was employed in the packing department for over twenty-nine years. She enjoyed gardening, word search, and loved spending time with her dog "Sweet Pea". In addition to her parents, Mrs. Rexrode was preceded in death by two sons, Roger Dale "Buddy" Rexrode and Donald Eugene Rexrode; a daughter, Bonita Elizabeth Rexrode; and three brothers and seven sisters. Surviving are two daughters, Catherine Minter and her husband, Joe, and Pamela Coakley and her husband, Ted; three sons, Jeffrey Rexrode and his wife, Sandy, Randolph Rexrode and his wife, Sheila, and Dwight "Corky" Rexrode; a brother, Denny Brooks and his wife, Debbie; 15 grandchildren, 26 great-grandchildren, an expected great-grandchild four great great-grandchildren, and a number of nieces and nephews. The family will receive friends one hour prior to the service. A Celebration of life will be conducted 2 p.m. Thursday, January 30, 2020, at the Coffman Funeral Home Chapel by the Reverend John Crawford, III. Burial will follow at Oaklawn Memory Gardens. Active pallbearers will be her grandsons, Jay Minter, Mike Taylor, Nate and Matt Rexrode, and great-grandsons, Cody Minter, and Brandon Taylor. Honorary pallbearers will be her granddaughters, Michelle Coakley, Jessica Hahn, Erica Higgins, Jenna Morgan and her great-granddaughters, Brittany and Emily Minter. It is suggested those desiring make memorial contributions to the Hospice of the Piedmont, 675 Peter Jefferson Pkwy, Suite 300, Charlottesville, VA 22911, www.hopva.org, or St. Jude Children's Research Hospital, 501 St. Jude Place, Memphis, TN 38105-1942. Coffman Funeral Home and Crematory, 230 Frontier Drive, Staunton, is in charge of her arrangements. Condolences may be expressed to the family online at www.coffmanfuneralhome.net.

To plant a tree in memory of Cleva Rexrode as a living tribute, please visit Tribute Store.
+1
+1