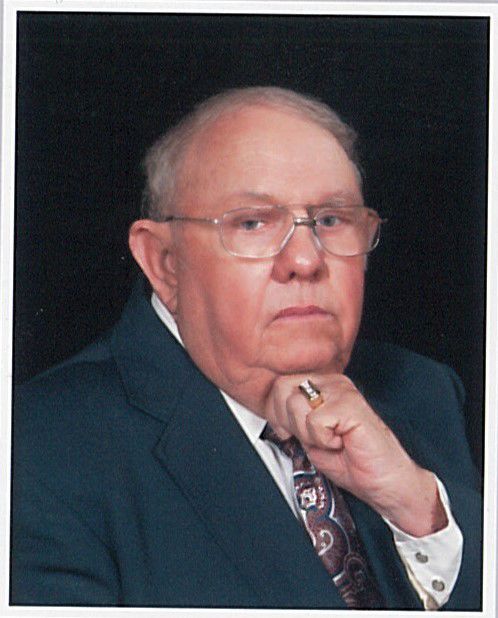 Warren "Bill" Hencil Williams Jr., 87, died on Wednesday May 6, 2020, surrounded by the love of his family. He was born in Augusta County on August 11, 1932, to the late Warren H. Williams Sr. and Mamie (Campbell) Williams. He married Sarah Price Williams on June 6, 1950. In addition to his wife of 70 years, he is survived by his children, Warren A. Williams, Mary Williams Gary O., Michael Williams Kelly, and Judy Moyers Gary; seven grandchildren, Shane Williams Brandy, Wendy Roberson Greg, Joseph Nelson (Nan), Angela Easton (Doug), Christina Lucas (Matt), Travis Moyers (Jessica), and Melissa Shifflett (Chris); six great-grandchildren, Dakota Williams, Logan Roberson, Sampson Lucas, Easton Shifflett, Tucker Moyers, and Emberlyn Shifflett; Four step grandchildren; and four step great-grandchildren; Extended family, John Warner, Pam Fake, Josh Brown and family, Jason Brown and family; and a number of nieces and nephews. Bill was the manager of Grand Piano in Waynesboro, Va., for 28 years, retiring in 1993. He was a member of Barren Ridge Church of the Brethren. He enjoyed family, gardening and sharing his crops with friends and family, visiting Williamsburg, and leisurely drives. He was a Veteran of U.S. Armed Services. Bill was preceded in death by a brother, James T. Williams, sister Sarah Lee Terrell; and daughter-in-law, Sylvia Williams. In lieu of flowers, memorial contributions may be made to Barren Ridge Church of the Brethren. A memorial service will be held at a later date. McDow Funeral Home is assisting family with arrangements. Condolences may be sent to the family at mcdowfuneralhomeinc.com.