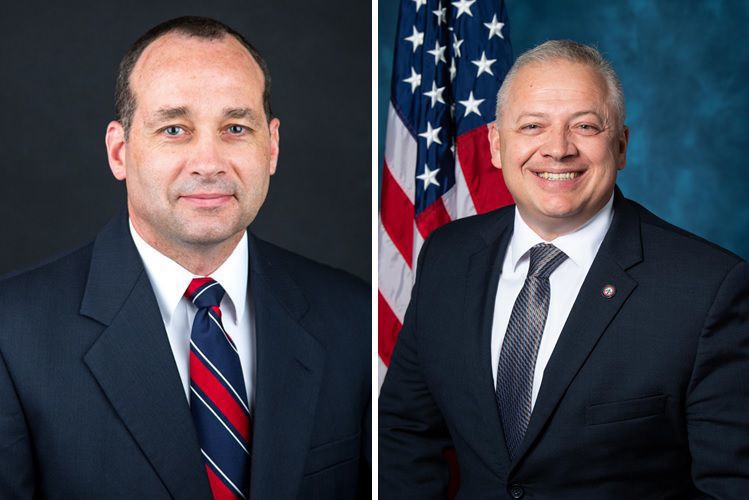 Tracy Pyles, a former chairman and member of the Augusta County Board of Supervisors who lives in Augusta County, is a columnist for The News Virginian. His column is published Saturdays.

It is so seldom we have an election that makes both Republicans and Democrats happy, but darn if it didn’t happen last Saturday.

And by defeating Riggleman in the Republican Nominating Convention, everyone won.

The Party of Jefferson took comfort in the defeat of President Trump’s preferred choice, a reliable conservative incumbent, in favor of a perceived weaker social conservative. The Party of Lincoln had cheering in Lynchburg with the swapping out of a libertarian Republican for a Christian conservative. For these conventioneers, it was a choice of purity over pragmatism.

But the catch of course is that the present revelry, for one side, has a shelf-life of less than five months. And following that Saturday’s drive-by voting, the eventual November winner is far less certain today than it had been the day before.

Replacing an incumbent, justified on anti-gay sentiment, is an unwelcome reminder of days gone by. And the consequences may well be the loss of a safe seat or at a minimum an increased effort and greater fund raising to hold on.

As background the 5th District is the largest of Virginia’s 11 Congressional districts. It ranges from Fauquier County in northern Virginia all the way down to the North Carolina line.

It was created to insure the liberal voters of Charlottesville could be offset by a flood of rural voters. Thus 21 counties were enlisted to overwhelm the voters of two cities (Danville as well). The resulting district is 65% rural and 35% urban, thought to be Democrat proof.

But it still remains necessary to put forward qualified candidates, selected through an honest process. So the nominating process remains important.

There are basically three ways to choose a candidate. Open primaries are conducted just as general elections by local Boards of Election. Firehouse primaries are conducted by local party leadership in available public buildings. Lastly is the convention, where a limited number of delegates are chosen locally to represent and vote at a designated meeting.

The Nominating Committee for the 5th District, refused Riggleman’s request for a Firehouse Primary. They instead supported the challenger’s request for the option with the fewest voters, the convention. By agreeing with Mr. Good, and holding the convention in his back yard, the committee seemed indifferent to the incumbent, specifically, and voters generally.

A convention, by design, limits voter participation whereas primaries are prepared for all. A district larger than several states adds undue travel burden for those hours away. Which may account for nearly 30% of those scheduled to attend, being absent.

The vote total of just 1,471 for Mr. Good, given the district has 735,000 residents, seems less than compelling support. Normally the people’s vote is thought to be “the voice of God.” Restricting the people’s participation is akin to telling “God” to “talk to the hand.”

The goal of political parties is to win elections, not punish their own. Rejecting an incumbent for an act of friendship (officiating a gay wedding), while improving the opponent’s odds of winning, is not just wrong but harmful.

Tuesday’s Democratic primary by contrast will be open, convenient, and unassailably fair. Voters will be accommodated in polling stations throughout the 23 localities of the 5th District.

Broad campaigning to all in the district has allowed the Democratic nominees to introduce themselves in well-produced, positive political ads. Those folks are sharing impressive biographies and a willingness to promote policy. Advocating for Obamacare and public schools’ investments, will not appeal to all. But give credit for offering some differentiation and advocacy for voter consideration.

The act of voting becomes more than just that. Going to the polls, casting a vote, takes a personal investment. The act of voting in June can create a momentum to keep working for the candidate into November.

If a Democrat takes this seat; it could mean the Republican 8-3 advantage in the Virginia Congressional Delegation of 2011 has reversed to a 3-8 disadvantage in 2021. This change in voter approval comes despite starting with advantages of incumbency and favorable district configurations.

Some self-reflection may be in order.

A party that once fought the good fight for fiscal responsibility and individual rights, when in the minority, became, in my opinion, just more of the same once in power.

Today’s challenges demand nothing less than electing the best people. If the Democrat wins this race; it will not be because the district is not favorable to Republicans, but rather that this man and this process are unworthy.

Tracy Pyles, a former chairman and member of the Augusta County Board of Supervisors who lives in Augusta County, is a columnist for The News Virginian. His column is published Saturdays. He can be reached at tcpylesjr@hotmail.com.