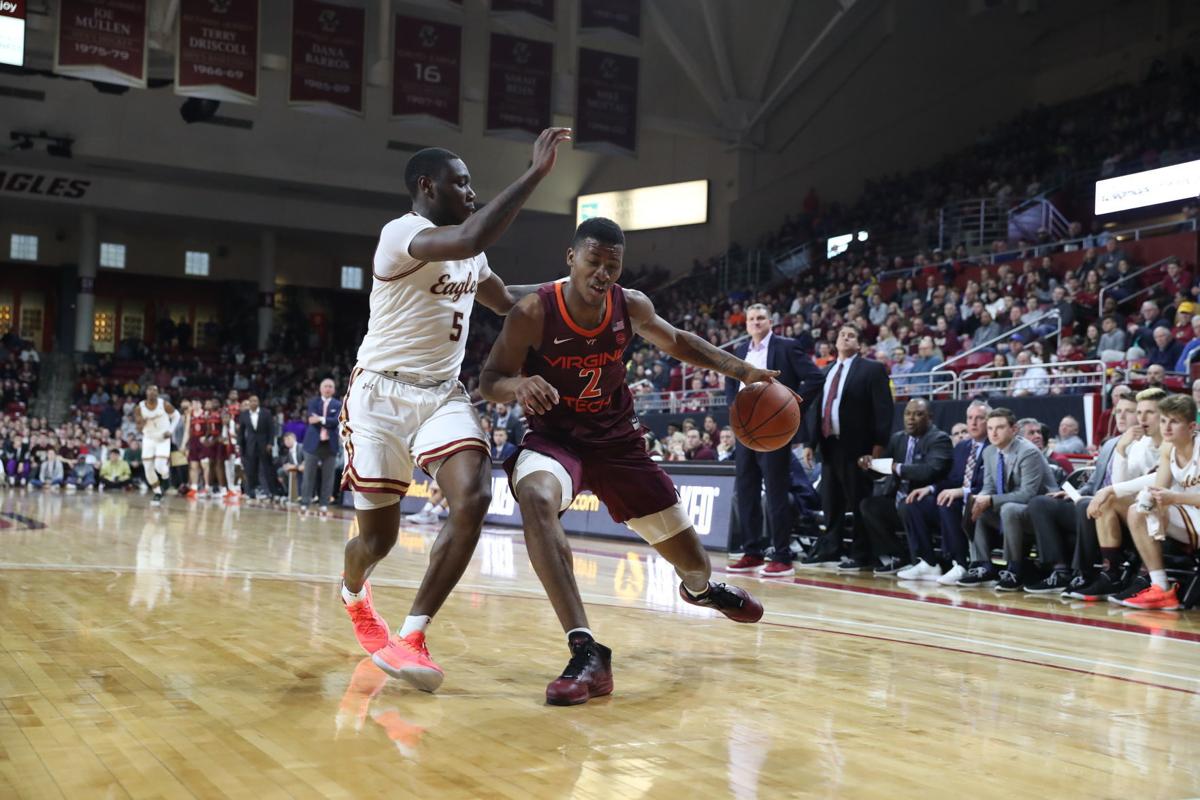 Virginia Tech’s Landers Nolley II (with ball) had 15 points and four turnovers in the loss at Boston College. He and Tyrece Radford did not start because they were late for a pregame shootaround. 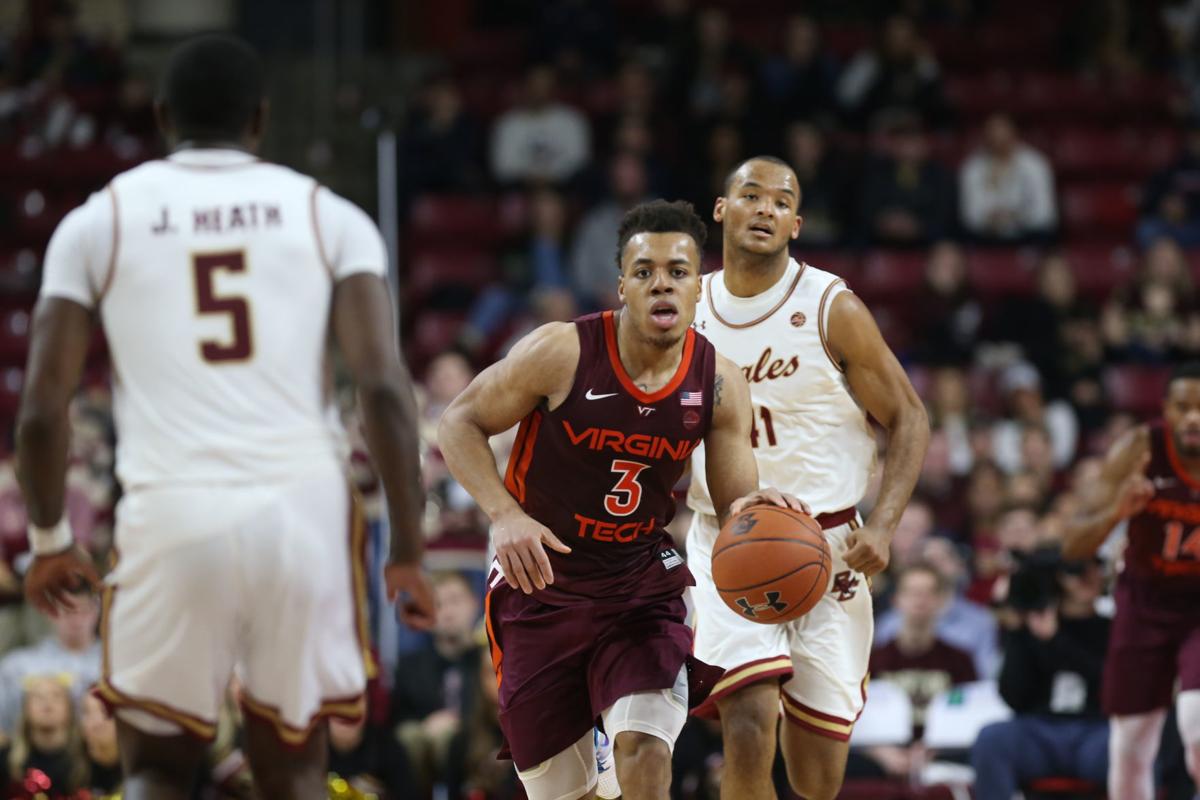 Virginia Tech’s Landers Nolley II (with ball) had 15 points and four turnovers in the loss at Boston College. He and Tyrece Radford did not start because they were late for a pregame shootaround.

CHESTNUT HILL, Mass. — At halftime, it looked like the Virginia Tech men’s basketball team might improve to 4-1 in ACC road games for the first time in its history.

But the Hokies’ offense fizzled in the second half.

Boston College rallied to beat the Hokies 61-56 at Conte Forum on Saturday, snapping a five-games skid in the series.

Tech (14-6, 5-4) was held to its second-lowest point total of the season and mustered just 25 points in the second half.

“You get what you earn. And we earned what we got.”

Tech entered the game ranked second nationally in assist-turnover ratio but had more turnovers (14) than assists (11) Saturday. It was only the fourth time that has happened this season.

The Hokies entered Saturday leading the country in fewest turnovers per game (9.5). Their 14 turnovers Saturday were the most for Tech since the Hokies turned the ball over 14 times in a Dec. 6 loss to Duke.

“Nothing tricky about what they’re Doing. So no,” Young said.

Six of Tech’s turnovers came in the second half, including two in the final two minutes.

“It was us just rushing it,” Tech point guard Wabissa Bede said.

BC recorded eight steals in the game.

“We started being more selfish,” said Bede, who had nine points, five assists and four steals. “In the first half, we were all playing together and making the extra pass and we were getting open shots.

“The ball started sticking more to us [in the second half] and we weren’t moving as much.”

“Our ball movement, our player movement was poor,” Young said of the 3-point woes in the second half. “They guarded some things very well. But our ball reversals and things we get time and time and time again, we were awfully sloppy with some of those movements.”

Tech’s lone 3-pointer of the second half did not come until the final minute.

“They were sprinting out to the shooters [in the second half],” Bede said.

The Hokies’ eight 3-pointers was the team’s lowest total since Tech made four in a Jan. 4 loss at Virginia.

“They’re such an elite 3-point shooting team, we tried to switch as much as we can to make them score in the interior,” said BC coach Jim Christian, whose team snapped a four-game skid. “The problem in the first half with the 3-point shots was they were getting them off our turnovers.”

Tech had 11 points off BC’s eight turnovers in the first half. But BC turned the ball over just three times in the second half.

Landers Nolley II, who had 15 points and four turnovers, and Nahiem Alleyne (10 points) were the only Hokies to score in double figures.

Nolley, who declined a postgame interview, and Tyrece Radford did not start the game because they missed the team bus and arrived late for a Saturday morning shootaround (the first of the team’s two trips to the arena Saturday). The duo entered the game with 14:35 left in the first half.

“We were just trying to swing the ball around, make multiple drives so we can get the defense to move and just get a wide-open shot,” BC sophomore Jairus Hamilton said.

“Second half, … they played a little harder than us,” Alleyne said.

Jalen Cone later sank Tech’s lone 3-pointer of the second half to cut the lead to 59-56 with 29.6 seconds left.

After Bede missed a jumper, Jairus Hamilton made two free throws with 12.5 seconds left to seal the win.

Key stat: The Hokies were held to 25 points in the second half.