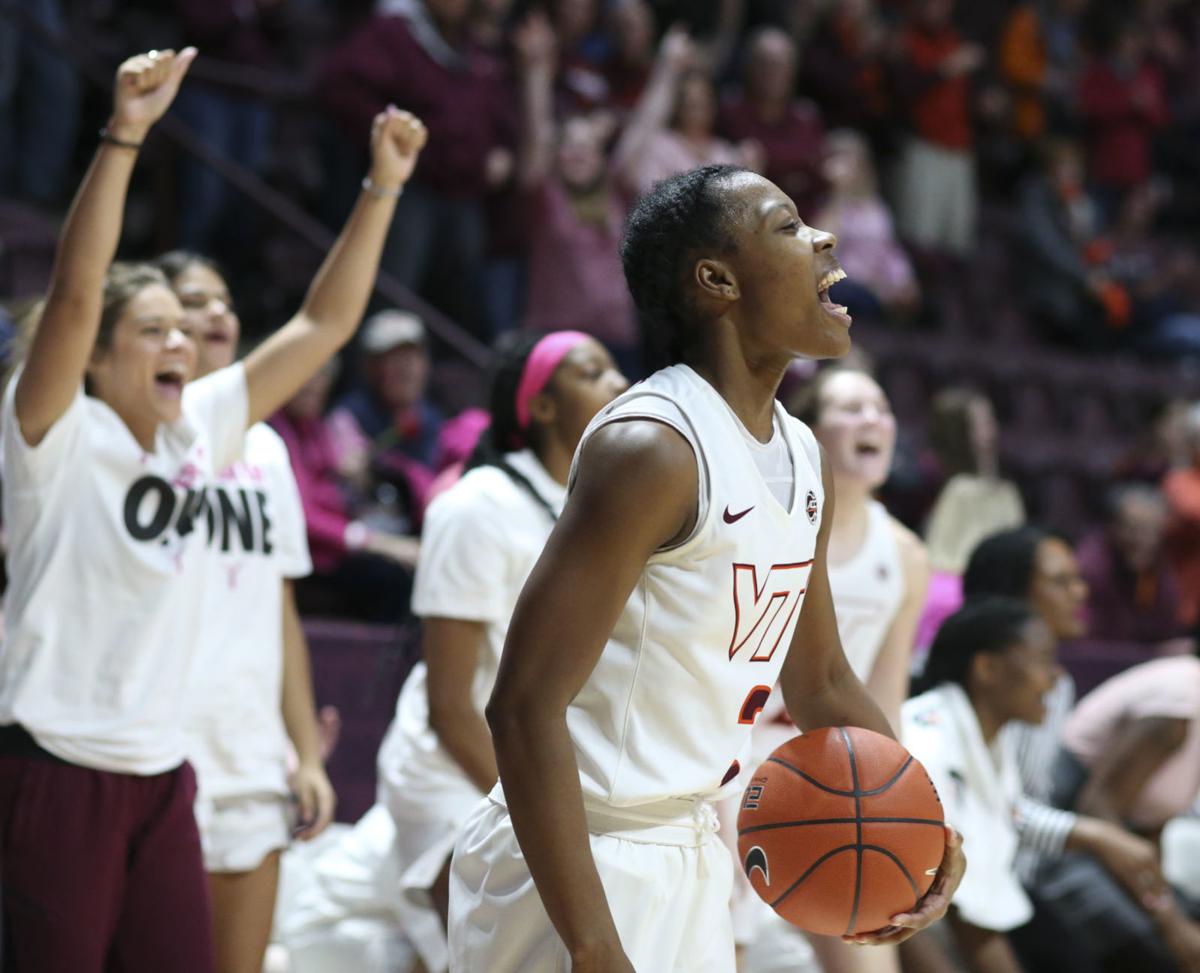 Aisha Sheppard celebrates as time expires at the end of Virginia Tech's overtime win. She had 17 points. 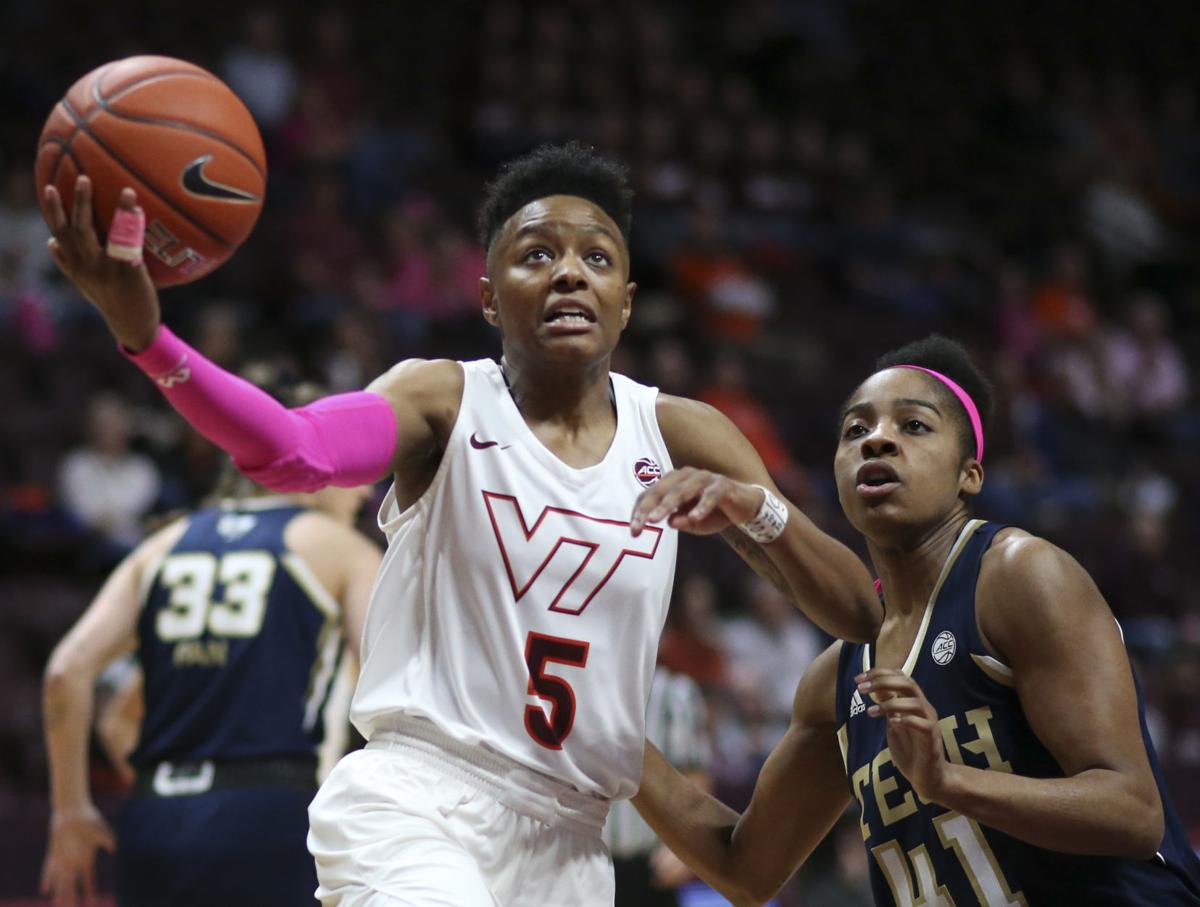 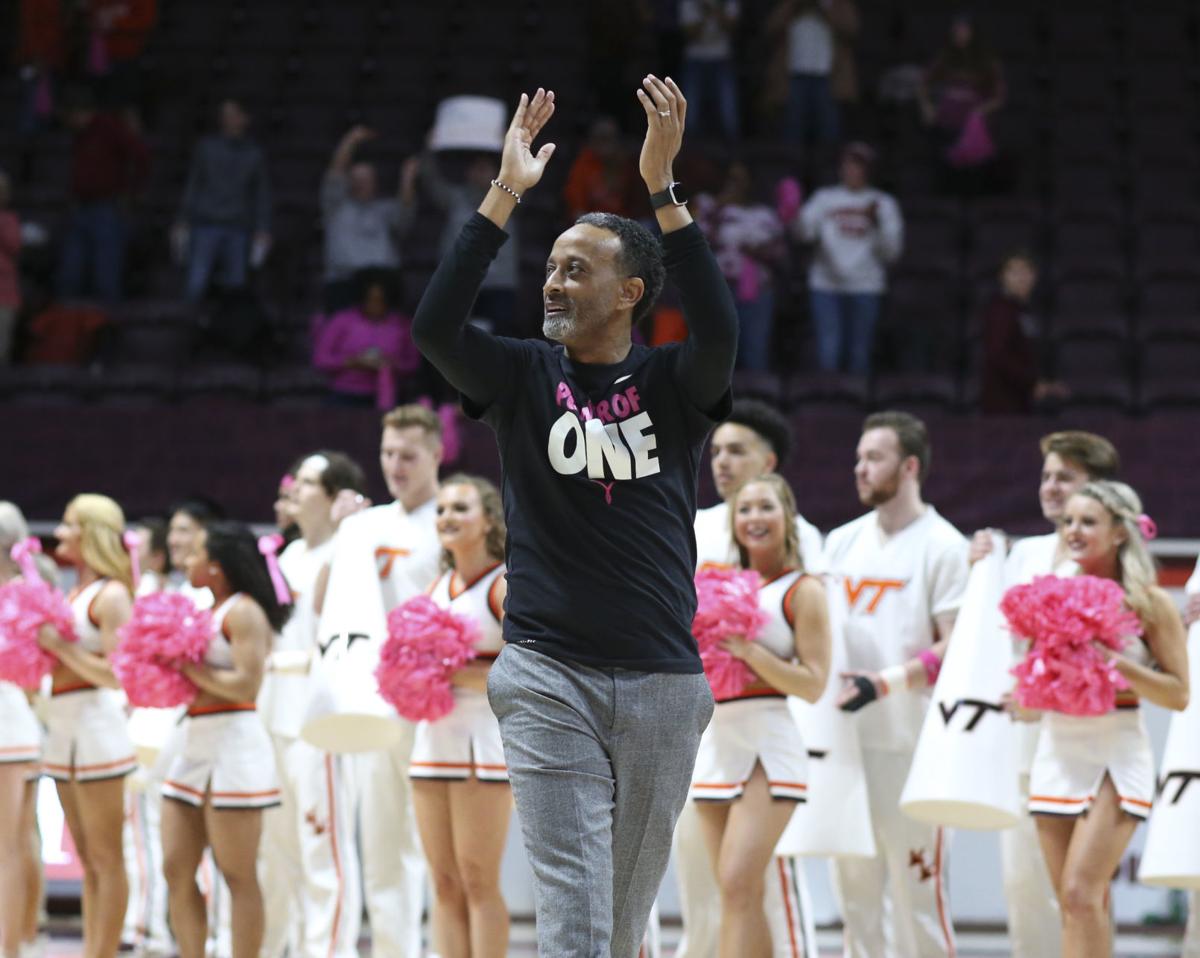 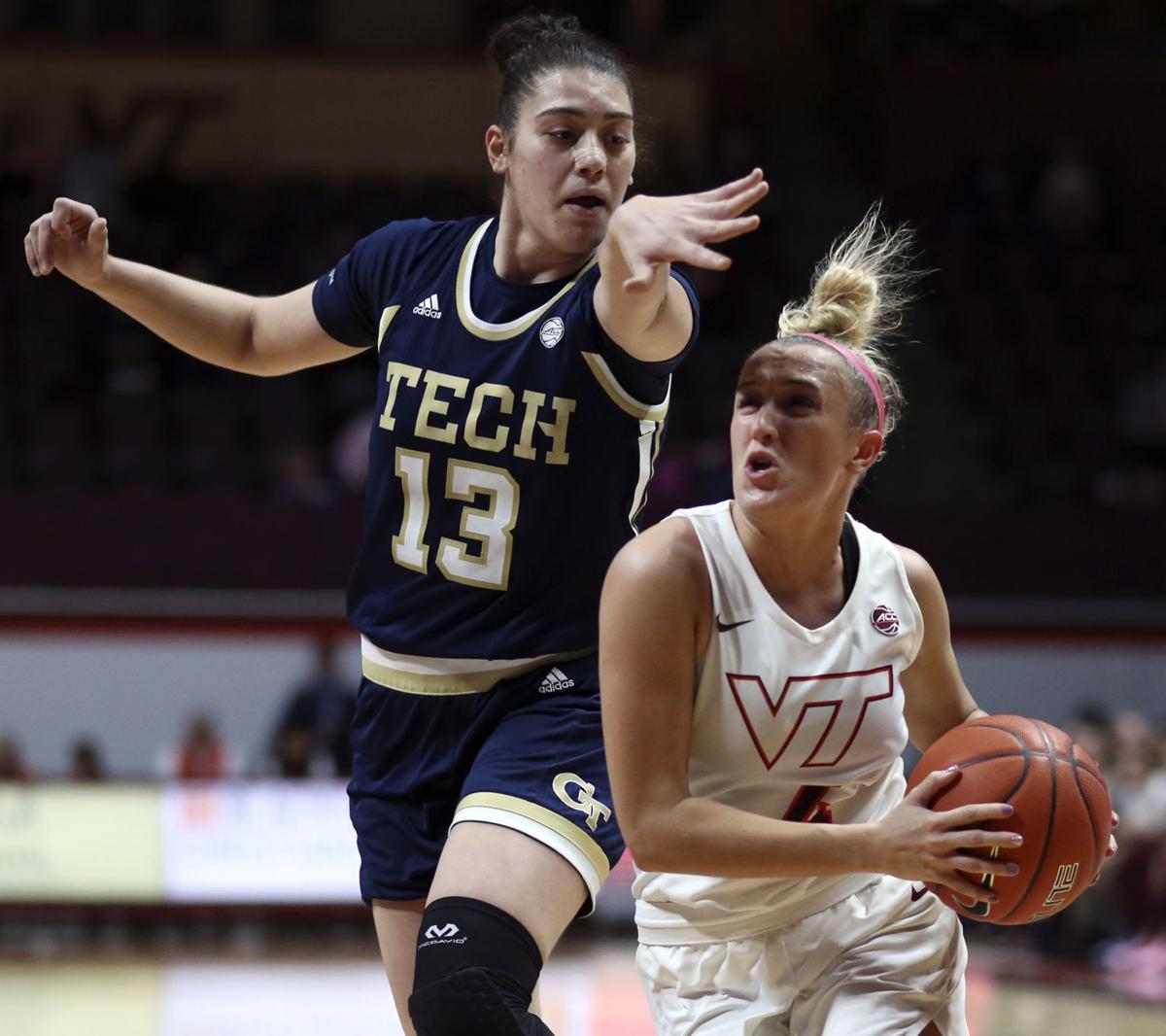 Dara Mabrey (right) of Virginia Tech drives to the basket past Lorela Cubaj (left) of Georgia Tech. Mabrey had 10 points.

Aisha Sheppard celebrates as time expires at the end of Virginia Tech's overtime win. She had 17 points.

Dara Mabrey (right) of Virginia Tech drives to the basket past Lorela Cubaj (left) of Georgia Tech. Mabrey had 10 points.

BLACKSBURG — The Virginia Tech women's basketball team was picked 10th out of 15 teams in the ACC's preseason poll of coaches, media members and sports information directors.

The Hokies are making that prediction look foolish.

"We were picked preseason to finish 10th and we're making a statement," said Tech junior guard Aisha Sheppard, whose 3-pointer late in regulation forced overtime. "That's always going to stick with us in the back of our minds throughout the rest of the season."

The Hokies, who until this year had never won more than six ACC games in a season, improved to 18-6 overall and 8-5 in the ACC.

Virginia Tech remains on track for its first NCAA tournament berth in 14 years. The team was projected to make the NCAAs as a No. 7 seed in ESPN's latest "bracketology" Tuesday.

"We're starting to lick our chops a little," said Sheppard, who had 17 points.

The Hokies recorded their first OT win of the season. They lost in OT at Duke last month.

"Against Duke, we didn't finish the game strong," said freshman center Elizabeth Kitley, who had 14 points. "This time we knew we could, and we knew what we had to do. We had to be calm. Intensely calm."

Virginia Tech is tied with Duke for fourth place. The top four teams in the final standings will get a double bye in the ACC tournament.

The Hokies have five regular-season games left, including a home game with Duke.

"We want to get the double bye," Brooks said. "We're in position to do that if we just win."

"I knew if I let nerves get to me then I definitely wouldn't make them," Kitley said.

Kitley had five of the Hokies' eight points in the fourth quarter.

Kitley got the ball inside and passed it to Sheppard on the perimeter. Sheppard drained a 3-pointer to tie the game at 55 with 13.3 seconds left in regulation.

"It was just honestly a rhythm kind of play," Sheppard said. "The pass was on the money and I just let it fly."

"Liz was a decoy. We threw the ball inside; we knew they were going to suck in on her," Brooks said. "We had Shep coming off of a screen, and they executed it perfectly."

Sheppard's 3-pointer was only the team's second basket of the fourth quarter.

After Cole (eight points, eight assists) made one of two free throws with 19.8 seconds left, Fletcher missed a jumper.

Kitley grabbed the rebound and was fouled. She made one of two free throws to extend the lead to 64-61 with 10.6 seconds left.

Pan missed a 3-pointer with three seconds left in OT.

The Yellow Jackets, who entered the game ranked first in the ACC in scoring defense (50.9 ppg), led 26-20 at halftime.

"We just didn't have any rhythm on offense because they're just so long," Sheppard said.

But after making only two 3-pointers in the first half, the Hokies went 5 of 5 from 3-point range in the third quarter. They led 47-44 entering the fourth.

"We gave them a little too much room [on the 3-pointers]," Fortner said.

Lydia Rivers had 13 rebounds for the Hokies.