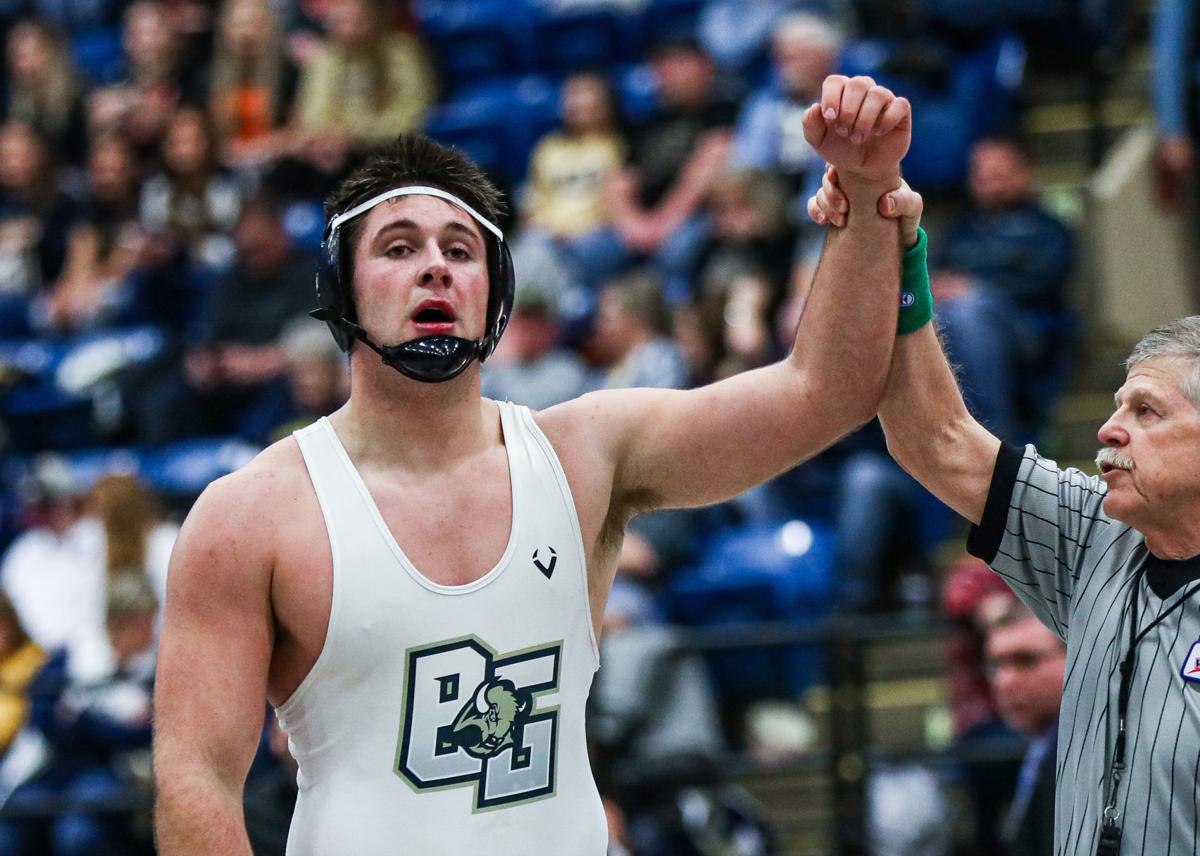 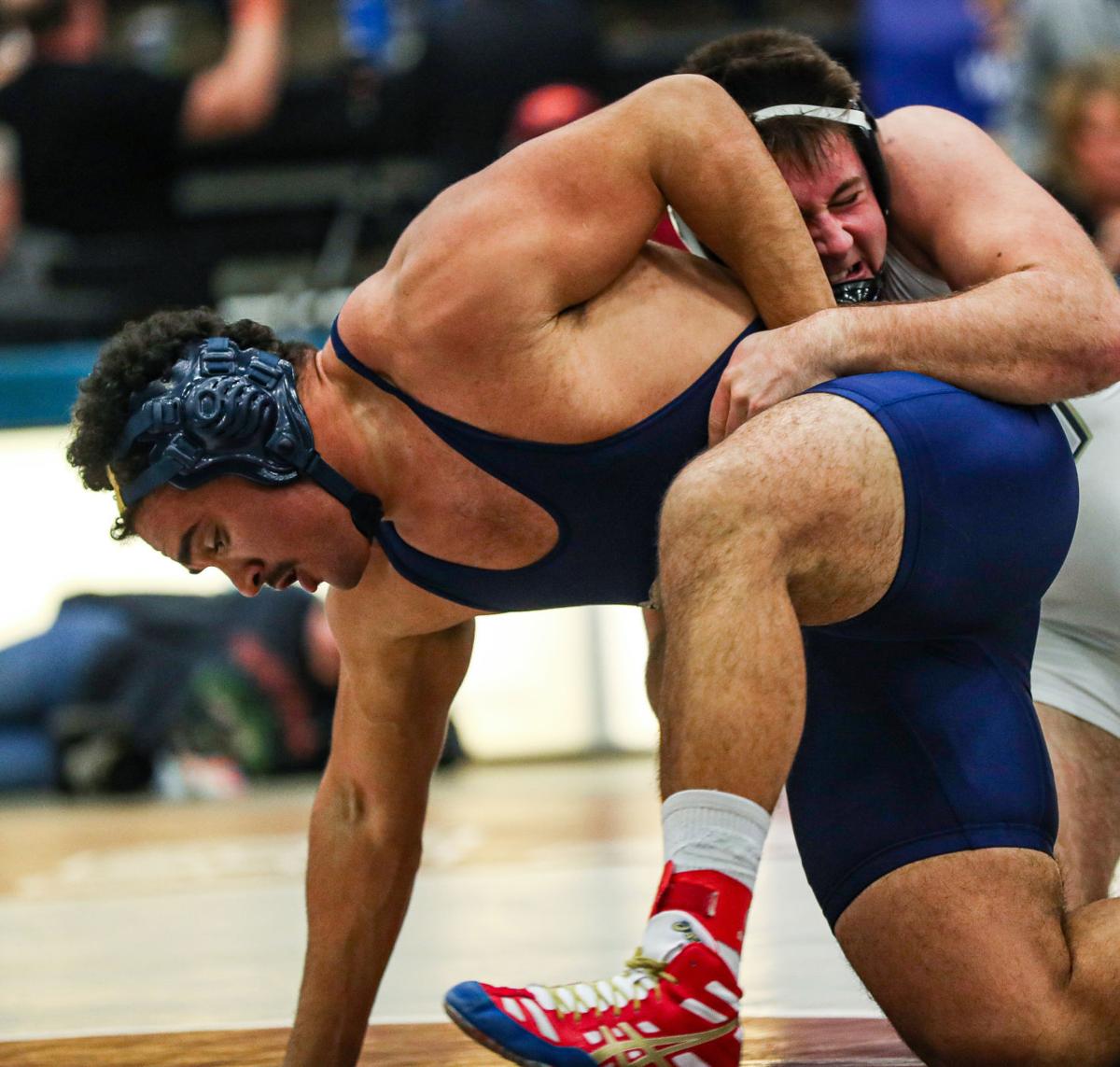 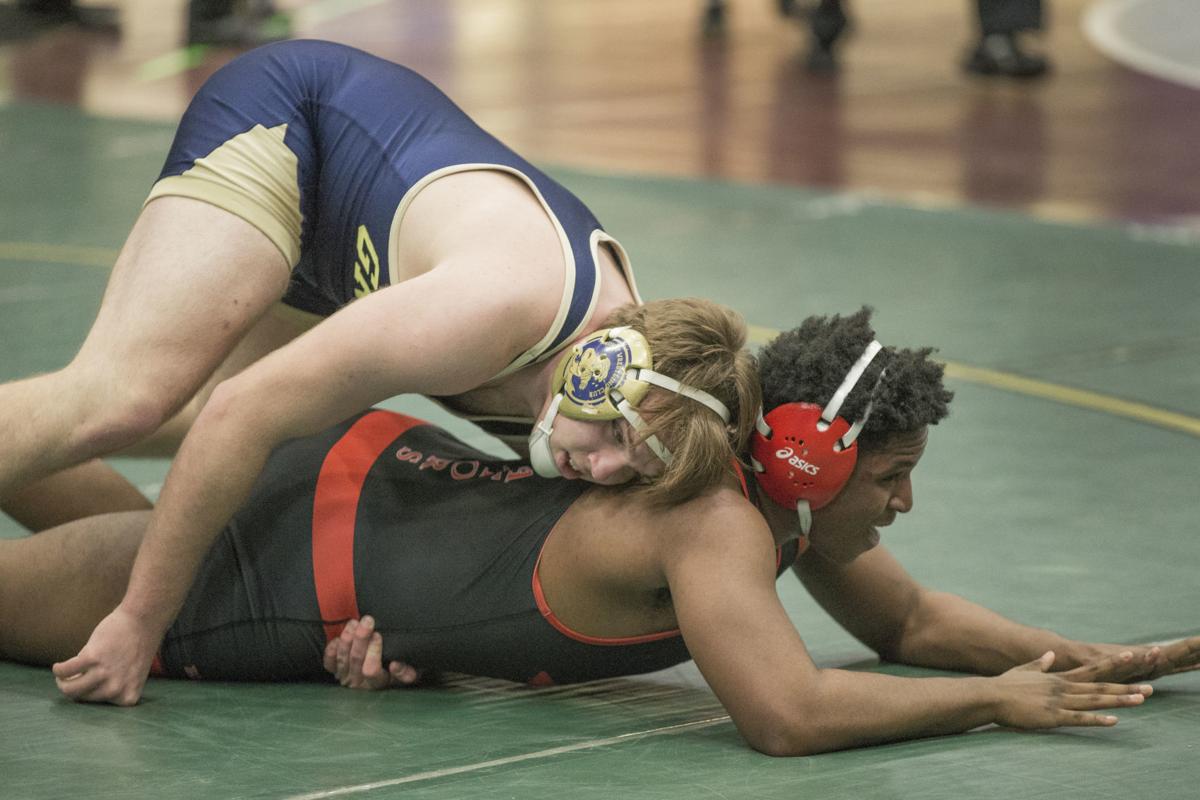 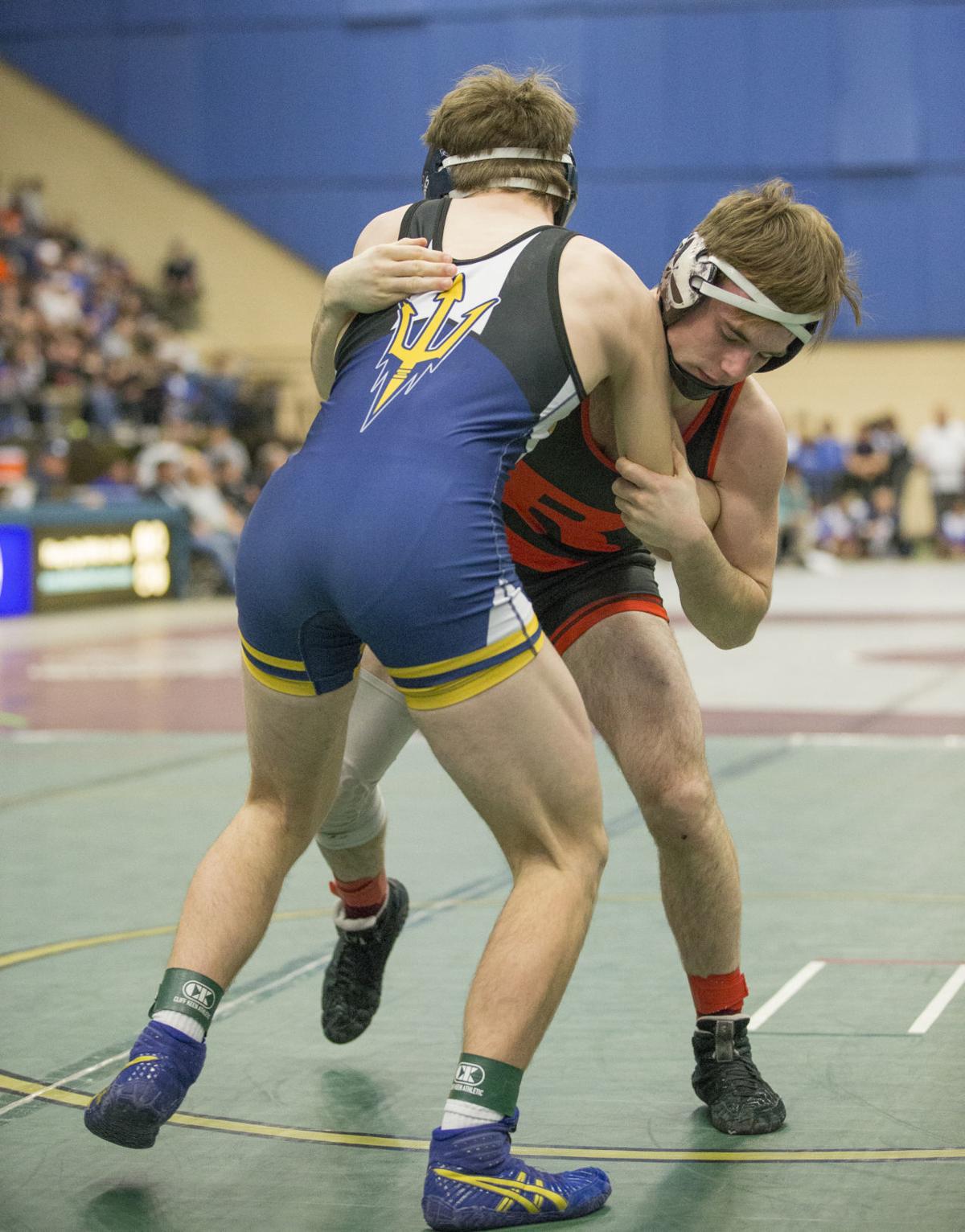 Jude Robson and Lane Cash of Riverheads, along with Buffalo Gap’s Seth Fitzgerald picked up individual state titles at the Salem Civic Center.

For Robson, a junior at Riverheads, after winning by decision in Friday’s quarterfinals, advanced to the finals on Saturday morning by shutting out Blake Battaglia of Rural Retreat 7-0.

“He had the right mindset,” said Riverheads head coach Scott Swats. “He can compete on the mat with anybody.”

Then in the 113-pound final, Robson won a 5-1 decision over Grundy’s Caleb Horn.

He got that and after getting a third period escape, capped it off with a takedown to close out Horn.

“I did a fake, got him off-balance and pushed him back,” Robson said.

“Jude was totally offensive and is a hammer on top,” Swats said.

Then at 145 pounds, Cash picked up a 9-0 shutout over Grundy’s Jacob Stiltner to advance to the title bout versus Dalton Biggs of Grayson County. He pinned Stiltner in the second round.

Trailing 3-2, Cash used his favorite move, a bundle finish with leg laces to turn the tables.

“This was my last chance — I wanted to leave everything out there,” Cash said. “It was a rematch so it gave me a chance to redeem myself.”

Cash was the state runner-up the previous two seasons.

“The senior got his win,” Swats said.

Cash intends to wrestle at Ferrum College next year.

In the 220-pound final, Buffalo Gap’s Fitzgerald won an exciting 6-4 overtime decision over Clayton Junior of Bluestone. This was also a repeat of last season’s finalists in which Junior won.

“Seth is the heart of this team,” said Buffalo Gap head coach A. J. Dobzeniecki. “He’s a great role model.”

Fitzgerald scored a very late escape to tie the match at four-all and sent it into the extra minute overtime period.

Fitzgerald intends to play football next season at Frostburg State. He hopes to play baseball and maybe even compete on the Bison track team this spring.

“I trained a little harder and used my experience,” Fitzgerald said. “I used a double leg takedown to win. I couldn’t go out any other way.”

Three other area grapplers made it to the finals and were runners-up. Sophomore Kaelin Kwiecinski (160) of Riverheads and senior teammate Jonah Robson (220) finished second with Robson advancing to the finals with an exciting four-overtime win in an “ultimate rideout” where he picked up an escape point to win 3-2.

Kwiecinski lost 5-0 to Tanner Schaller of Mathews after losing to the same wrestler by a 16-0 score in last week’s regional final.

“I’m extremely pleased,” Swats said. “Kaelin has shown a lot of improvement and battled all year while Robson has really opened up the last three weeks and made it to the state final.

Stuarts Draft’s Daniel Parkulo (106) was also in the finals, losing a tight 3-2 decision to Ethan Asher on a late escape point by Asher.