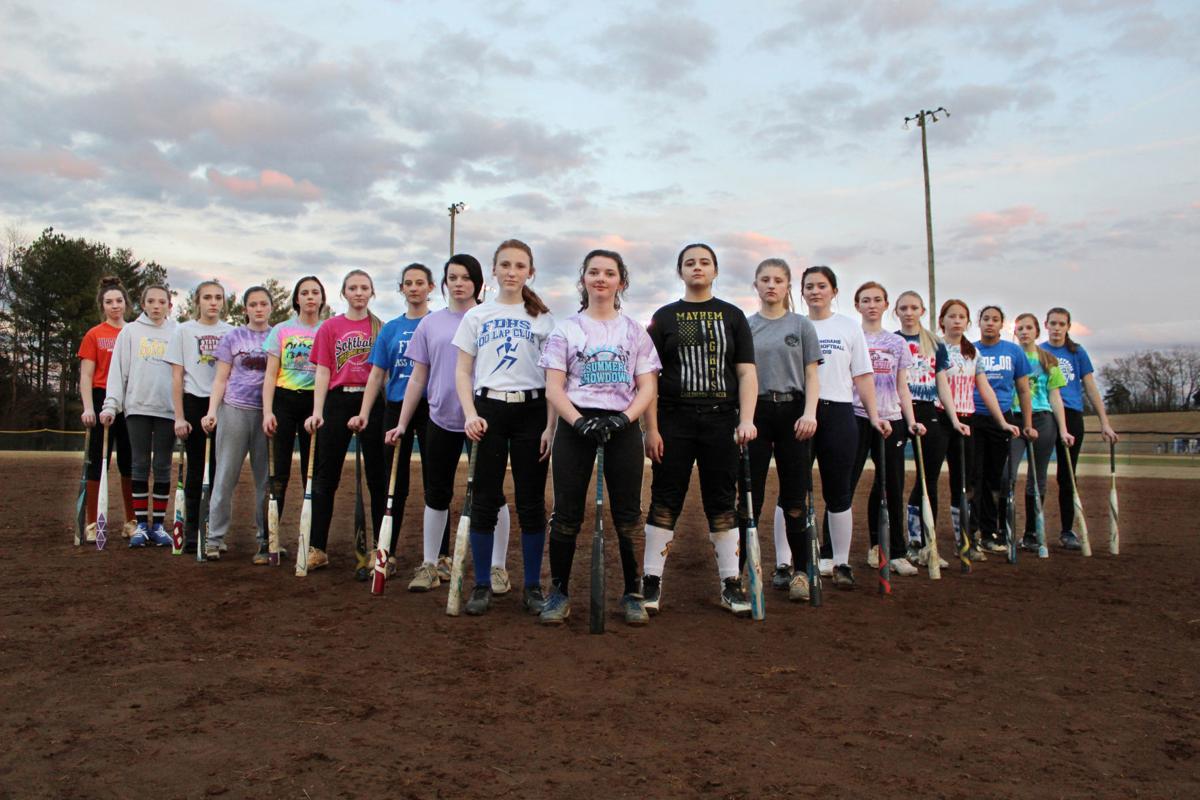 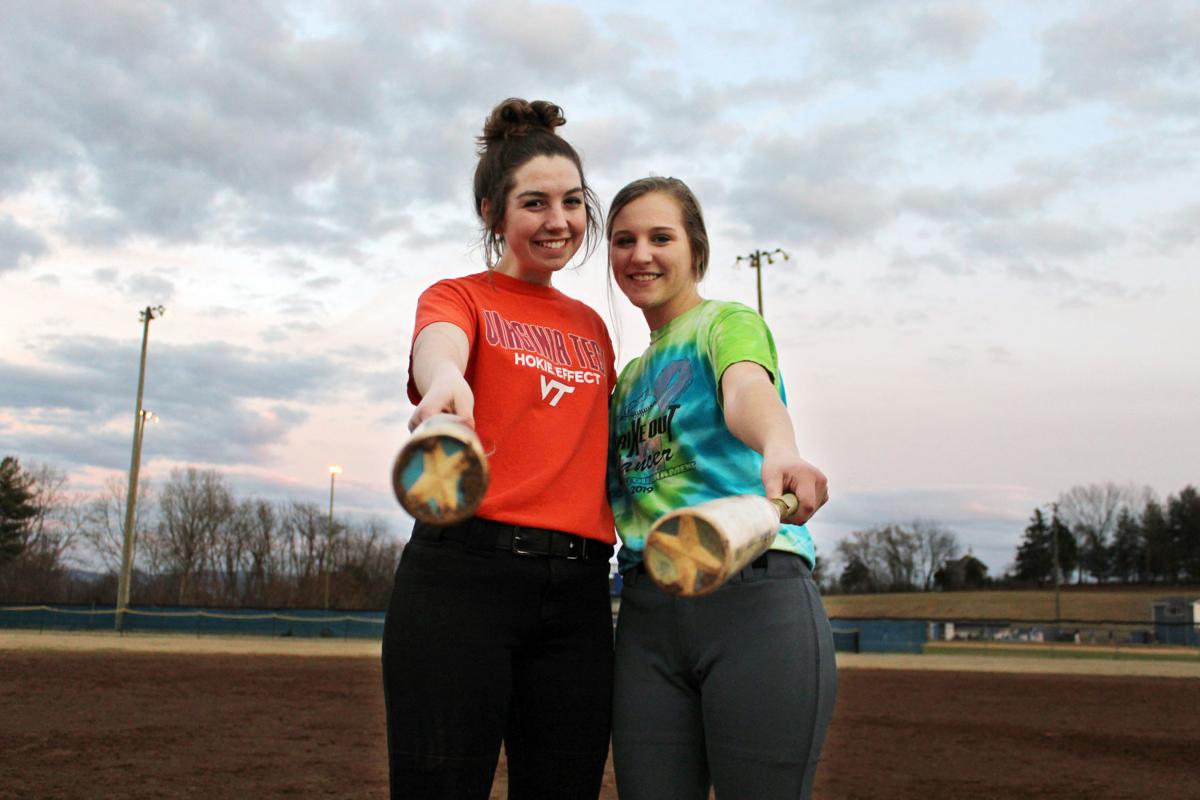 FORT DEFIANCE — High school athletes battle various opponents on the field and the court every sports season in the Valley, but a group of girls in Augusta County have taken their battle off the field.

To the county school board and the Augusta County Board of Supervisors, several softball players are insisting that lights be installed on the softball fields at all five high schools.

Four of the county’s five baseball fields have lights, with Riverheads being the only field without them. Wilson was the first baseball field to have lights when the poles and fixtures were installed in 1988.

Stuarts Draft, Fort Defiance and Buffalo Gap had lights installed in the late 1980s and early 1990s. The wooden light poles and fixtures at the five schools were installed and paid for by booster clubs and volunteers, not the county, said Bill Johnson, who has been affiliated with the Wilson Memorial baseball team for decades. The county did pay for the press box at Wilson Memorial, he said.

“The county did not spring for baseball lights,” Johnson said. “Individuals paid for them, sometimes with loans.”

In the late 1990s, the wooden poles at Stuarts Draft were condemned and replaced with metal poles paid for with insurance money, Johnson said.

“I understand why they want lights,” Johnson said of the softball players. “It would be helpful, especially if you want to host a tournament or play games later in the evening because of heat.”

“If it’s tied and they run out of light, the teams have to come back another day to finish the game,” Johnson said. “Some softball games can last 15 innings when they are playing somewhere with lights.”

However, it’s rare when that happens, he said.

At the Feb. 12 Augusta County Board of Supervisors meeting, Beverly Manor Supervisor G.L. “Butch” Wells said he has not spoken to anyone opposed to installing lights on the softball fields.

“It’s just a matter of how we’re going to pay for it,” Wells said. “So don’t you all be disheartened, and don’t you all sit there and think that you’re not important, because you’re important to everybody in this room. And what happens now is it’s up to the adults to figure out what we’re going to do to make this work.”

Wells said the school board could return to the supervisors for discussion, adding “the goal is we get it done.”

On Thursday, Collins, who has served 21 years on the board, told The News Virginian the softball field lights “have been discussed and on our maintenance schedules for a number of years.”

However, the lights “seem to always be a lower priority” because boilers, chillers, and school roofs need to be replaced with the school system’s limited funds.

Collins said the lights have not been installed yet due to funds and the school system’s other operating priorities.

“The plan at the moment is to add lights to one field per year,” said Collins in an email statement. “We have designated $200,000 in our initial operating budget for next year and will do the same in future budget years.”

Riley Breeden, a 15-year-old sophomore at Fort Defiance High who has been playing softball for eight years, says playing helps her relieve stress.

“It’s just been a sport that I’ve been able to stick to,” Riley said.

“I think we need lights,” Riley said. “It gets dark. We can’t see. It’s not fair when games get cut that could get us to district championships.”

She said she is hoping that within the next two or three years the county school board can get lights installed on the softball fields.

Courtney Begoon, 16, is a sophomore at Fort Defiance High who has been playing softball since she was 4 years old.

She said softball has been a big part of her life for most of her life, and has enabled her to meet her best friend and to travel the East Coast.

“I’m very competitive, and we lost a game because we didn’t have lights on the field,” Courtney said of why she took up the fight almost a year ago to bring lights to the softball field behind Fort Defiance High, and at the county’s four other high schools.

The final score of the game in question last spring left Fort Defiance as the losing team in the last inning. Courtney said if the team could have finished the game, it might have rallied back and beat its opponent.

“We could host regionals or districts, which could bring in revenue and help the county,” Courtney said as another reason why lights should be installed on all softball fields at county schools.

The team just started practice this past week.

“There’s a lot of talent I can see,” Courtney said of Fort’s 2020 spring season.

Todd Wood joined Fort Defiance’s softball program six years ago as a volunteer assistant on the varsity team. He has been softball coach for five years.

“I think the girls deserve [lights on the field],” Wood said.

As a coach, he gets frustrated when games are cancelled because it gets dark outside.

“They would play the full game,” Wood said if lights were on the field. “There would be no cancelled games.”

Wood said last year a game against Broadway got called when the sun set and the field was dark, and as Wood and his team walked away from the field, they could see a team playing on the field with lights right next to their team’s field.

“It just kills you,” Wood said. “I don’t want anything taken from the other kids. I just want [lights on the fields] for the girls.”

One reason why having to end games early might hurt For Defiance is because they will be facing more competition to reach the state tournament. Instead of competing in the Valley District where up to three teams are able to earn automatic bids to the state tournament, Fort Defiance will be a Class 3 team in the Shenandoah District for the first time, joining county rival Wilson Memorial.

Between Fort and Wilson, only one team can recieve an automatic bid to the state tournament. In order to qualify for states, the other team has to finish in the top eight.

“This year in Shenandoah District we have to be better than Wilson Memorial,” Wood said.

Rebecca Breeden, vice president of the New Hope Ball Club, took up the charge as a player’s mother almost a year ago after several players approached her.

“This isn’t fair,” Breeden said. “This is what we’re dealing with county wide.”

Breeden said Megan Good played softball at Fort Defiance, went on to graduate from James Madison University and now plays for the USSSA Pride, an independent professional softball team based in Florida.

“The Board of Supervisors and the school board need to come up with a plan,” Breeden said. “It’s gone on long enough.”

Breeden said county residents pay taxes, and she thinks their tax dollars should go toward installing lights on the county softball fields.

“This is investing in our future,” Breeden said. “These kids are the future of Augusta County if they choose to stay here. Why wouldn’t you want to invest in them?”

The team’s first game is at Fort Defiance against Turner Ashby on March 17.

» An online petition is available at www.change.org/p/augusta-county-board-of-supervisors-lights-on-augusta-county-school-softball-fields-and-the-one-baseball-field-with-no-lights

Pyles: County should install lights on softball fields this summer

The question for Augusta County’s Board of Supervisors and school board is not “how can we?” when considering whether or not to put lights on …