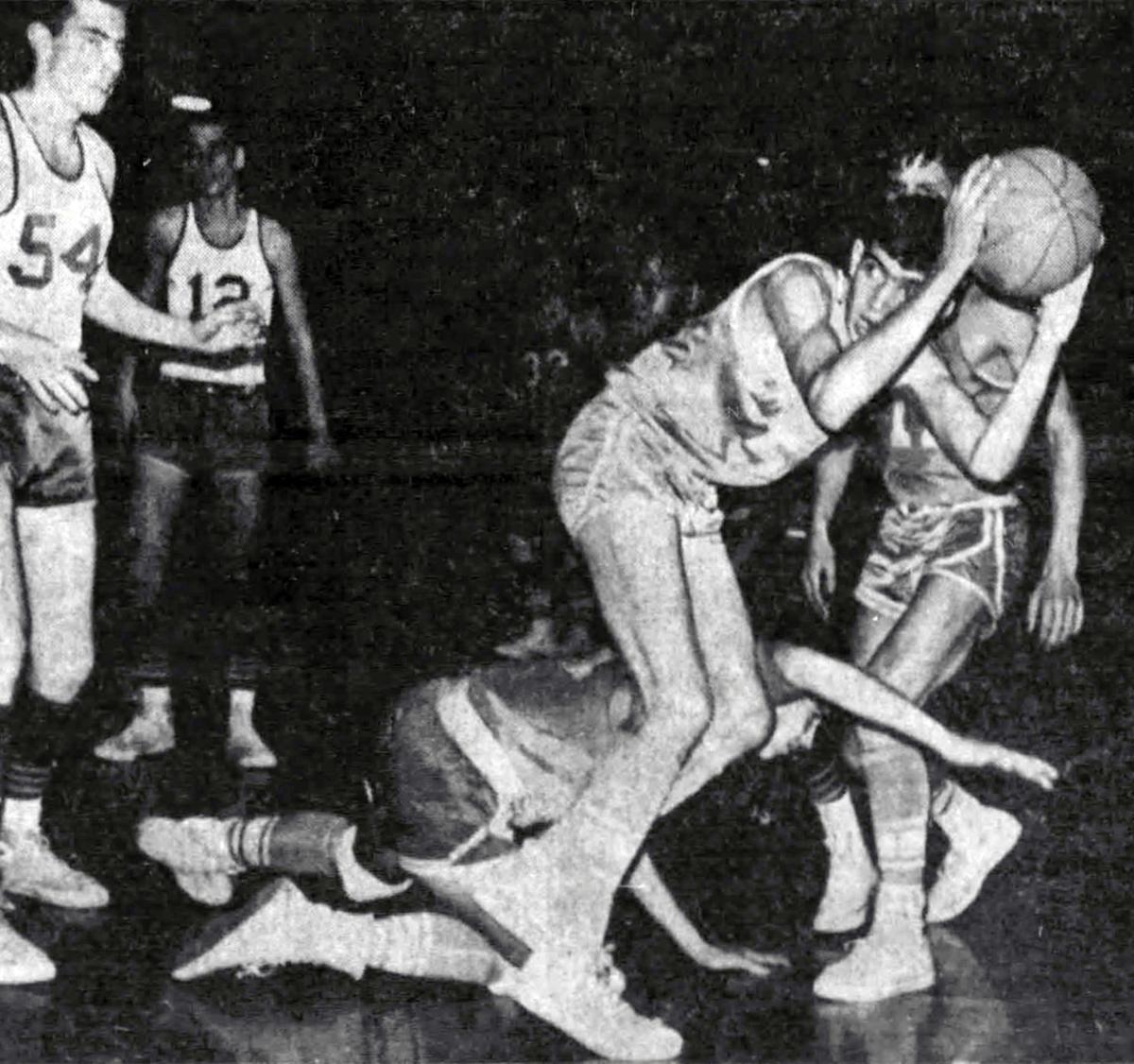 Emmett Hanger, a leader on the Fort basketball team, looks for help in a game in February 1966. 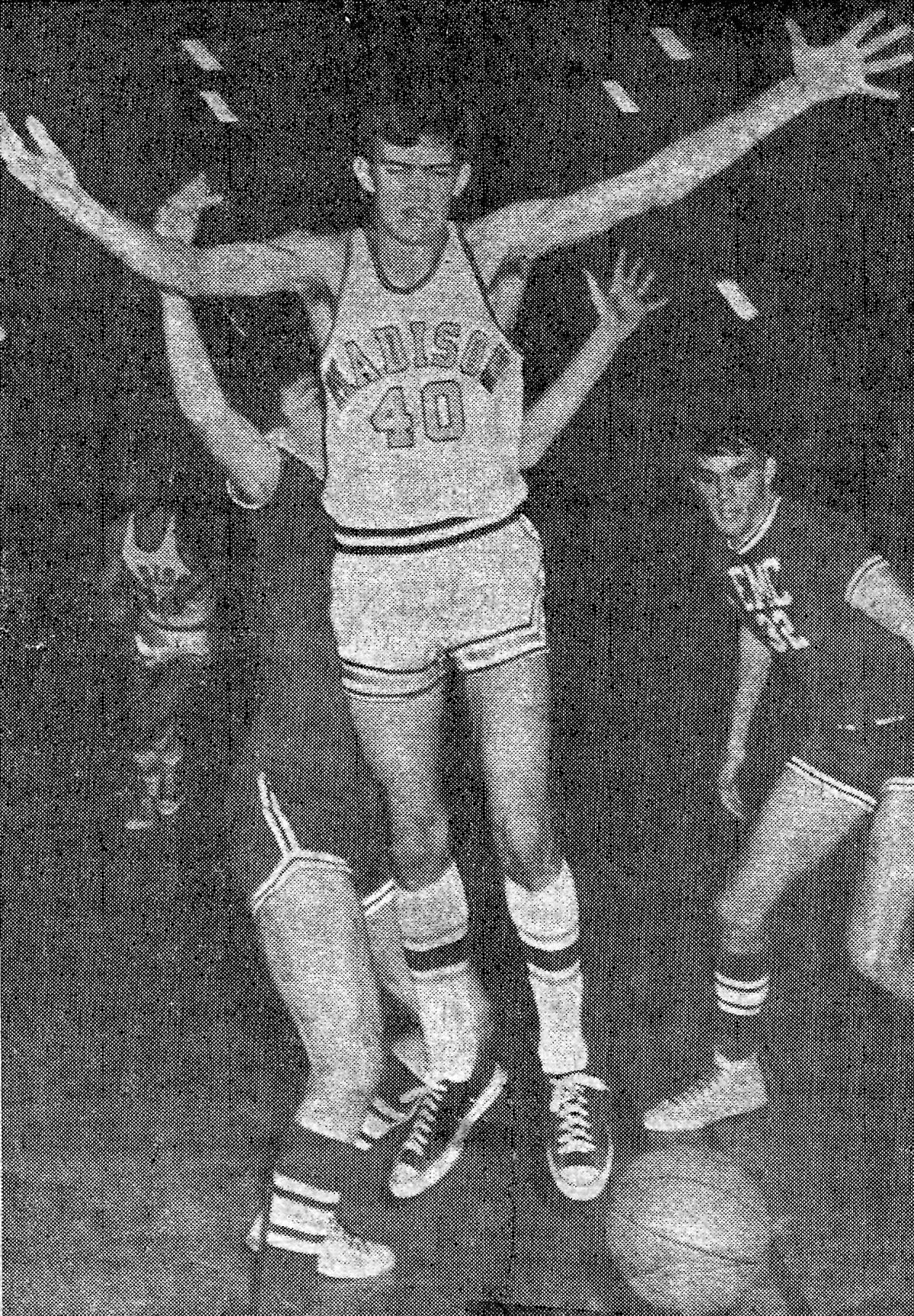 SubmittedEmmett Hanger was a starter for the Madison College basketball team his freshman year in 1967-68. 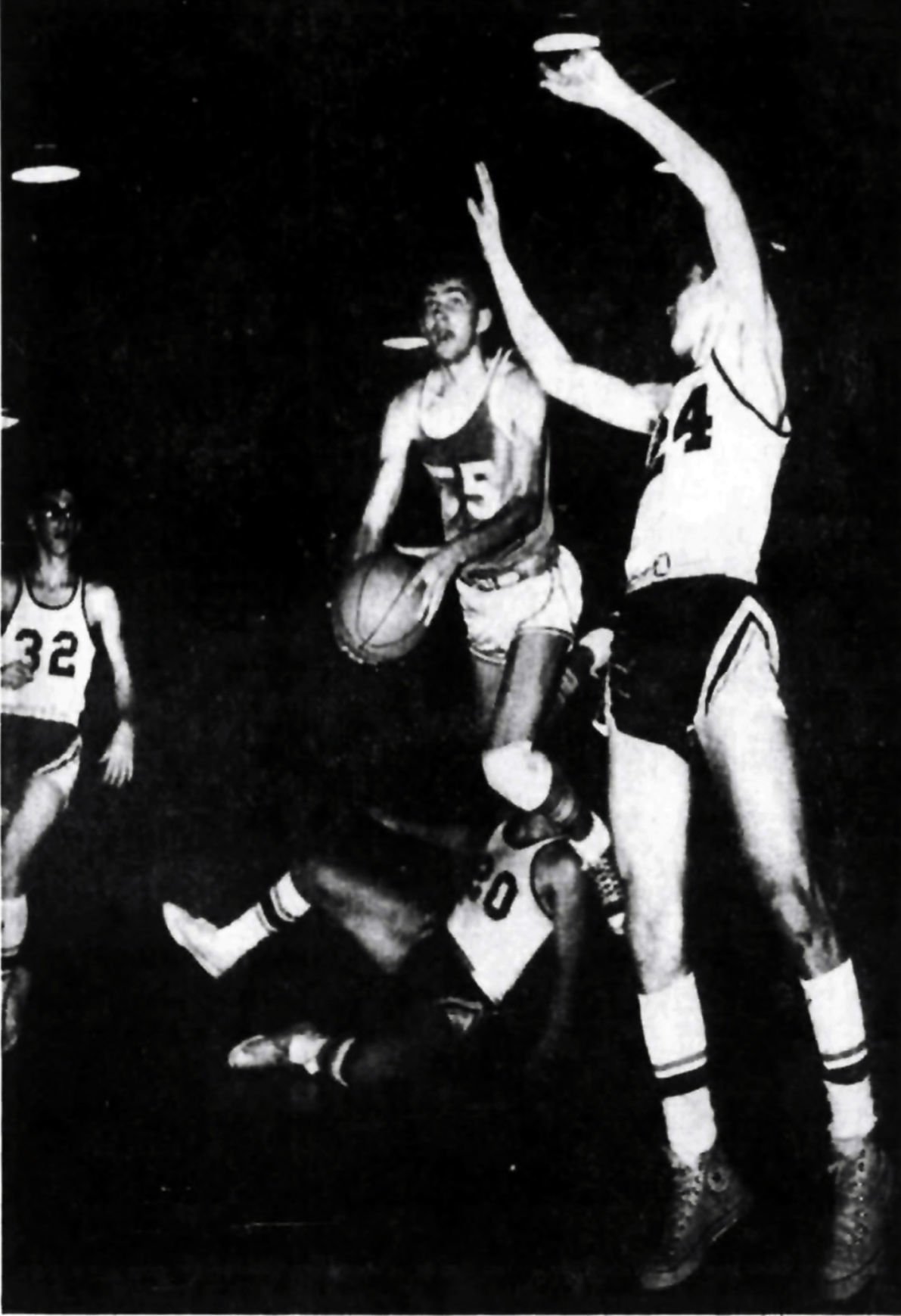 Emmett Hanger of the Fort Defiance Indians goes in for a scoop shot in Feburary 1967. 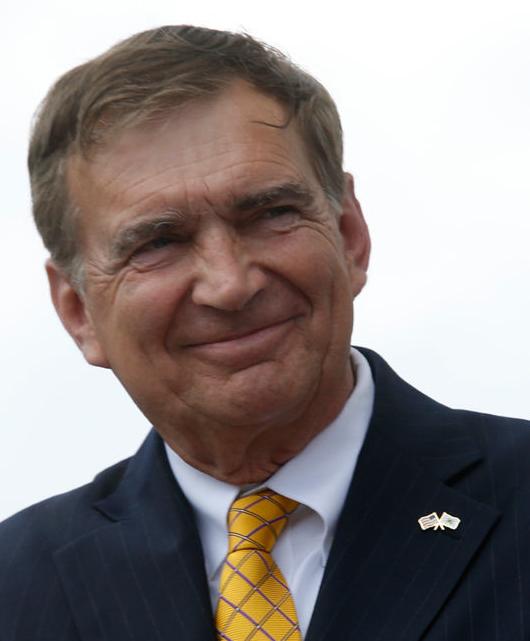 Nancy Sorrells writes stories about sports and history, including an occasional column, for The News Virginian.

Emmett Hanger, a leader on the Fort basketball team, looks for help in a game in February 1966.

SubmittedEmmett Hanger was a starter for the Madison College basketball team his freshman year in 1967-68.

Emmett Hanger of the Fort Defiance Indians goes in for a scoop shot in Feburary 1967.

With sports sidelined by the coronavirus pandemic, I have been digging into our area’s athletic past to find newsworthy athletic stories. In looking through past newspaper coverage of area high school sports, I ran across a familiar name — Emmett Hanger — and decided to dig a little deeper.

Yes, that Emmett Hanger — the same man who has served our area as a state senator in the Virginia General Assembly since 1996.

The basketball action shots from 1966 and 1967 in the newspaper really made me smile ... and remember. Hanger was a student-athlete at Fort Defiance High School exactly a decade before I was a student-athlete at Riverheads. And the on-court getups of the 1960s were much closer to what we were wearing in the 1970s than to uniforms of today. The shorts were a lot shorter, the socks were a lot longer and everyone wore Chuck Taylor high top basketball shoes.

So there was Hanger in all his athletic glory. And, even though to this day he is still a long, tall glass of water, in the 1960s he was a beanpole flying through the air with arms and legs stretched out like blades on a helicopter.

A little research revealed to me that Hanger was the best player on a not-so-great Fort team his senior year, which was the 1966-1967 school year. He was named the school’s top basketball player that year and was the third best scorer in the district, averaging 16.7 points per game.

But Hanger’s real “game” in school was FFA — Future Farmers of America. The agricultural training and leadership skills that he received through participation in that school’s chapter would serve him well throughout his life. In both his junior and senior years, he received FFA awards for his public speaking. In June of 1966 he advanced to the state FFA public speaking contest with a talk entitled “A Reflective Glance at American Agriculture.”

And he turned that leadership and parliamentary procedure training that he received in FFA into action. In what was, perhaps, a glimpse into the future, he was elected president of the Fort Defiance High School senior class.

After turning up all of this information, I decided to contact Hanger and get his take on those “blast from the past” photographs. His response was fascinating and revealing. Those of us who have been involved in athletics our whole lives are often want to say that participation and competition in athletics go far behind the highs and lows of actual game competition. “It’s not just about winning, but rather about the game of life and the lessons learned,” we say.

Hanger’s answer to my query about his basketball participation brings real meaning to what sometimes probably sounds like hollow clichés.

“Yes, I enjoyed playing basketball at Fort Defiance,” he said when I emailed him the photos, but quickly added. “Actually basketball had more of an impact on my life than I had on basketball. My mom and dad only went through the seventh grade, so high school completion was the focus and I wasn’t planning to go to college.”

He explained that he had actually signed up for the apprenticeship program at Newport News Shipbuilding for further job training after high school. And then a small college up the road started accepting male students and needed to build its men’s athletic programs. That college, known today as James Madison University, was known then as Madison College. It was a college for women teachers founded in 1908 and men were not accepted on a regular basis until 1966, a year before Hanger graduated from Fort Defiance.

With the need to build up its men’s programs, the school started recruiting local athletes, including Hanger.

“They offered me a small scholarship and I got an academic scholarship from Reids Grocery in Staunton [and together] that covered my first year,” he explained.

Hanger did well on the basketball team at JMU, starting his freshman year. However, he needed to work full time in order to continue his schooling after that first year and stopped playing college basketball.

Hanger did send me another picture of him in a JMU uniform that his mother had kept. It was not unlike those high school basketball photos that made me smile.

“I was always sprawling all over the place,” he said.

Hanger went on to get a bachelor’s of science degree in business management and economics and eventually a master’s degree in business administration at what is now JMU. He served in the U.S. Army, went into commercial real estate, got married, had kids, and began dabbling in local politics. In 1979 he was elected the Commissioner of the Revenue for Augusta County, the county’s first elected Republican since Reconstruction.

And through all of that, basketball continued to play a role. For many years, the General Assembly members would square off — Democrats vs. Republicans — in a game at Virginia Commonwealth University. That game has now evolved into a Senate vs. House of Delegates game as a fundraiser for the Massey Cancer Center.

“I had a conflict and was not able to play this year,” the 71-year-old Hanger said. “But I have been telling everyone that I intend to get in shape this year and will be ready for next year’s contest. We will see if that happens.”

Over the years, I have had the opportunity to really get to know Hanger and I can only say that we should all be grateful for basketball and the opportunity it gave him. Known as a man who can work across the aisle, Hanger has worked hard through the years helping reform our health care, protect our water, and enhance our historic and natural resources, all in a fiscally responsible manner and with common sense. He has served on the Chesapeake Bay Commission for years, including as chair. Agriculture and family farms have always been a top priority with Hanger.

I guess that involvement in FFA and basketball turned out to be a really good fit for the young man from rural Augusta County.

“Because of basketball, I ended up getting a college degree. It certainly changed the direction of my life,” Hanger said.

And for that we should all be thankful.

Nancy Sorrells is a columnist and sports writer for the News Virginian.