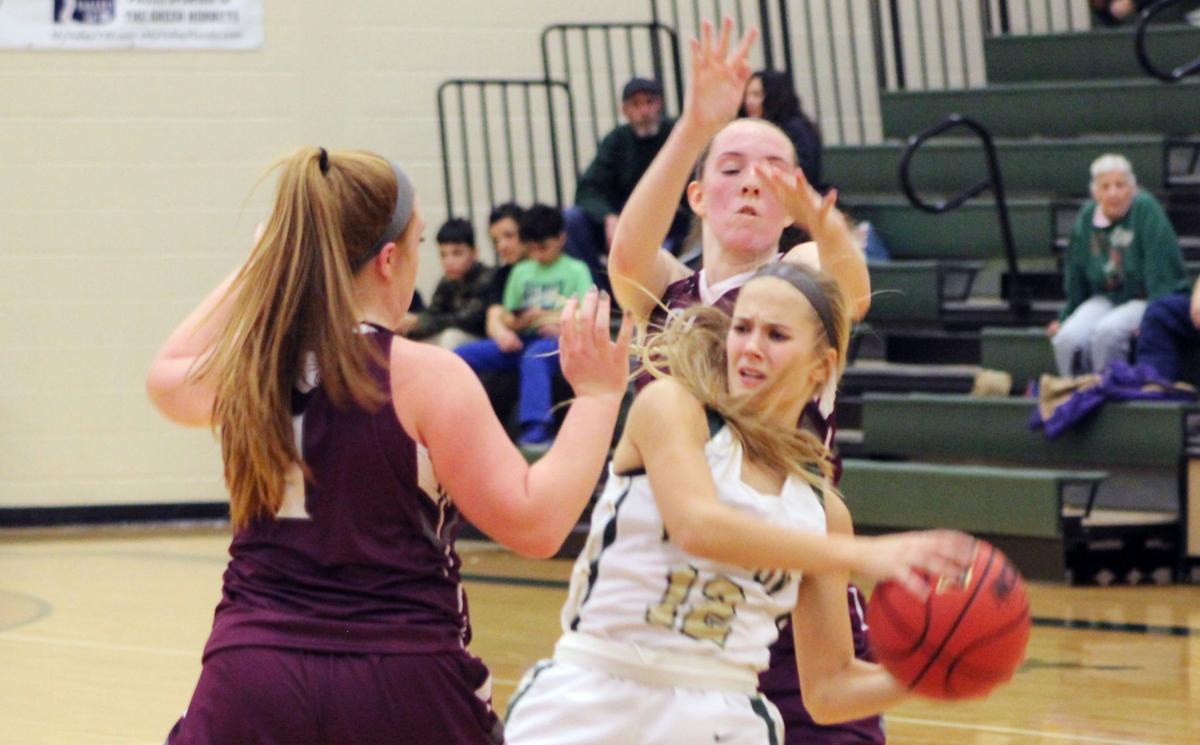 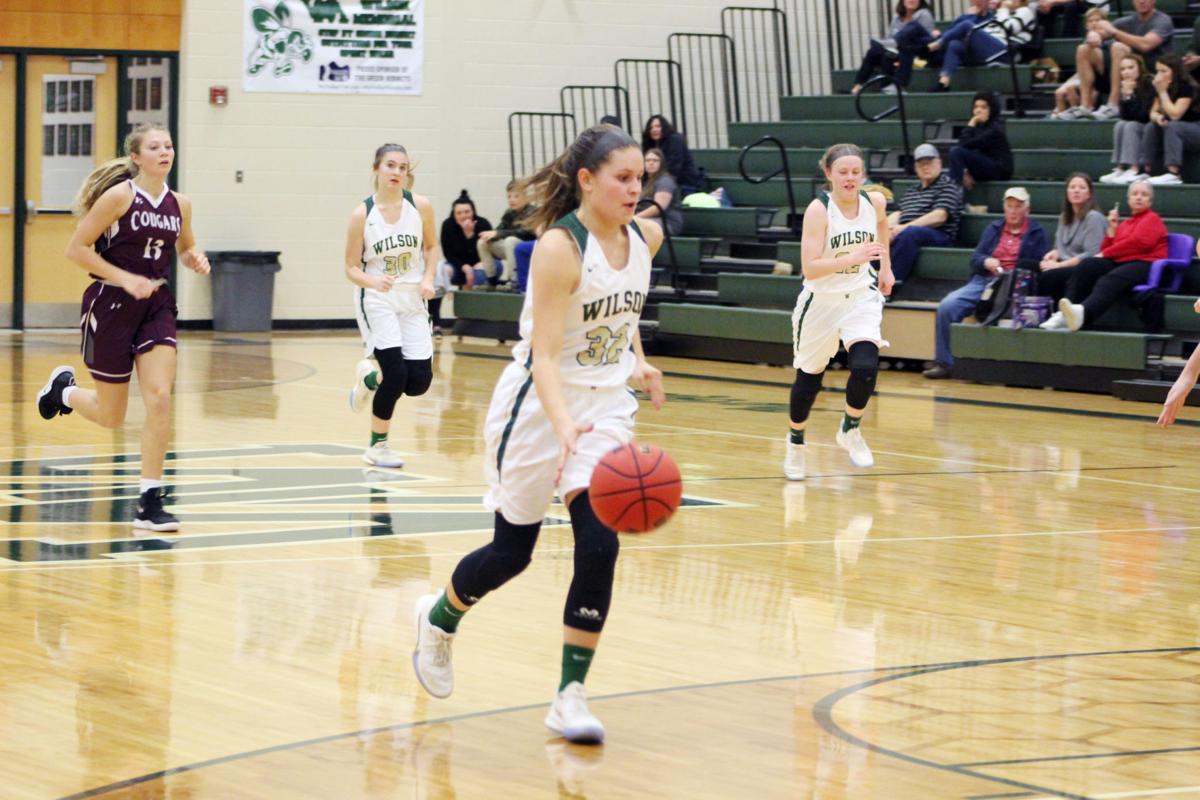 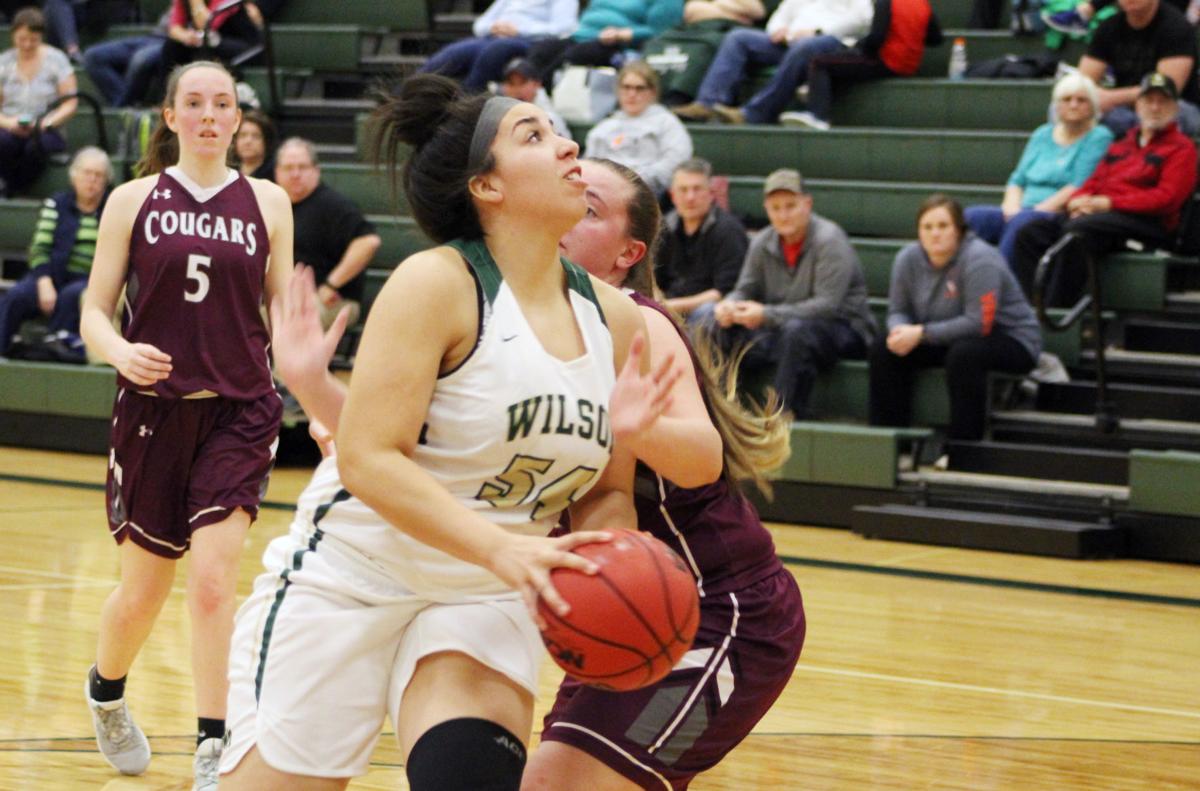 The Hornets have won four straight and seven of eight to charge up the district hierarchy after a slow start.

After scoring only 23 first-half points, Wilson erupted for 24 in the third quarter behind a hounding defense, turning a four-point halftime lead into a commanding 47-34 advantage.

As the regular season begins its penultimate week, the Hornets and Cougars are in a mad scramble for seeding in their respective regions with only three games remaining after Tuesday’s action.

Wilson (11-8, 5-2) is locked in a tight battle with Fort Defiance for the district’s automatic berth into the Region 3C tournament. Whichever team ends up with the best district record, grabs the bid. The Indians have a one-game lead on Wilson for the best mark. The other is in line for an at-large slot if it finishes in the top 8 of the power ratings.

“Second place is nice right now, but in the grand scheme it doesn’t mean much,” Wilson head coach Jackie Bryan said. “It all comes down to us and Fort, and which one gets the best record.”

Fort comes to Wilson on Tuesday for a huge showdown. The Indians won the first meeting, which is the Hornets’ lone defeat in their last eight games. However, head-to-head is not a tiebreaker. If both teams end with the same district records, there will be a special playoff to determine the automatic regional representative.

Draft (11-5, 4-3) started the week as the solid No. 3 seed in Region 2B, which brings a home game in the first round of the regional tournament. The loss ended a three-game winning streak for the Cougars, who were plagued by 27 turnovers, many of the live-ball variety that led to fast-break baskets for Wilson.

“Turnovers and offensive rebounds killed us,” Draft head coach Brad DeWitt said. “You can’t do those things against a good team like Wilson. Give Wilson credit, it played well, especially in the second half. We came in focused on slowing down Wilson’s transition game, but we didn’t do it.”

DeWitt isn’t concerned with his regional status at the moment.

“We need to focus on the next game in front of us, and get back to work and playing our style of basketball.”

The first half was played like the first game of the season with 25 combined turnovers, most unforced, and poor shooting.

Draft didn’t score until the 2:55 mark of the first period on Hadley’s May’s free throw, but only trailed 5-1.

The Cougars finally found their offense, using an 8-0 run on Madi Armentrout’s 3-pointer and Lyndsay Harris’ three-point play to take an 11-9 lead with one minute left, but Ashley Morani’s two free throws sent the game to the second period deadlocked at 11. Morani scored the final nine points of the quarter for her team.

The teams combined for 16 first-quarter turnovers, nine by the Hornets, which kept them from building on their early advantage.

Draft gained a 16-14 lead early in the second period before Madison Flint’s triple sparked a 9-3 spurt to end the half with the Hornets ahead 23-19.

The Hornets seized control in the third quarter as Draft committed eight turnovers, but none bigger than three straight live-ball mistakes that Wilson turned into six points, which suddenly doubled the margin to 36-24 with less than four minutes left in the period.

“If we can get one or two transition baskets off turnovers, we usually get on a roll,” Bryan said.

Wilson sealed the outcome with a 7-0 spurt early in the fourth quarter, keyed by Brooke Cason’s three-point play following an offensive rebound, for a 54-36 cushion.

Bryan heaped high praise on Morani, calling her their offensive and defensive hero. On defense she held Draft’s big gun McKinley Fitzgerald to only three points while guarding her.

“Her defense on Fitzgerald was key,” Bryan said. “And she picked us up on offense with big baskets at crucial times.”

Koriinne Baska led the Hornets with 19 points, while Morani finished with 18 and Flint 11.

Fitzgerald tallied 14 for the Cougars, 11 coming in the final three minutes of the game. Leah Wood contributed 10.

Both teams continue their march to the end of the regular season Friday more district clashes. The Hornets host Buffalo Gap, while the Cougars travel to Fort Defiance.

Up next: On Friday, Wilson Memorial hosts Buffalo Gap and Stuarts Draft travels to Fort Defiance.